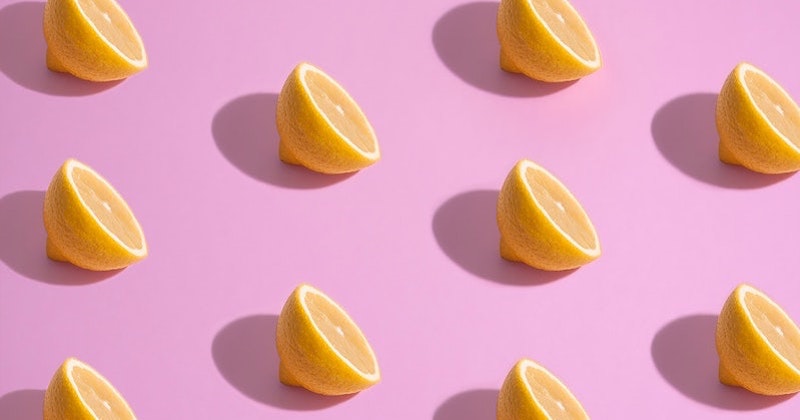 When Life Gives You Lemons, It’s a Status Symbol: On the Evolving Literary and Cultural History of Citrus

“Why, you see, the girls are always buying them, and unless you want to be thought mean, you must do it, too. It’s nothing but limes now, for everyone is sucking them in their desks in schooltime, and trading them off for pencils, bead rings, paper dolls, or something else… If one girl likes another, she gives her a lime; if she’s mad with her, she eats one before her face, and doesn’t offer even a suck. They treat by turns, and I’ve had ever so many but haven’t returned them, and I ought, for they are debts of honor, you know.”

This past year and a half, many of us were relegated to mostly virtual lives, scrolling through our phones and living vicariously through screens. Such was quarantine life during a global pandemic. A few weeks later, the baking frenzy was in full swing. Baking powder and yeast flew off store shelves as quickly as toilet paper and hand sanitizer did a month earlier. I was bombarded with images and videos of people who formerly subsisted on takeout burgers and sushi, now proudly boasting their homemade garden-vegetable focaccia breads, scones, and cupcakes. Self-reliance at its finest, starting in the kitchen.

I also became inspired to try my hand at baking cakes and biscuits. The biscuits turned out hard as rocks and surreptitiously fed to neighboring pigeons, but I wasn’t deterred. In fact, I became even more dedicated and industrious. I decided that I wanted to bake a cake and attempt to decorate it like a professional pastry artist. Amateurs may deal with frosting and measly sprinkles, but I wanted to make something that would be a luxurious feather in my cap: handmade candied lemon and lime slices.

As I loaded my virtual shopping cart with the citrus beauties, I was reminded of one of the most iconic scenes in children’s literature: Amy March and her pickled limes ordeal in Louisa May Alcott’s Little Women. Amy, the youngest of the four March sisters and arguably the one with the most refined (snobbish) taste, is in heavy debt for pickled limes, which are the most popular treat at her school. She says, “They treat by turns, and I’ve had ever so many but haven’t returned them, and I ought, for they are debts of honor, you know.” Amy, conscious of her family’s genteel poverty, has her spirits and esteem uplifted by these enchanting pickled limes. That is, until one jealous classmate tattles on her, and her dreadful teacher sadistically makes her toss the limes away, two by two. This scene has been immortalized in Alcott’s timeless novel and in numerous film adaptations, including Greta Gerwig’s 2019 Academy Award-winning vehicle.

With her little brown bag of limes, Amy March is on top of the world. In the context of Alcott’s Civil War-era narrative, limes and lemons are a status symbol. Citrus is currency, and it generates honor, attention, and adoration. Revisiting this scene made me wonder: have lemons and limes always been cherished? Were schoolchildren who lived during this time period, a la Little Women, the only ones who treasured these citrus fruits as the gold standard? Why is the idea of “life handing you lemons” regarded as a negative?

My research turned out to be quite fruitful (pun intended), as I learned, “Citrus fruits were the clear status symbols of the nobility in the ancient Mediterranean,” according to a study led by archaeobotanist Dr. Dafna Langgut of Tel Aviv University’s Institute of Archaeology and The Steinhardt Museum of Natural History. This research, later published in HortScience in 2017 and reported in Science Daily, reveals the surprising history of citrus fruits. The researchers at Tel Aviv University analyzed everything from ancient texts, art, and artifacts, to archaeobotanical remains such as pollen and seeds.

The spread of the citron was aided not necessarily by its culinary qualities, but by its high social status, religious affiliation, and rarity.

Today, bright citrus orchards dot the Mediterranean landscape, but this was not always the case. Before the first century AD, citrus was exceedingly rare in ancient Rome. According to Dr. Langgut’s research, the only citrus available were citrons and lemons, and these were not native to the Mediterranean Basin. Citrus originated in Southeast Asia, and to travel all the way to Rome in ancient times meant it was extraordinarily uncommon, expensive, and prized by the wealthy upper class.

The earliest botanical remains of the citron were found in a Persian royal garden near Jerusalem and presumably spread to other parts of the Mediterranean. The rough-skinned citron was the first citrus to arrive in Rome. The botanical remains of the earliest known lemon in ancient Rome date back to around the time of Jesus Christ and were found in the Roman Forum. Unlike the lemon, the citron was mostly rind and dry, and tasteless. Only the privileged could afford the citron, which they coveted for its healing qualities, symbolic use, and pleasing scent.

Therefore, researchers surmised, the spread of the citron was aided not necessarily by its culinary qualities, but by its high social status, religious affiliation, and rarity. Around the tenth century AD, other citrus such as sour oranges, limes, and pomelos were introduced to Europe by Muslim traders via Sicily and the Iberian Peninsula. Sometime in the 15th century, the sweet orange arrived in the West. By the time mandarin oranges arrived on European tables in the 19th century, the citrus had become the common cash crops we see in supermarkets instead of rare, ceremonial luxury items.

If citrus was valued for its social status, what is the history of the lemons-to-lemonade proverbial phrase? Something this profound must date back to ancient times, right? In fact, this aphorism was created in 1915 by Christian anarchist writer Elbert Hubbard, who eulogized an actor’s positive attitude and determination. Many contemporary authors also credit the phrase to self-improvement guru Dale Carnegie, who used the phrase “If You Have a Lemon, Make a Lemonade” in his popular 1948 book How to Stop Worrying and Start Living. Pithy and concise, the lemon was perfect for the spotlight.

To this day, this phrase continues to be popularized by contemporary writers and leaders who preach optimism and use the lemon as a proverbial punching bag. In fact, it gets even worse: in modern parlance, a “lemon” not only is a sour bane of existence, but also is slang for a defective car, and there are even “lemon laws” remedying the purchase of such faulty cars. The beautiful, fragrant lemon, originally the rare fruit of kings and queens and high priests, became homely and common over the millennia because of its ubiquity. There is a price for popularity, but is it really that bad? By the time Dale Carnegie, who also wrote the 1936 bestseller How to Win Friends and Influence People, further promoted the lemonade saying in his 1948 book, there was indeed widespread post-World War II prosperity and optimism. This postwar economic boom was known as the “Golden Age of Capitalism,” which began at the end of World War II in 1945 and lasted until the early 1970s.

The uplifting transformation of the lemon made once inaccessible produce into a placeholder for prosperity. Lemons were no longer just for the privileged class but now manna to the masses, in the form of delicious lemonade. Lemonade itself, as well as variations of this lemon juice drink, can date as far back as medieval Egypt and 17th-century France. And in the modern era, everything from lemon spa water to Professor Dumbledore’s favorite candy of lemon drops in Harry Potter demonstrates that the lemon is accessible and yet still luxurious, even in its different manifestations. The cultural significance of the lemon may have shifted over time, but they have somehow always been associated with the promise of financial and social elevation. From Amy March’s pickled schoolyard treats to candied cake toppers, this citrus fruit continues to be an illustrious status symbol.

Jean Huang is a biomedical engineer researching and writing her doctoral dissertation at Yale University. With a BA from Harvard University and a scientist by trade, she is also immersed in art and writing. She has been published in a variety of journals and books and literary outlets, and you can find her portfolio (under construction) at jeanhuangfineart.com.
http://jeanhuangfineart.com 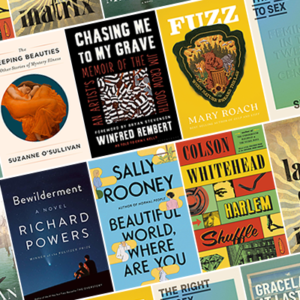