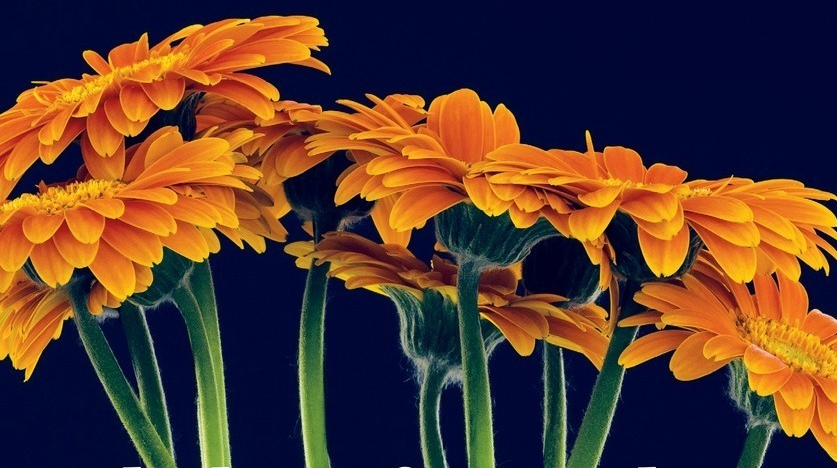 As winter begins, cheers ring out for a 200-year-old Jane Austen masterpiece. Award-winning critic Adam Kirsch weighs in on Emma, while reviewers praise his own new book—a poetic dialogue with an iconic German photographer. Adam Sisman’s new biography uncovers the roots of John Le Carre’s genius, a historian revises our perception of the Great Lakes tribes, and an internationally acclaimed Italian novelist delves further into the themes of loneliness.

Listening on audiobooks of Emma after eye surgery, David Denby (The New Yorker) is struck again by her genius: “Jane Austen’s irony never ages, never loses its fierce critical edge.” Listening to the book, he writes, “I heard, in the constant fussing, organizing, and reorganizing of Highbury social life, the fear that lay behind the fussiness—fear not just of inconvenience and discomfort, not just of the devastating colds, which might turn into flu and even death, or of poverty like Miss Bates’s, but fear of isolation, loneliness, the absence of genial companionship.”

What do Jane Austen’s novels have to tell us about love and life today? In the New York Times Book Review’s Bookends column, Adam Kirsch takes one view: “Emma is a comedy—a story in which the world finally gives everyone what he or she deserves.” Anna Holmes takes another: “I’m not convinced that modern methods of human interaction are any better than the epistolary intrigues of the early 19th century.”

“The novel’s endurance is not just a matter of literary quality,” writes Sarah Begley (Time). “As so many Austen fans have noted, human nature hasn’t changed.”

Emma ranked #19 of the 100 Greatest British Novels in a poll of critics outside the UK I conducted for BBC Culture. Emma, critic Heller McAlpin explains, is “a stellar example of this beloved author’s astute, arch, entertaining brand of social criticism, with a heroine who remains a model for the dangers of hubris and cluelessness. Austen never gets old.”

Adam Kirsch, Emblems of the Passing World: Poems After Photographs of August Sander

This pairing of Kirsch’s poems with images from Face of Our Time, August Sander’s pioneering work of documentary photography of the interwar years in Germany, an inspiration to Walker Evans, drew critical praise for austere and evocative artistry.

“What makes Emblems of the Passing World valuable is the chance to eavesdrop on a conversation between two art forms,” notes Peter Campion (New York Times Book Review).

How does a poet respond to Sander’s plainness, the almost clinical objectivity with which he renders his human subjects? Kirsch’s poems can achieve a similar starkness through “unpoetic” idioms that we would normally expect from essays or editorials….Kirsch has a talent for abstract statement.

“Kirsch attributes a fierce modernity to Sander’s gaze, at once familiar yet terrifying,” writes Eve Wood (Los Angeles Review of Books). And, she concludes, “Both Sander and Kirsch arrive at the same conclusion regarding the human condition, however difficult to swallow—that we are all of us wrought with frailty, at the mercy of the arc of our lives, and that it is up to each of us as individuals to utilize our various gifts, talents and affinities and accept our limitations.”

Two major influences hover over this new biography of David Cornwall aka John Le Carre, providing clues to his own mysterious past.

Sisman, writes Michiko Kakutani (New York Times), “creates an insightful and highly readable portrait of a writer and a man who has often been as elusive and enigmatic as his fictional heroes. Mr. Sisman does a nimble job of tracing correspondences between le Carré’s novels and David Cornwell’s life, while judiciously trying to sift out what he calls ‘examples of false memory on David’s part.’”

Kakutani points out the roadblocks—Cornwell does not divulge much about his actual activities in MI5 and MI6—“citing his legal and moral obligations”—and concludes Sisman has done his job—he “ably pieces together real-life stories and real-life colleagues who provided inspiration for his novels. At the same time, he conveys the achievement of the great Smiley novels (Tinker, Tailor, Soldier, Spy; The Honourable Schoolboy; and Smiley’s People)—how they captured the moral chiaroscuro of the Cold War and the weariness and wounded pride of a post-imperial Britain.”

Kim Philby is “one of the two enormous, duplicitous presences—or anti-presences—hanging over” this biography, writes James Parker (The Atlantic). “The other is its subject’s father, Ronnie. Philby was a snake, whereas with Ronnie you reach for adjectives like Falstaffian or Rabelaisian, his monstrous vitality seeming to emanate from some artistic over-realm. But both men were double-sided, truth-inverting, charismatic, untainted by empathy, profoundly destructive, and finally incomprehensible. Between them, they form the reason you will find le Carré’s novels in the mystery section of your local bookstore.”

The biography, writes Nilanjana Roy (The Business Standard) is “as much an exercise in untangling truth from lies, shadow-selves and doppelgangers from the real Mr Cornwell, as any of Le Carré’s towering Cold War classics. Mr Sisman presides over Mr Cornwell’s world like a biographer’s version of Smiley holding the Circus together.”

Michael A. McDonnell, Masters of Empire: Great Lakes Indians and the Making of America

McDonnell’s revisionist history puts the Great Lakes Indians at the center of the narrative for the first time.

First, the boldness of his thesis: that the tribes of the Great Lakes (Seneca, Mohawk, Huron, Odawa, Ojibwe, Miami, Sauk, Fox, Winnebago and others, but primarily the Odawa) were not wiped off the map after a couple of centuries of bloodshed. Rather, the Odawa at Michilimackinac (the straits between Lake Superior and Lake Michigan) were in control: not only of the fur trade but also of first the French, then the British and later (for a while), the American empires.

And, Treuer adds, “The miracle of this book isn’t simply these bold and counterintuitive claims but the ways in which McDonnell has mined the archives for evidence to back them up.”

The Anishinaabeg, who lived near Lake Michigan and Lake Huron, “played a pivotal role in imperial politics in the 17th and 18th centuries,” notes Glenn C. Altschuler (Minneapolis Star-Tribune). “Like all fine works of history,” he concludes, “Masters of Empire will force readers to think hard, this time about how much influence and power Indians had in colonial America—and about when and why they lost it.”

Giordano is an Italian particle physicist who became an international bestseller at age 26 with his first novel, The Solitude of Prime Numbers (2008), which also won the Strega Prize. His third novel continues his focus on the essential loneliness of individuals.

Jennifer Senior (New York Times) points out the “hidden role” a fragile family’s nanny and housekeeper played—“what subtle fissures she helped smooth over, what shortcomings she helped conceal” before she leaves the job and succumbs to lung cancer. “The characters in Like Family know what hope is,” she writes. “They know joy, they know love. They are in pain because they know that illusions are often required to sustain these feelings. Mrs. A. was often the provider of these illusions, sometimes by accident and sometimes by design.”

Heller McAlpin (NPR) recommends a slow read of Like Family. “His vision is more melancholy than mirthful and demands a thoughtful, patient read. But Giordano’s emphasis on the pressing importance of how we choose to live and love offers subtle hope that our decisions actually matter.” 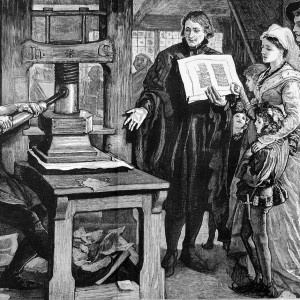 New media don’t stay new for long, but for first adopters the returns can be transformative. Over repeated cycles of invention...
© LitHub
Back to top
Loading Comments...