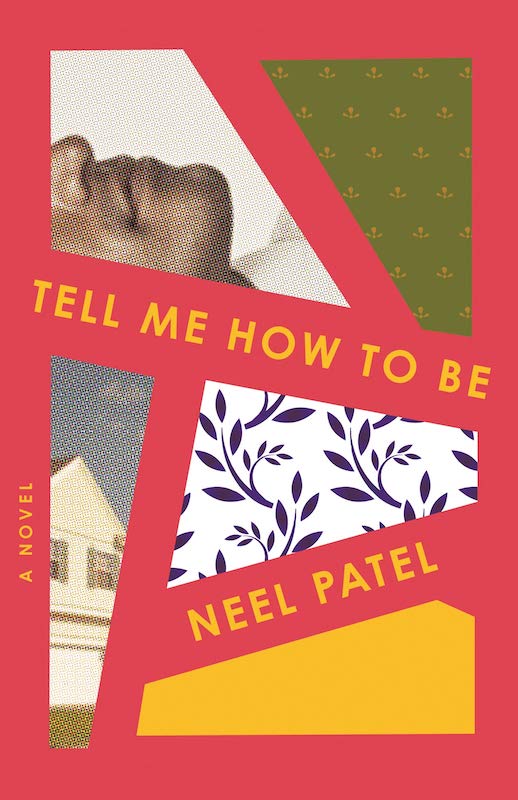 The following is excerpted from Neel Patel's debut novel, Tell Me How to Be. Patel is a first-generation Indian American who grew up in Champaign, Illinois. His debut story collection, If You See Me, Don't Say Hi, was a New York Times Book ReviewEditor's Choice and was long-listed for the Story Prize and the Aspen Words Literary Prize. He currently lives in Los Angeles. Tell Me How to Be is his debut novel.

I’ve never liked American grocery stores. They’re too cold. Too many products line the tables and shelves. There are fifty different cereals but only two types of green chilies, and neither one of them has any actual heat. On TV, white women tell us to remove the seeds and the ribs—otherwise it’ll be too spicy.

Sometimes a cashier will smile at the person in front of me, but when it’s my turn, her face turns to stone. What’s your problem? I want to ask. But I’m too afraid. In London, I learned to stare back, talk back, fight back. In London, there were others like me, doing the talking and fighting. But in America, where people still ask me where I’m from, and how I got here, and to what church I belong (none—I’m a Hindu), I keep my mouth shut. Don’t make waves, Ashok liked to say. Don’t act fresh off the boat, Bijal whined. Don’t rock the boat, Mom, Akash once said. Just chill. I don’t understand this American obsession with boats.

My cart squeaks against the polished tiles as I drop items into it without a thought. I remember those early years, when Ashok was in residency and we lived off a paltry sum, price tags compared, coupons clipped. Now, I don’t hesitate to buy thick blocks of parmesan with perforated rinds, fresh mozzarella, Marcona almonds, the pressed coconut water Bijal likes to drink. I buy everything the boys will need. My heart swells with the thought of their footsteps on the stairs and their baritones in the kitchen, their laughter, their smells, the timbre of their rage. I miss them—even Akash.

“Excuse me,” someone says.

My gaze slides toward a young woman in yoga pants and a sweatshirt, her brown hair scraped back with sweat. Her cheeks redden. She walks over to me with authority, and I prepare myself for her words. You can’t be here. Don’t touch that. Are you a customer in this store? It has happened before, women like her smiling their plastic smiles, then telling me what I can or cannot do. She holds a package in her hands.

“This brand,” she says. “Have you tried it before? Is it good? Authentic?”

She pushes a package of frozen Indian food in front of my face. I sigh with relief. Years ago, Ashok and I would have never imagined Indian food at the grocery store, but now there’s a whole section, boxes upon boxes of chicken tikka masala, rounds of charred naan. The woman presents a package of malai kofta I’ve tried before. The kofta tasted like feet.

My husband and I just love Indian food.”

I start to walk away. She follows from behind.

“My roommate from college was Indian,” she says. “That’s how I tried it. Her name is Devi.”

I turn, forcing a smile. “A wonderful name.”

My smile disappears. Bijal’s wife, Jessica, is a feminist. She thinks I’ve spoiled him, cooking his dinners and folding his underwear all those years. In my opinion, the most feminist women are those who don’t need to call themselves one—not like these American women, who are just looking for reasons to complain. I could tell Jessica this, wipe the grin off her face, but I’ve only seen her three times since their wedding. Save for the girlish arcs of her cursive on holiday cards, she’s a mythical creature, spoken of in hushed tones.

I can feel her eyes on me as I make my escape.

I unload the groceries in the kitchen. It’ll be a shame to leave it behind: the bone-white marble, flecked with gold, the Viking stove, the pearled cabinetry, polished to a high shine. A set of windows overlooks the wooded backyard and slate-gray clouds. Evening settles in a navy cast, shading everything in relief. Twenty days. That’s all I have left.

I was surprised when the Realtor told me we had an offer. When she’d first come around, six months earlier, she’d had her doubts. “A house this size, at this price. In this town. I don’t know.” She’d run her toes over the slick tiles, staring up at the cathedral ceiling. “Not many people can afford it.” Apparently, someone could. I don’t know who the family is. As soon as the offer came in and was accepted, I knew what I had to do. I phoned my brother and his wife in London and told them I was coming home.

I pour myself a glass of wine. It’s a new habit: drinking alone. I wasn’t like Ashok, who would come home from work and pour himself a scotch, or Bijal, who would twist open a beer after mowing the lawn—or Akash, who never needed a reason in the first place. Drinks are for celebrations, I’d once told him. What do you have to celebrate?

The wine warms my chest as I carry it through the house, making a note of what furniture will be donated to charity and what will be given to friends, the arrangement of tables and chairs for Ashok’s puja next week. It will be the first time I’ve had guests in this house since his wake. And the last. I move between these walls like a ghost, floating up the curved stairs. The master bedroom feels cavernous without him. Sometimes I can still smell the mossy scent of his cologne. I set my wine on the nightstand, switch on a lamp. I see my reflection in the windows ahead. My shoulder-length hair has gone gray at the roots. My pale skin is shadowed. My waist is narrow, my hips slim. The lamplight falls in a vertical strip across the linen duvet, like a gold ribbon. A gift.

Excerpt from Tell Me How to Be. Copyright © 2021 by Neel Patel. Used with the permission of Flatiron Books. 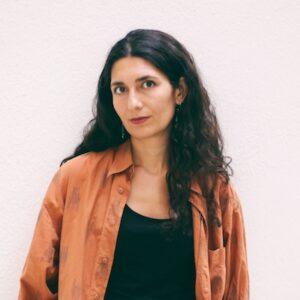 Aysegül Savas on the Business of Writing Beyond the Language of Business Aysegül Savas’s new novel, White on White is out now from Riverhead Books, so we asked about her writing process, her favorite...
© LitHub
Back to top