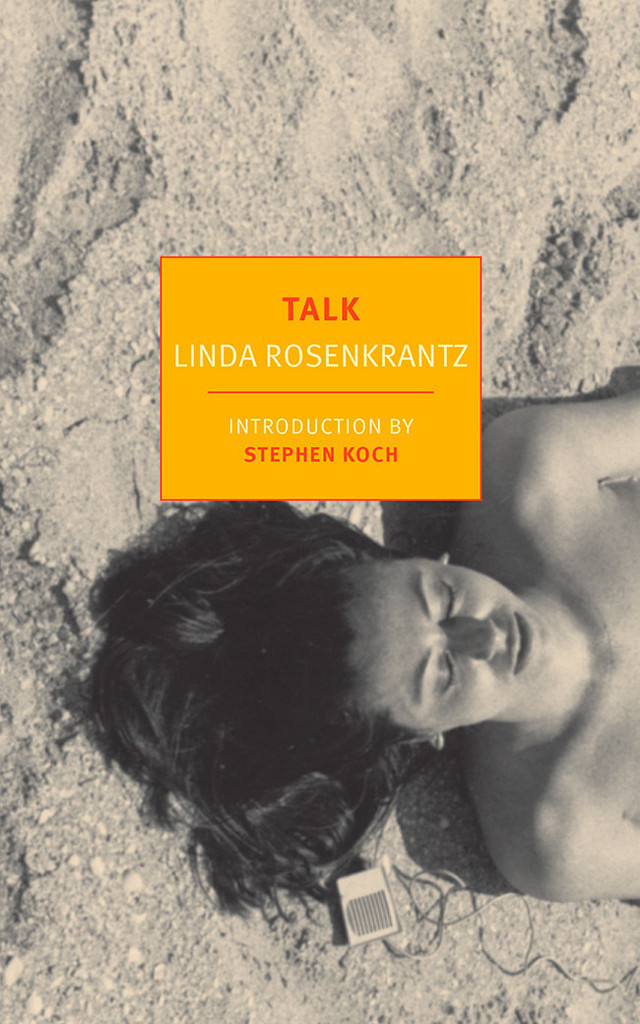 The following is from Linda Rosenkrantz’s novel in dialogue Talk. Over the course of the summer of 1965, Rosenkrantz taped conversations between three friends (two straight, one gay) on the cusp of thirty vacationing at the beach: Emily, an actor; Vince, a painter; and Marsha, a writer.

Marsha: What’s the most perverse thing you’ve ever done?

Vincent: Going to bed with a pair of twins and an animal.

Marsha: What kind of animal?

Vincent: No animal really, just a pair of twins.

Marsha: That’s not so perverse.

Vincent: They also happened to be in love with each other. I know what yours was, my poor darling—hanging up on the wall, that bastard Eliot.

Marsha: Let’s not mention any names, but it’s true he may have had something to do with it.

Vincent: How did he ever get you to do it?

Marsha: He didn’t get me—I got him. He had told me about this terrible hang-up hang-up of his which I just couldn’t reconcile with my sweet Jersey City loveball Elie. Then, on New Year’s Eve, which wasn’t long after he rejected me for no reason at all, I called him up and said he was really missing some great action. He had a girl at his apartment—it was even her birthday, the poor thing. He kept calling me Arthur on the phone, can’t we possibly wait, Arthur, and work on the case tomorrow? I said no because I couldn’t bear to be alone on New Year’s Eve and I was desperate enough to do anything. So he ditched the girl and came running over with a briefcase full of legal briefs and took me back to his house.

Vincent: Where did he live?

Marsha: East End Avenue. And he had this whole apparatus set up on the wall, these hooks at the bottom and the top.

Vincent: Did he put them in himself?

Marsha: Well the apartment didn’t come equipped, if that’s what you mean. The thing was you would stand with your legs stretched apart, with your feet on piles of books. He tied your ankles with ropes, he attached the ropes to the hooks, and then he took the books away, so that you were all completely stretched, trying to touch the ground.

Vincent: Really? And you would hang up there?

Marsha: Yeah, and he tied ropes around the wrists too, so your arms were stretched out, just like Christ. It was really very interesting.

Vincent: He tied you with ropes?

Vincent: Did he pad them so they didn’t cut in?

Marsha: You seem to be missing the point, sweetheart. He wanted it to hurt. He put golf balls in my mouth too but I kept spitting them out and they bounced all over the floor. It was very funny. I mean here I was in this ludicrous position and he’s going through all these things, he had lotions and potions that he rubbed on all my sensitive areas, wintergreen oil that athletes use, and he’s running around very busy, busy, busy. I was laughing—I though it was the most hysterical thing I ever saw—until all of a sudden I realized my God, my body is being stretched to death! So I passed out. I went totally unconscious.

Vincent: Was anyone else there?

Marsha: Of course not.

Vincent: What about the sexual part?

Marsha: To tell you the truth, I didn’t find it that sexual. I mean of course it was, the ecstasy of the pain and everything, but I didn’t really get the feeling he wanted me to have of being his slave girl. I had it much more once when he tied me up in bed and made me totally passive—I knew I couldn’t do any of my sick clinging behavior and I was glad; I was relieved of all aggressive possibility. I was there, I was a woman, a female object—he had to do everything. And in that moment I understood the whole dynamic.

Vincent: He tied you in bed and then? Did he beat you up?

Marsha: As hard as he could.

Marsha: And then I got up and had a glass of milk and a chocolate brownie. One time he told me he was going to beat me ten times and I said go ahead, I was being very stoic, like when my father used to hit me and I wouldn’t let myself cry. He couldn’t do it in the same place twice, because it would hurt too much, so he went down my back with these ten strokes. When he finished, he said I’m sorry, Marsh, but you didn’t react enough, I’m going to have to do ten more. Then I burst into tears, I knew I couldn’t take it, so he stopped. When it was over I felt very elated, filled with joy. But then all of a sudden I said oh my God, I just remembered that my mother’s coming tomorrow for me to try on some bathing suits she bought me—what should I do? She’ll see the welts all over my back. He said that’s your problem, darling. So the next day, sure enough, I wake up and there’s this systematic series of red brutal-looking welts down my whole back. What am I going to do? My mother’s coming in from Westchester just to bring the bathing suits, there’s no way I can get out of trying them on. So she arrives and I go into the bathroom and get undressed. I try on the first bathing suit and sort of edge out so she can’t see my back. I show her the front, I say I don’t like it and I edge back in. I’m dying. I don’t know what to do.

Vincent: How many bathing suits?

Marsha: About four. Suddenly I get a brilliant, intuitive idea. I’m in the bathroom and I scream Mother! What is this? My God! There are these marks on my back, I must have some horrible disease! I come out very upset, she looks and she says what are you getting so excited about, Marsha? It’s nothing. You must have sat near a venetian blind or something and gotten sunburned. She completely brushed it off, because I was so upset.

Vincent: How did you know she would fall for it?

Marsha: It was a desperate stab.

Vincent: It’s the most gutsy thing I’ve ever heard you do, Marshie, it really is.

Marsha: If she had seen them by herself, she would have become panic-stricken. Once Eliot tried to tie me up in my apartment with stockings and scarves and things because I didn’t happen to have any ropes on hand. He hung me up on the bathroom door and I was terrified because it kept swinging. You know I’m afraid of heights.

Vincent: I think it would make me laugh.

Marsha: I’m telling you, I laughed so hard the golf balls were bouncing out of my mouth.

Vincent: Did he laugh?

Marsha: No! He was dead earnest.

Vincent: Did he get an erection watching you in pain?

Vincent: And what would happen?

Marsha: It ended up in fantastic fucking. The time I passed out, we wound up in the shower together and it was very very wild ecstatic lovemaking, one of the great moments of my life. Except I was worried about my hair getting wet.

Vincent: With your mother coming the next day.

Marsha: He also had a pair of handcuffs, and one night he was kidding around and he handcuffed my hands behind my back. Then he said he was going out for the evening. I said you can’t leave me like this. He said just go out and ask someone in the street to unhook them. When he left, my reaction was so abnormal, you know I immediately forgot about the handcuffs? I re- member there was a New Republic lying there, and first of all I got a cigarette into my mouth somehow and lit it with my foot, completely calm. Then I started reading an article about Medicare, turning the pages of the New Republic with my teeth, as if it were the most natural thing in the world. It’s really amazing.

Vincent: It really is. What is he doing now, Eliot?

Vincent: They must have written that song for him—“Beat me Daddy, Eight to the Bar.” 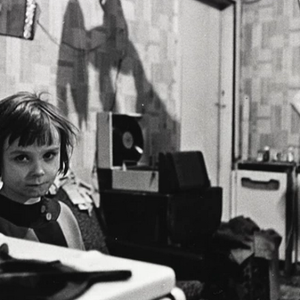 The Perpetual Now of Life on the Margins There’s an art to reissuing overlooked books that have fallen out of print. There are a number of publishers who have perfected...
© LitHub
Back to top