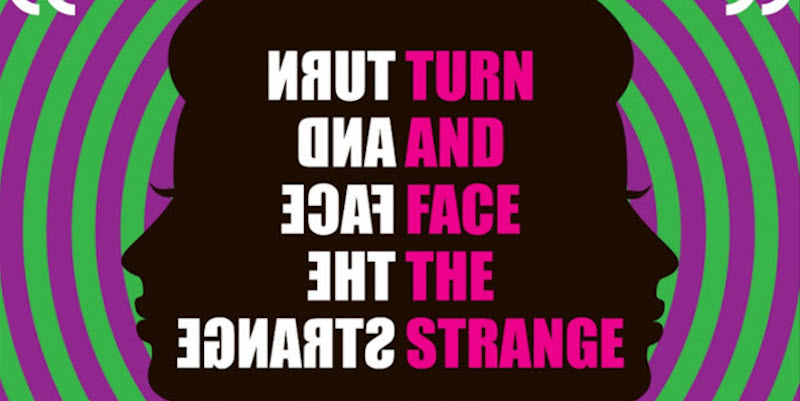 The Best of Contemporary German Writing in New York

Dear Readers: We have an amazing lineup for you, although we’re deeply disappointed we won’t be able to see you in person this spring. We were excited to announce that the 11th edition of the Festival Neue Literatur would invite authors and attendees alike to Turn and Face the Strange, but had no idea just how fully we would all be asked to do precisely that, in every aspect of our daily lives. Continuing the tradition established by the festival’s first decade, we are once again bringing powerful literary voices from contemporary German-language countries and the United States into dialogue—but this year, for the first time, we are in the strange new position of needing to do so from a safe distance.

Having investigated themes ranging from identity to memory, humor, queerness, the concept of belonging, and love and money, this year’s guiding theme is the strangeness, uncanniness, and eeriness that sometimes lurks just beneath the surface of daily life and can break out full force in times of change—whether large or small, internal or external, real or imagined, spatial or temporal. We start with out-of-body experiences, the loneliness of a con man in a tiny country, a lost twin, time travel in and out of complicated pasts and no less complicated presents, poisonous bees, a miracle or two, along with a series of far-fetched women—and then things get really strange.

The new decade is off to an odd start, and rather than asking whether this is the new normal, we’ve chosen to run headlong into the changes. This year’s authors include Anna Baar, Isabel Fargo Cole, Judith Keller, Benjamin Quaderer, Sasha Marianna Salzmann, and Ivna Žic. They come to us from Austria, Germany, Switzerland, and—for the first time in festival history—Liechtenstein. We chose to pair them with U.S. authors Joshua Cohen and Helen Phillips, whose latest books are already out and can be ordered from your preferred local indie bookstore.

In addition to these readings, this year was to again feature the popular translation-centered event. “Translation as Cultural and Political Activism” would have explored literature’s ability to test power structures, expand our notions of who we are, question the history we inherit, cherish the stories we pass on, and increase the ways we express what urgently deserves to be heard. We’re teaming up with Sant Jordi Virtual to adapt much of this as a series of online events, so stay tuned to Festival Neue Literatur for updates.

The protagonist of Anna Baar’s “The Color of the Pomegranate” remains torn between the two different countries and languages in which she grows up. A stranger in both cultures, aimlessly wandering without ever truly arriving, the young girl learns to face the strange by expressing her own “mirrored longing, a mirrored absence.” She spends summers with her grandmother in an archaic fishing village on the idyllic Dalmatian island of Brač, a world unto itself. The rest of the year she lives in southern Austria, a provincial place still strongly shaped by the National Socialist past, where Yugoslavs are viewed as unwelcome guest workers. Baar’s novel figuratively delves into “the foreign within the familiar,” and intriguingly intertwines both individual and collective histories. In October 1991, when the Croatian capital of Zagreb is bombed by the Yugoslav People’s Army, it becomes clear that the troops glorified under Tito—who the main character’s grandmother admired—have become the enemy, and the family is forced to retreat into hiding in the basement. Such changes are portrayed with the precision of disturbing glances into a mirror, as the characters come to grips with their lost sense of country, home, and self.

Can East Berlin in the mid-1990s be the only place where history isn’t over? Christina, a recent college graduate from New York City, seems to believe so. While studying at Humboldt University she meets free-spirited Meta, who runs a “salon” in an otherwise abandoned building behind an old tenement. Young squatters occupied the complex in the final years of the GDR; now the front building has been renovated, and the former squatters have moved back in with subsidized leases. The tight-knit community strikes Christina as a veritable socialist utopia, and she finds the omnipresent past fascinating yet baffling. A film project takes Meta to Israel, and then a stranger moves in upstairs—the young, gifted, shy painter Vera Grünberg. Meta returns and manages to coax Vera out of her shell, but her interest in Vera is also tied to her new obsession: the late Rabbi Grynberg, a reputed miracle worker Meta learned of while in Jerusalem, who supposedly lived in this very building before the war. During renovations, water begins to seep out of a wall in the salon, producing mysterious visions and inspiring Meta’s new art installation: a room of honeycomb walls, built in a collective act of beekeeping. But as the utopia begins to deteriorate and Vera withdraws into her own world, it becomes clear that neither history nor the miracles are over yet.

Read an excerpt from Judith Keller’s The Questionable Ones

Full of quirky humor and wry insight, Judith Keller’s micro-fictions unravel the fabric of daily life. Keller delves into the aporia of language by taking idiomatic expressions literally, unpacking the multiple meanings of words, and confounding expectations. Her characters are hapless and far-fetched, trying to find their footing on shifting ground and grateful for what happiness they can find. In just a sentence or two, Keller unlocks metaphysical trapdoors.

Seven Zurich tram stops provide the framework for these familiar yet absurd portraits of passersby, fellow passengers on the tram, the unemployed and the overemployed, the innocent and the suspicious, young mothers and confused elderly.

Read an excerpt from Sasha Marianna Salzmann’s Beside Myself

Beside Myself is the disturbing and exhilarating story of a family across four generations. At its heart is a twin’s search for her brother. When Anton goes missing and the only clue is a postcard sent from Istanbul, Ali leaves her life in Berlin to find him. Without her twin, the sharer of her memories and mirror of her own self, Ali is lost. In a city steeped in political and social tumult, where you can buy gender-changing drugs on the street, Ali’s search—for her missing brother, for her own identity—will take her on a journey for connection and belonging. This powerful debut novel spans from post-Soviet Moscow to present-day Istanbul via a refugee center in provincial West Germany. Sasha Marianna Salzmann writes about the upheavals and solidarity of a refugee family with confidence, profound perspective, humor, and sharp insight into the younger generation of these “homeland wanderers,” a generation fighting for their own linguistic, political, and sexual identities. In a fascinating voice all their own, Salzmann describes anew the many ways reality has of thwarting the personal dreams of this globe-spanning generation. Europe grows larger in this book, yet still doesn’t quite become home.

Read an excerpt from Benjamin Quaderer’s The Alps Forever

It’s not easy being the number one enemy of the state. This is true even when the state is one of the smallest in the world: the Principality of Liechtenstein. Johann Kaiser—globetrotter, son of a photographer, and master of manipulation—lives under an assumed name in an unknown location. With the sale of stolen client data from a large bank, he’s received so much money that he could live carefree for the rest of his days, if it weren’t for his fellow Liechtensteiners libelously calling him a traitor. In an attempt to reclaim the power to chart his own course in life, Johann reaches for pen and paper. Benjamin Quaderer has written a daring debut novel about the power of money and the power of storytelling—the portrait of a swindler who reflects the society he betrays.

Read an excerpt from Ivna Žic’s Those Who Come Later

At the height of summer, a young woman travels from Paris to Croatia where, like every summer, the whole family awaits her return to their ancestral island. She reflects on the man she’s had a relationship with for the past year—a relationship that never really went anywhere. The man was a married artist, a painter who no longer paints. She is not alone on the long train trip: her forebears take seats beside her in the sleeper car, and her dead grandfather is among them. He, too, was a painter and he, too, stopped painting. These two absent-yet-somehow-present men become her companions on a journey into the past and the memories that make up the family narrative. Her parents’ emigration just before war broke out in Croatia sparked myriad consequences. One recurring family trait is the tendency to quit, to give things up, and Žic invites the reader to join her main character as she asks why. The tensions between geographical and linguistic shifts explode our compartmentalized sense of history, simultaneously examining present and past as well as presence and absence.

Myriam J.A. Chancy on the Intimate Power and Purpose of Fiction 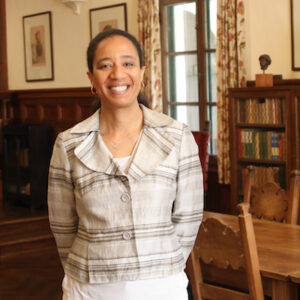 Myriam J.A. Chancy on the Intimate Power and Purpose of Fiction

In this week’s episode, Kendra talks with Myriam J. A. Chancy about her book, What Storm, What Thunder, which is out from...
© LitHub
Back to top