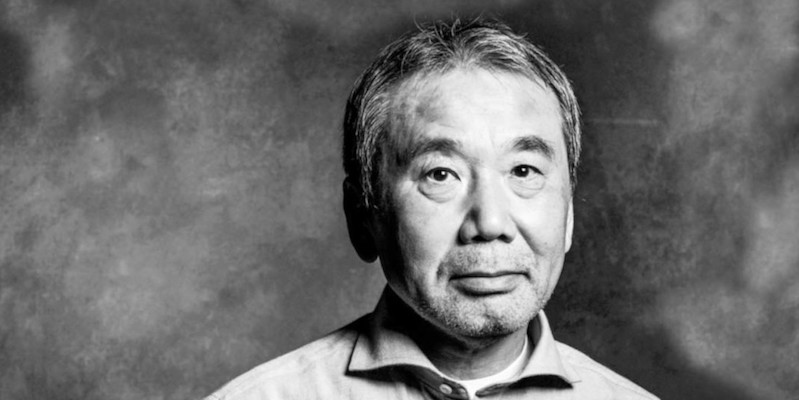 Haruki Murakami has been a beloved literary figure for decades, for good reason. He DJs radio shows; he uses charming metaphors for writing; he donates his personal archive to the public; he supports young novelists; he gives good advice, for both writing and life. But back in 2014, there was a brief news cycle where he was not so beloved; in fact, he made a public enemy of an entire 1900-person town. What was the offense? Implying that residents of the mountain town of Nakatonbetsu are litterers.

In Murakami’s short story “Drive My Car,” the narrator, watching his 24-year-old chauffeur Misaki—a girl from Nakatonbetsu, Hokkaido—toss a lit cigarette out of the driver’s window, thinks to himself, “Probably this is something everyone in Nakatonbetsu commonly does.” Ouch! The narrator is an aging actor who doesn’t know much about Misaki’s background; the distance between the characters’ lives is foregrounded, so Murakami wasn’t exactly endorsing this description. Nevertheless, the sentence so offended the seldom-mentioned town of Nakatonbetsu that the town assembly demanded an explanation from Bungeishunju, the monthly magazine that published the story.

Shuichi Takai, head of the town assembly’s secretariat, told AFP that Nakatonbetsu residents’ behavior did not resemble their portrayal in the book. “In early spring, the townspeople gather of their own will in a clean-up operation to collect litter on roads,” said Takai. “We also work hard to prevent wildfires, as 90 percent of our town is covered with mountain forests. It is never a town where people litter with cigarettes every day. We want to know why the name of a real town had to be used like that.”

For his part, Murakami promptly apologized, in a statement released by Bungeishunju. “I love the land of Hokkaido and have visited there a number of times . . . I have written the [novella] this time strictly with a sense of intimacy for it,” said Murakami. “I find it quite regrettable and unfortunate that it has caused people living there to feel unpleasant.”

Murakami clarified that he had used Nakatonbetsu’s name because he “had long liked how the name sounds,” but promised to change the name when the story was published in book form, “to prevent myself from causing any more trouble.” And when “Drive My Car” was published in his collection Men Without Women, Murakami did change the name to a made-up town name—Junitakicho, the same one used in his novel A Wild Sheep Chase. Follow-through king! Other public figures can learn something from Murakami’s apology: be forthcoming and modest, and fulfill the promises you make to do better. Though it helped that Murakami’s offense was, you know, this.