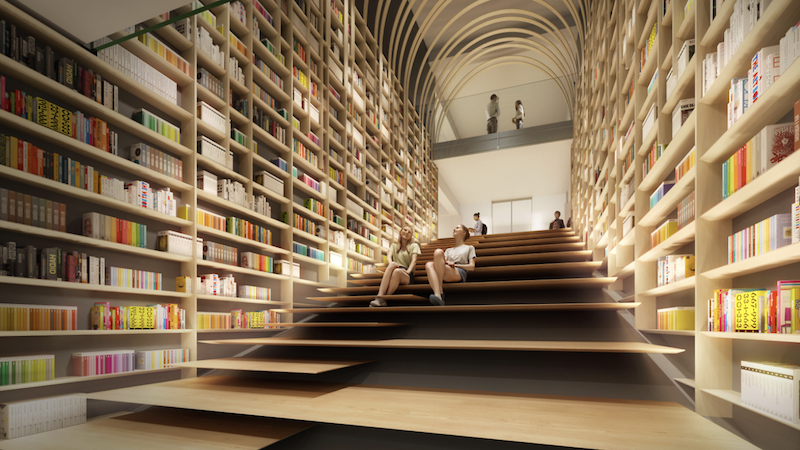 A new library built in honor of Haruki Murakami will open in 2021.

Architect Kengo Kuma is designing a public library at Tokyo’s Waseda University, Haruki Murakami’s alma mater, to house the author’s personal archive—as well as tens of thousands of vinyl records Murakami has collected. The library is set to open sometime in 2021.

The Murakami Library (also called the Waseda International House of Literature) will be a renovated extension of the building which houses the Tsubouchi Memorial Theatre Museum, where Murakami—a drama major at the time—spent much of his time when he attended Waseda.

Instead of being a formal, quiet library, the library will serve as a more relaxed cultural center—as Murakami said, “a library full of life.” Said Kuma in a press conference, “This could possibly be a place where students not only become exposed to the literary world of Haruki Murakami, but also contemplate the future of literature, maybe even the world. I’m designing this facility with hopes that it will be somewhat of a casual cultural center where people can think about such things over coffee.”

I’m seeing it now: it’ll be a place where students can gather . . . listen to old jazz records . . . brush their hair over their delicate, perfectly formed ears. Said Murakami to Waseda, “I personally would like to get myself actively involved in these various aspects in creating a place where new discoveries await.” Maybe in 2022 we’ll get an adjoining cat café.