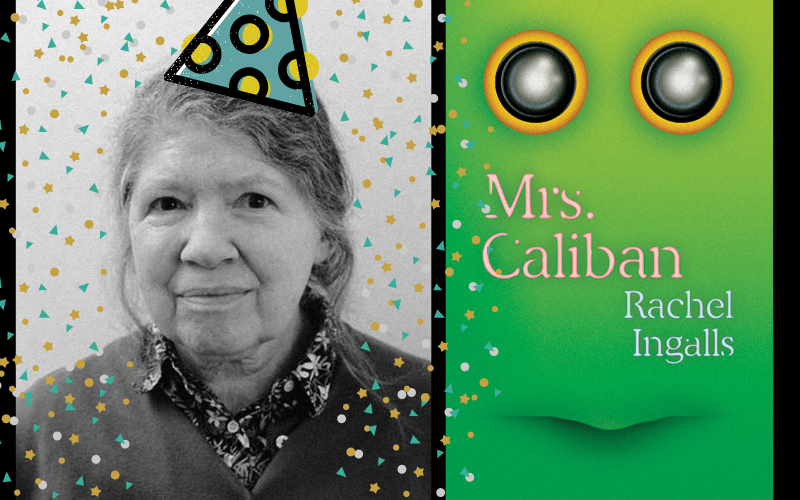 Rachel Ingalls was a gem, and we’re thinking of her on her birthday.

Earlier this year, the world lost a little-known light. Rachel Ingalls was the author of many delightfully gut-punching novels. Despite winning the Authors’ Club First Novel in 1970 for her debut Theft (even though it was intended for British writers!), she was more or less shrouded in obscurity. Thankfully, her work is being rediscovered, like Mrs. Caliban, which tells the story of Dorothy, a suburban housewife who has a romance with a sea monster named Larry. A New York Times review from 1986 said: “Rachel Ingalls has created a tight, intriguing portrait of a woman’s escape from unacceptable reality and presented an account of derangement so matter-of-fact, so ordinary and at the same time so bizarre, that through her words we experience new insight.” Think Shape of Water, but even better! (Don’t believe us? Read an excerpt here.)

On what would have been Rachel Ingalls’ 79th birthday, you should also check out this letter she wrote to Daniel Handler after he sent her fan mail and this interview that our very own Dan Sheehan did with her, in which she discusses Hollywood, hybridity of form, and her dark treatment about the institution of marriage.