Novellas? Long Short Stories? Whatever They Are, They're Brilliant

The fiction of Rachel Ingalls has haunted me for years, but faced with the task of introducing her work I’m not sure what to say about it. Yet one wants to shine a light. Mrs. Caliban, her best-known book, is not very well known; the highest profile her work has received is that it has been adapted several times into films you likely have not seen. But while she does not loom large on the literary landscape her work is indelible in the brain. It is easy to read and hard to forget. The plots are dramatic, even exaggerated, but the books themselves are quiet and short. They are largely about women in trouble. The language is plain but curious. One finds eerie coincidence and comic irony, a touch of the macabre. When called upon previously to describe her work, the word that came out of my mouth was “psychological,” which seemed utterly meaningless the moment it was out loud. Psychological. What work isn’t psychological? A better word might be “spooky,” although that sounds too cheap for an author who often conjures a genuine sense of the unearthly.

Gathered in Three Masquerades are three works of hers. She has been published irregularly, in different configurations, and this is another one. Two of these works are frightening and one less so, although I sometimes change my mind about which one that is. I haven’t even been sure what to call them—novellas, maybe, or long short stories, that little phrase “long short” ringing as ridiculously as “psychological.” So I decided to write to Ingalls—through an emissary, as she prefers—asking her a bunch of questions that come up when I think about her work, and wondering if she had a title in mind for this newly-cobbled trio. She didn’t reply, and then she did. Her introduction is better than any I could muster up.

Please forgive the delay in answering your letter. Since the collapse of my Amstrad years ago, life has not been the same and until I acquire a laptop that prints from dictation, I’m stuck with an old machine I can’t control and a printer I don’t understand.

I’m delighted that Pharos will be publishing me, that you want to write an introduction and that you first came across my writing when you were very young—I always hope that someone out there would be reading me besides the 40 or 45 people I imagined would have heard of me.

Thank you very much for your kind words about my work. It does seem that there is some difficulty about finding a category for my books. For a while I was put in the Gothic slot but probably I’d say that a combination of fable, fairytale and Romance would fit. Maybe that is Gothic.

As for feminism, I don’t consider myself a feminist because it’s a subject about which I feel ambiguous (as about so much else). I don’t think that women have harder lives than men, only different, although I’m incensed by institutional misogyny which is obvious and political and, of course, unfair.

But—my main literary interest is narrative: stories, patterns and the movement of thought. I do also love movies. When in Jaws II (3-D) a group of underwater scientists manage to kill a vicious whale and then find that another much bigger and fiercer whale is coming at them for revenge because it’s the mother of the first one, I light up with the recognition that this is Grendel’s mother from Beowulf. Yes, I value pulp as well as other literary forms currently discounted by many critics. Melodrama, for instance, seems to me an interesting way of examining the social basis of certain emotions by exaggerating them. And farce is an ingenious method of depicting our deepest fears about identity and misunderstanding. Almost all of those 1950s films are good and I grew up with them. My favorite is The Incredible Shrinking Man, although naturally The Creature from the Black Lagoon is also close to my heart. I think ‘masquerade’ might be a good word for one of my interests. Not quite the same word as fiction, but close.

My childhood literary influences were: being read to by my father, being told stories by him on our pre-Sunday-lunch walks, reading on my own, listening to the radio and going to Saturday morning movie shows. The radio in America used to be marvelous—full of soap operas and jokes and lurid advertising claims. And the school I went to was wonderful, the teachers and the curriculum too.

My first ambition as a writer was to be a poet (isn’t most writers’?) but after a sequence of 154 sonnets (and they all rhymed!), I had to admit that poets are born and that the sound, image and idea come to them in an indivisible bundle that cannot be constructed. It really is a gift. Great poets think like Einstein. Most contemporary poets write broken-up pieces of prose sometimes very good and interesting and memorable, but Cole Porter or Country and Western lyrics are often better than that without pretending to be The Real Thing. My top favorite literary idols are playwrights: Shakespeare, Euripides, Ibsen.

I’ve never given much thought to my place among contemporary writers, nor about readers. I write because it’s a compulsion. There are many, many other writers I hold dear, some living and some dead, but none of whom (after the experiments of adolescence) I’d try to emulate or imitate. When asked about writers who have influenced me, I used to cite a few but the real answer should be “all the ones I’ve read.” I write long stories because it seems to be the length that fits what I have to say. And I know how incredibly lucky I was to find the best agent in London and the best publisher, to have anything written in novella length taken on at all and to have nothing of mine ever changed except misspelling or perhaps, very occasionally, a difficult bit of punctuation that I’d usually fight for. My books didn’t sell. I was virtually carried. The only real money I’ve earned came from Hollywood.

So many people keep asking why I don’t write a novel. Well, all that business with the subplots—it’s in classical ballet too: the tragic noble love and the happy village wedding. It’s even in the big symphonies. But you have to know how to make that larger idea work without dissipating the original notion or ruining the shape. Victor Hugo, Charles Dickens, Joseph Conrad—they succeeded. But War and Peace? Big, heroic, terrific read and yet what a mess. And Anna Karenina should be two separate books.

Writers who are good at publicity are good because they like it and it’s easy to enjoy what you are good at, easy to be fairly good at what you enjoy. My sister tells me that a thriller writer in Boston (Robert Parker?) goes around to the bookshops there whenever he’s published and he meets his fans, who adore him, and talks about his books and the characters in them and he signs books. He has a great time and so does everybody else there because he’s good at social gatherings and being spontaneously entertaining. Writers like that are fun to meet. I’m not exactly a hermit but I’m really no good at meeting lots of strangers and I’d resent being set up as the new arrival in the zoo. (You see? Not a good attitude to start with. I wouldn’t want to meet with that myself.) It’s just that that whole clubby thing sort of gives me the creeps.

My life in England? I had a great-aunt living here for the first 11 years or so and her son’s family and a few of my friends who came over on visits and then introduced me to people they knew. I didn’t try to go to ground in any way. And there was always Shakespeare.

Sorry, I’ve left out travel but I hope this is enough. Thank you again.

Daniel is the author of six novels. As Lemony Snicket, he is responsible for numerous books for children. His books have sold more than 70 million copies and have been translated into 40 languages, and have been adapted for screen and stage. He lives in San Francisco with the illustrator Lisa Brown, to whom he is married and with whom he has collaborated on several books, and one son.

Love and Terror in Pasternak's Russia 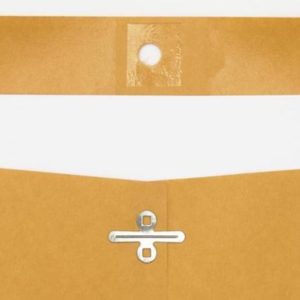 I left my marriage in 2001, refusing support from my ex-husband (other than a share of the sale proceeds of the house we had bought...
© LitHub
Back to top