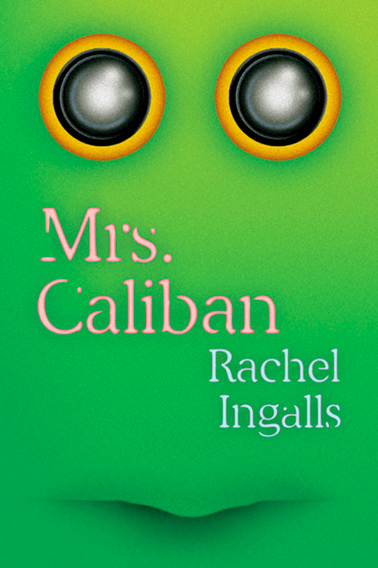 The following is from Rachel Ingalls’ novel, Mrs. Caliban. While Dorothy is doing chores and waiting for her husband to come home from work, she hears a strange radio announcement about a monster who has just escaped from the Institute for Oceanographic Research. Rachel Ingalls is an American-born author who has lived in the UK since 1965. She is the author of the novels Mrs. Caliban and Binstead’s Safari as well as numerous novellas and short stories.

She was sweating when she got back. It was later than she had thought and she started mixing the sauce before anything else. She turned on the radio automatically between moves from stove to icebox to sink, and then sprinted to the bedroom to change her clothes and put some make-up on. As she ran back into the kitchen, snatching up the apron and tying it in back, a voice from the radio was saying: Police again advise residents in the area to be on the lookout for this highly dangerous animal.

Dorothy shook out and refolded her kitchen scarf to go over her head and keep her hair from picking up the garlic and onion smells. The radio played Chopin. She heard the front door closing, and Fred’s voice.

From then on, things went quickly and she had to turn off the music to guard against any outside distraction. She kept her thoughts running — first this, then that, and at the same time such-and-such, and don’t forget the pinch of thyme — and her hands moving. It was like some sort of test or race. Perhaps, like her, laboratory rats took a pride in solving the puzzles scientists set them. The pleasures of obsession. Still, how else was it possible to do anything in a short space of time? The trouble was, that you couldn’t becalm your mind completely because if you weren’t careful, you’d forget to turn off the stove.

She was into the living-room to greet Art Gruber, and out again with such speed that she might have been one of the mechanical weather-people in a child’s snow-globe or a figure on a medieval clock, who zooms across a lower balcony as the face shows the hands on the hour. Back in the kitchen again, she had all the salad ingredients out, chopping up carrots and celery with her favourite sharp vegetable knife, had put some potato chips and nuts in bowls and just slid some cheese on crackers under the grill. Then she raced for the bathroom in the spare room.

She came back into the kitchen fast, to make sure that she caught the toasting cheese in time. And she was halfway across the checked linoleum floor of her nice safe kitchen, when the screen door opened and a gigantic six-foot-seven-inch frog-like creature shouldered its way into the house and stood stock-still in front of her, crouching slightly, and staring straight at her face.

She stopped before she knew she had stopped, and looked, without realizing that she was taking anything in. She was as surprised and shocked as if she had heard an explosion and seen her own shattered legs go flying across the floor. There was a space between him and the place where she was standing; it was like a gap in time. She saw how slowly everything was happening.

She felt that he was frowning at her, but he hadn’t moved yet. Her mouth was slightly open — she could feel that — and waves of horripilation fled across her skin. A flash of heat or ice sped up her backbone and neck and over her scalp so that her hair really did seem to lift up. And her stomach hurt.

Then, swimming among all the startlingly released fragrances of her shock and terror, she caught the slight scent of burning, which warned her about the toast. That was the reason why she had been rushing in the first place. And without thinking, she darted forward, grabbed a potholder, turned the gas off, dumped the little pieces of toast on to the plate that had been set out for them, and slid the grill tray back into the stove. The creature made a growling noise and she came to her senses. She took a step backwards. The growling increased.

She took another step and bumped into the table. At the far end of the table lay the celery, carrots and tomatoes, the head of lettuce and her favourite sharp knife, which would cut through anything just like a razor.

She reached out her hand slowly; slowly she reached farther forward. She kept her eyes fixed on his. His eyes were huge and dark, seeming much larger than the eyes of a human being, and extremely deep. His head was quite like the head of a frog, but rounder, and the mouth was smaller and more centred in the face, like a human mouth. Only the nose was very flat, almost not there, and the forehead bulged up in two creases. The hands and feet were webbed, but not very far up, in fact only just noticeably, and as for the rest of the body, he was exactly like a man — a well-built large man — except that he was a dark spotted green-brown in colour and had no hair anywhere. And his ears were unusually small, set low down and rounded.

She stretched way out across the table, took her eyes off his for an instant and picked up the long stalk of celery next to the knife. The growling stopped. She took a step forward slowly, and held out the celery in front of her.

He too stepped forward and put his hand out. His fingers closed around the celery. She let go of her end. She stayed standing where she was and watched as he ate the stalk with all the leaves. Then she turned and picked up another one and handed it forward. This time he held on to her hand and touched it all over with both of his before he took the celery from her. The touch of his hands was warm and dry, but somehow more muscular than that of a human hand. Dorothy found it pleasant. He opened his mouth, and the lips, as though with some difficulty, shaped words.

Dorothy managed to answer, “You’re welcome,” and registered the fact that he had a bit of a foreign accent.

“Help me,” he said. “They will kill me. I have suffered so much already.”

She looked deeply into his eyes and thought: of course he has suffered, not being like other people, and now the police after him, and who knows what horrible experiments they did on him?

“All right,” she told him. “But wait here first, just a minute.” She picked up the tray of toasted cheese, nuts and potato chips, and hurried into the living-room. Art gave her a perfunctory smile, but Fred didn’t even look up, just muttered, “Thanks, Dotty,” and went on shuffling some papers they were looking at.

She ran back through the swing door and found the frogman eating up all her salad.

“Are you hungry?’ she asked. “What else do you like to eat?” “Any vegetables,” he said. He pronounced all the syllables of “vegetable,” but she had met one or two ordinary Americans who said the word that way.

“Some fruit. Not too…” He waved his large hand and ended, “that sharp taste, not that.”

“Not too acid? What about tomatoes?” She had the icebox door open and was rummaging around, putting objects in a bowl. Then she suddenly thought of the spaghetti and quickly threw some into a pot to give him before the rest of them had their dinner. While it cooked, he ate everything else, though she managed to rescue some of the salad ingredients.

She gave him spaghetti in a bowl. As she was about to spread butter on it, he growled. She got some margarine out of the icebox and used that instead. He took her wrist and leaned forward, moving his face up close to the margarine and sniffing in. Then he let go. She dropped a square of margarine into the spaghetti and swished it around until it melted. Then she sprinkled some herbs and salt on the top. He looked into the bowl, breathed in again, and seemed to be smiling. Then he picked up the bowl, held it above his face, and tipped it downwards, sucking up and chewing the spaghetti as it slipped down out of the bowl. It was a skillful performance, Dorothy thought, and rather a sensible way to eat spaghetti, but it made a lot of noise.

“I like that,” he said when he had finished. “Was it enough?”

“Look,” she said, gesturing around her and towards the swing door into the living-room, “I’ve got to hide you. You understand?”

“Come with me.” She handed him the bowl of vegetables he hadn’t finished yet, and hurried away to the door, the hall, and into the spare room.

“You’ll have to stay here. It’s all right as long as you’re quiet. I’ll look in late tonight if I can, but probably not till early tomorrow. We’ll have to plan something. There’s a bed…um…and bathroom?”

He seemed to know that she was wondering if he knew what they were for and how to use them.

She showed him where all the lights were, put out some towels and sheets, and hesitated for a moment as she realized that there wasn’t time to make up the bed. This too he seemed to sense, and waved it away with his hand. Then he caught both her hands in his and held them tenderly to his face. She was moved. She patted him cautiously on the back and said it was all right, and she’d see him in the morning.

In the morning, she really thought she might have dreamt everything. She made breakfast for Fred and herself, looked at the paper, took out the section with the crossword puzzle, and handed Fred the rest of the paper on the doorstep. She watched him drive off in a taxi, then she went from the kitchen into the little hallway and through to the guest room. The frogman was still there, sitting on the corner of the bed, looking towards her. The sheets were made up on the bed. She took a step in. He stood up, huge. “Are you all right?” she asked uncertainly. “Yes.”

“You slept?” He nodded. “Are you hungry? I’ll fix you some breakfast.” She led the way back to the kitchen. Halfway there, she stopped in surprise. The frame on the hall window-ledge, where she had been growing the prize apple cucumbers, was empty.

From behind her, he said, “Was it all right to eat the food?

It was so long since I had food. Were you saving it?”

“No, that’s all right,” she said. After all, it was food, and that was what food was for. “I just hadn’t expected to see it empty.” 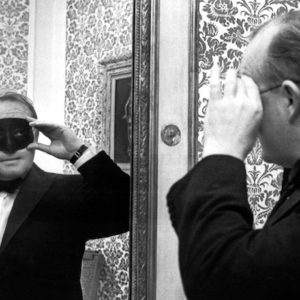 Lit Hub Daily: November 28, 2017 Claire Vaye Watkins: from the desert to the heartland, a brief history of some houses in my life. | Literary Hub ...
© LitHub
Back to top