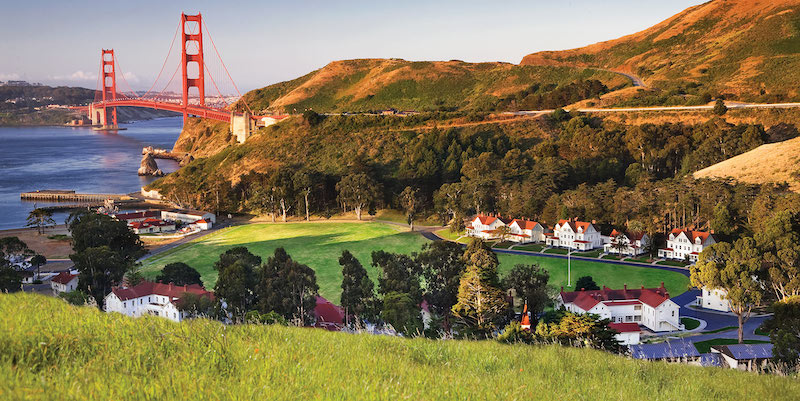 On Writing Through a Residency That Never Happened (But Did?)

Marta Bausells Puzzles Over the Conundrum of Time and Space

“It was last week, also known as a century ago.”

“It may have been three months or three decades, who knows.”

I am finding it hard to process how commonplace the elasticity of time has become in conversations in 2020. “What is time anyway?” There is something absurdly funny in such a deeply metaphysical question being thrown around lightly, often with irony.

I was raised by physicists. And it’s not that these kinds of questions weren’t commonplace at the dinner table—they were, but they were treated with prosaic precision. The motto was: there’s an explanation for everything, and when there isn’t, or when we get it wrong, it’s because we haven’t found it yet. I had been trying to wrap my head around the most basic of quantum physics—how, theoretically, our “could have been lives,” our roads not taken, can exist in parallel universes of possibility. It would always blow my mind when I asked my parents about this and they’d say, yes, that’s right. It is happening. But is it? No. And yes.

I had been trying to wrap my head around the most basic of quantum physics—how, theoretically, our “could have been lives,” our roads not taken, can exist in parallel universes of possibility.

I listened to an audiobook about it—time, that is—back in what is now called “the Before Times” and took notes. It was narrated by Benedict Cumberbatch, which was somehow incongruous, too tidy for the messy, incomprehensible force that was its subject. Its author, Carlo Rovelli, says: “we inhabit time as fish live in water.” And it seems like we are especially unequipped to grasp it: how every moment contains infinity; how time moves differently in different spaces. It makes no sense: our bodies alone are proof of the tangible, orderly passage of time. It may pass, things may change—but that doesn’t mean any of it is linear or that we can understand its complexity. As the book (The Order of Time) asks: “Do we exist in time, or does time exist in us?”

What prompted this extended 2020 reflection on time is, of course, our experience of it in a pandemic that has paused or removed the markers that normally give structure to how we live. Time has always been elastic but, it seems, it has taken us all stepping through a collective experiential threshold for people—who otherwise wouldn’t—to think about such things. I suppose this has annoyed me slightly, in a way, like when something you thought personal and intimate becomes mainstream and any edge or glow gets smoothed out for public consumption.

I recently learned that having all day ahead to write did not mean I write more, or better—at least not in my usual daily environment. I temporarily removed many of the markers around which we lived: went off social media, stopped chasing freelance work—plunged myself into my art. The past became more alive than the present, which became more of a canvas in which to process what came before.

Because my work deals with historical memory, especially in Spain, I became interested in matter. In literal bones. In bodies, and their secrets, buried in mass graves and erased from collective narratives. I became interested in unseen atoms that remain in bodies decades after they touched them: babies’ bodies, for instance, remaining on their mothers’ bodies until death.

Because my work deals with historical memory, especially in Spain, I became interested in matter. In literal bones. In bodies, and their secrets, buried in mass graves and erased from collective narratives.

To disentangle time, space and even the notion of experience from what we actually live in our bodies goes, perhaps, in the opposite direction to the journey I am on. One that searches for clues in my own body, in what it knows—what it may have inherited without my knowledge (because I was too late asking). One that requires being present, awake, aware—to get very quiet, to stop all the numbing mechanisms I was so used to. Experiencing the world more like beings of it, not trying to constantly conquer, do more, surpass the physical.

In the first Covid spring, I read Lydia Davis on her decision not to fly: “If I’m not willing to spend a few days journeying somewhere for something, it means it’s too far for that particular purpose.” Staying on the ground means, she added, “adjusting my way of life to the real distances of the world.”

Yet, of course, here I am, grateful like everybody else for technology for supplanting what cannot be replaced. It feels impossible to reconcile how each of us are going through intimate re-framing of our relationships with our own bodies and minds, our spaces, what we want to do with our time here—while going through a universal, shared experience—everyone, in their circumstances, dealing with the same thing. The global equivalent to “look at the moon, and it will be the same moon I am looking at.” Though, really, that was what life was already, a hive in which bees were deluded into thinking they were only for themselves. Too distracted to notice.

All of this, for me, collided at a residency at Headlands Center for the Arts. Or at least the idea of the residency, which didn’t happen because of Covid.

Time and space are two of the most important currencies artists trade in. When I was awarded a residency at Headlands, I immediately planned my year around it. Faced with doing the same work without it—around the chaotic, loud time and space of daily life—my mind turns to the Marin Headlands and their wide-open light, to the way it hits the glorious rooms of the building, to the photographs I’ve seen of communal dinners, open studios, star watching, augmented reality light sculptures and climate-centered multi-generational dance performances on the beach. I think about it at home, and outside, and around other humans, as I walk away from imagined miasmas.

You know how you sometimes feel a place’s presence, or your presence there, so intensely you are more there than where your body is?

As fall approached and arrived, I had Headlands in my mind in such a way in which I’ve only ever held a place a handful of times in my life. You know how you sometimes feel a place’s presence, or your presence there, so intensely you are more there than where your body is?

Rovelli explains that past and future are the same thing outside of our tiny human scale. He describes “now” as a bubble close to us.

I write the cold tiles of my room, its walls covered with novel notes. I write the future into reality, or myself into the future, folding timelines together like a paper map. As the fires devastated California and blotted out the sky in early September, my plane would have landed. It’s impossible to imagine how that would have felt, the end-of-the-world feeling as I hovered over my dream residency. As I write this, I would be coming back. I carry the faint after-effect of the ghost residency I didn’t do, I feel it like a phantom limb. Wait, would the same fires have happened without the virus? Or was it, somehow, part of a butterfly effect?

I have only experienced the center through its presence and through the souls of its artists. Which means I’m an impostor, writing this. In some ways I don’t know it at all. But it also means that I have had this purist, if you will, experience of it, not yet tainted by the sticky edges of reality. As what Joan Didion called a “place of the mind.”

Headlands holds the atoms of every artist who has ever walked there. It doesn’t hold mine—yet. But, through time, it holds future me. I can feel her grabbing my hand, guiding me.

On the Storied Life of Miguel de Cervantes and His Greatest Creation, Don Quixote 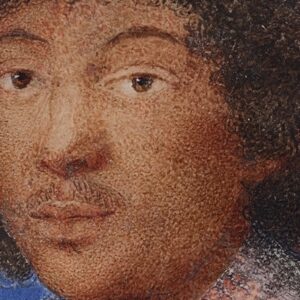