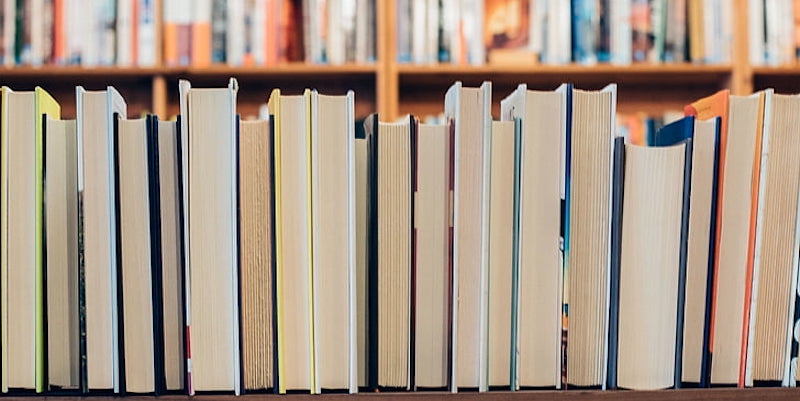 On Teaching and Learning the Language of Care

Amanda Parrish Morgan on Her First Years in the Classroom

I met Sarah, the woman I shared a classroom with during my first four years teaching high school English, on a late August morning when only staff were in the building. I’d just been hired, handed my class rosters, given a key to the faculty bathroom, and was being shown the corner of a classroom, then occupied by a wooden lectern, where my desk would soon go. Sarah was wearing a white tank top that accentuated her tan and muscular arms and had her long blonde hair tied up in a combination French braid-messy bun.

Sarah, who in the years since has become one of my closest friends, is the kind of beautiful—athletic and tan and bright-eyed—I would want to be, were I lucky enough to be beautiful, and when I met her that first time, this was a little intimidating. But I was also intimidated because it was clear right away that she cared very much about her job and that she wasn’t entirely excited about sharing her classroom, the smallest in the school, with a new teacher.

The classroom, which she’d had to herself in the two years before I arrived, was decorated with murals that students had painted and quotations from the books she taught—some typed, some written in amateur calligraphy. Tibetan prayer flags hung on the wall above the yearbook photograph of the girls’ basketball team she coached. I could tell, even before I saw her around kids, why she was beloved.

I did my best to stay out of her way those first few months. I didn’t have her phone number (or anyone else’s), no way to call her if I were running late one morning or locked myself out of the classroom. Initially, as part of keeping out of her way, I left the room whenever she was teaching and brought my stack of papers to the teacher’s lounge across the hall, where I kept my head down as colleagues microwaved their lunches at ten in the morning, gossiped about the new administrators, or debated over upcoming contract negotiations.

I’m sure Sarah didn’t like packing up and leaving the room four times a day any more than I did; after a few weeks, she suggested that, if it was okay with me, we could each stay in the room while the other taught and unobtrusively get some work done at our respective desks. It was a relief, both logistically and for the way in which it felt like an opening to our long friendship. It turned out, though, that I rarely worked while she taught. Instead, I listened. During her honors sophomore class, in particular, I found it very difficult to get anything done. I wanted to hear their discussions, see what she was writing on the board, and jot down notes myself.

Learning that literary and linguistic traditions link curiosity, with its paradoxical loss and acquisition, to care, highlighted what had often felt to me like a danger in caring too much.

Sarah’s neat, color-coded printing covered the white board, arrows and lines and circles marking connections between and among ideas and texts. I learned more about William Blake’s poetry watching her annotate “The Tyger” and “The Lamb” with a class of high school sophomores than I did in the seminar I took on English poetry in college. I thought more deeply about the fall of man as her students made their way through a unit called “Loss of Innocence and Acquisition of Knowledge” than I had when I read Paradise Lost. Her students read Genesis and then read Life of Pi. They read Hawthorne’s “Young Goodman Brown” and Dylan Thomas’s “Fern Hill.” They read A Separate Peace, with its heavy-handed but satisfying allusions to gardens and baptism and literal innocence-ending falls involving trees.

When, years later, I read in Maria Tatar’s book The Heroine with 1001 Faces that the word for curiosity, with its connotations of both masculine learning and feminine transgression, comes directly from the Latin word for care, I called Sarah right away. I knew this piece of information would mean something to her. “The history of the English word ‘curiosity’ is full of surprises, with unexpected shifts in meaning over the centuries,” Tatar writes, “[t]he one, now obsolete, signifying ‘bestowing of care or pains,’ the other, as used today, defined as ‘desirous of seeing or knowing; eager to learn; inquisitive.’” To be curious is to be careful—to be attuned and attentive to the world around us—but there was something more abstract that made sense, too, that I wanted to talk through with her.

Teaching, like social work or medicine, is often called a caring profession. Sarah and I were the kind of teachers who were told that we cared too much. That we took on too much emotional labor, that we assigned too much work, that we would burn out. Speaking for myself, this was valid criticism; I often used teaching as a way to keep feelings of loneliness and inadequacy at bay. I knew I was good at my job, and I believed that my job mattered, and so worrying about students or grading endless rewrites of papers or holding thirteen one-on-one writing conferences in a single day felt like a healthy, or even noble, way of avoiding a growing sorrow I felt about my personal life. I’d always thought that even if I got married it was unlikely I’d have children, but teaching had made me realize I longed to be a mother—and in the years when I felt uncertain of how or if that might happen, it was hard to separate the kind of care that teaching requires from a kind of care that was more about filling a need of my own than my students’.

When schools first closed in March of 2020, the word “care” was suddenly everywhere. Signs thanked “Healthcare Heroes” (nurses, as Tatar points out, were often the faces of heroines in an era when portrayals of women in children’s stories were highly proscribed and options for feminine heroism were limited), hashtags promised that our community cared, service journalism offered suggestions on self-care, and others reported on the enormous burden that had fallen on caregivers everywhere. The economic relief legislation was called the CARES Act. Even Facebook boasted a new “care” reaction button, presumably to address the uncomfortable situation of not knowing how to respond to a sad post—a death, a divorce, the vulnerable admission of struggle or loss.

I started to think more about what it meant to give and take care; to be careful, to care fully. The word’s barely-distinguishable connotations had merged together for me over the years: caretaking and caregiving not as antonyms but also not as synonyms. I thought about ubiquitous phrases like “I couldn’t care less” (or its oddly confusing malapropism “I could care less”) and “in care of.” I thought about the times I’d been told that I cared too much about the books I was reading, about my teaching and writing, about running, about a friend. Sometimes, with my wet hair and bare face, I had a sense of caring about the wrong things or in the wrong way. In each context, I began to notice all the ways the word “care” walked a tenuous line between verb and noun, positive and negative, honor and burden, virtue and neurosis: care as an ideograph.

The work of caring as I’ve come to understand it has also hinged upon a kind of curiosity.

Examining the etymology of care has offered me something like the opposite of those signs thanking teachers and healthcare workers: not performative gratitude, but real acknowledgment of the difficulty, intellectual complexity, complicated work, and often invisible value of care upon which the fabric of our lives depends, day in and day out.

Years after I first started teaching, when I was pregnant with my daughter Thea, I thought a lot about the cultural mythology around pregnancy that I’d been gathering my whole life. In a college class about geology, my professor explained that some anthropologists believe that the danger involved in giving birth unassisted accounts for prehistoric humans forming social groups and that most women go into labor at night because, historically, they were most likely to be surrounded by their communities and safer against dangers lurking beyond.

After she was born I could not understand why no one talked about any of it—childbirth’s proximity to death, the uncertainty of infant survival, the loneliness of the passage into motherhood, and even the physical pain of pushing, nursing, prolonged sleep deprivation. Motherhood has brought me light and beauty and joy, and precisely because of this, it was a shock to recognize its shadows. Fully embracing caring ought not to require denying the impossibility of separating innocence from knowledge, darkness from light, hardship from wonder, fear from love, or pain from transcendence.

Recently, I learned that the roots of the word are in the Old High German word for “grief” and “lament,” and the Norse word for “sickbed.” While at first such associations might seem counterintuitive, upon closer examination, I know this is true. Caring about anyone or anything is also inextricably linked to what it means to grieve the person you were before you gave yourself to this love, and it is also about admitting the potential for loss and the inevitability of one day letting go.

And I see that, at the same time, the work of caring as I’ve come to understand it has also hinged upon a kind of curiosity. To be curious about my students and my children means to care deeply about the world around us. Caring for my students—who in the past few years have navigated increasing mental health struggles in the wake of the pandemic—and my children has been rooted in fostering their curiosity, in watching them question and explore literature and the countless histories buried within them. Caring for my students or my children, which inevitably means walking tentatively toward grief, is to bear witness to the loss of innocence in service to curiosity.

Amanda Parrish Morgan is a College Writing instructor at Fairfield University, USA, and Westport Writers’ Workshop instructor. Her work has appeared in The Washington Post, Guernica, The Millions, The Rumpus, The American Scholar, Women’s Running, JSTOR Daily, Ploughshares, and N+1, among others. Stroller was named to The New Yorker's Best Books of 2022 So Far. 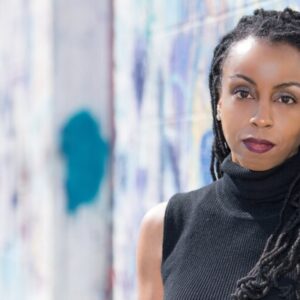