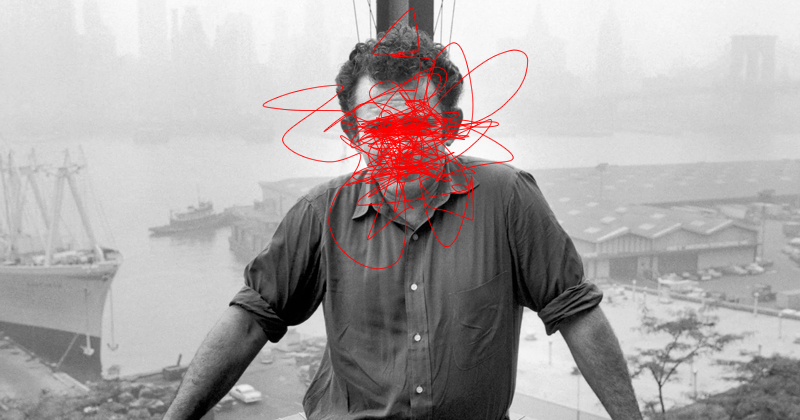 Everything you need to know about Norman Mailer’s recent (non-)cancellation.

If you—still busy catching up after the holiday week, or perhaps newly sick with a certain rapidly spreading variant, or just exhausted from dealing with the realities of same—recently saw something about Norman Mailer being canceled by a mysterious “junior staffer” and thought “huh” and “he’s dead though, right” or maybe “I’m hungry,” you would be forgiven. After all, no one thought we’d be starting 2022 with Norman Mailer Discourse. But here we are.

For those who want to know, here is what happened: on Monday, something called The Ankler published an “exclusive” by Michael Wolff (yep, that Michael Wolff) claiming that Random House had “canceled plans to publish” a collection of Norman Mailer’s political writings in 2023, to coincide with the centennial of his birth. (Wolff’s source is the author’s son Michael Mailer.) The reason? According to Wolff, the “proximate cause” was “a junior staffer’s objection to the title of Mailer’s 1957 essay, ‘The White Negro,’ a psycho-sexual-druggie precursor and model for much of the psycho-sexual-druggie literature that became popular in the 1960s.”

“Even by the recent standards of books being canceled or pulled, the protestations of a junior staffer and the speculative complaints of other authors make for some extraordinarily thin pretexts,” Alex Shepard elaborated in The New Republic.

Indeed, the junior staffers I’ve spoken to at Penguin Random House laughed off the insinuation that any of them had the power to kill a book. “The idea that any objection to the essay by a junior staffer could be taken so seriously that they’d pull the book is absurd,” one told me. The junior staffer also noted that there had been no discussion of the book among her colleagues prior to Wolff’s piece but that they had been sharing memes and jokes about the insinuation that they had the power he ascribed to them. (A rep from Penguin Random House did not respond to a request for comment.)

And the memes and jokes were pretty good:

It’s me, the junior staffer who took down Norman Mailer. I did it on purpose to be a bitch

“A Random House source also cites the objections of feminist and cultural gadfly Roxane Gay,” Wolff goes on. “Her name however may have been employed as merely a generic type of objector (as in, she or someone equally cause-minded who might object). Indeed, she protested in an email that she never voiced a view, that she knows ‘next to nothing about Norman Mailer,’ and that—already eliminating him from the modern canon—she has ‘never read’ among the most consequential figures of that most consequential (yes, mostly white and male) post-war American literary generation.”

(Ah yes, right, that old magic trick wherein if one single person doesn’t read an extremely famous writer, he is automatically eliminated from the canon! Indeed, Wolff goes on to beat the usual cancel culture drums of anxiety, claiming that the publishers of Philip Roth, Saul Bellow, Vladimir Nabokov, J.D. Salinger, John Updike, John Cheever, and William Styron live in fear because these writers are each “just an objection away from disappearing.”)

While Wolff admits that, because “a final contract had not been signed . . . the book was not technically canceled, it was instead, not acquired,” he sees this as a technicality, and goes on to lambast Penguin Random House, and the publishing industry in general, for cowardice, writing, after all, that “a world without Norman Mailer—this new intellectual nanny-state—surely harms the literary consumer.”

But was Norman Mailer really canceled? Cooler heads say no.

John Buffalo Mailer, another of Mailer’s sons, told the New York Times that Random House, which has long published Mailer, turned down a volume of the author’s political writings. (“He had a fantastic relationship with Penguin Random House,” John Buffalo Mailer told the Times. “We would have liked to have done this book with them.”) It has since been acquired by Skyhorse (which Wolff calls an “intrepid independent publisher” and which has made a name for itself by being a toxic workplace that publishes everyone else’s actually canceled books). But John Buffalo Mailer does not feel that his father has been canceled. He said that Wolff’s claims were “news to [him].” He told the Times, “Why did Random House pass on this book? I think it was because this is the first commercial book of Norman’s that’s going to come out in the era we’re living in, and there’s going to be a lot of questions. They didn’t feel they were the right house to do this book right now.” And as Shepard points out, there are other, more concrete reasons they might have passed.