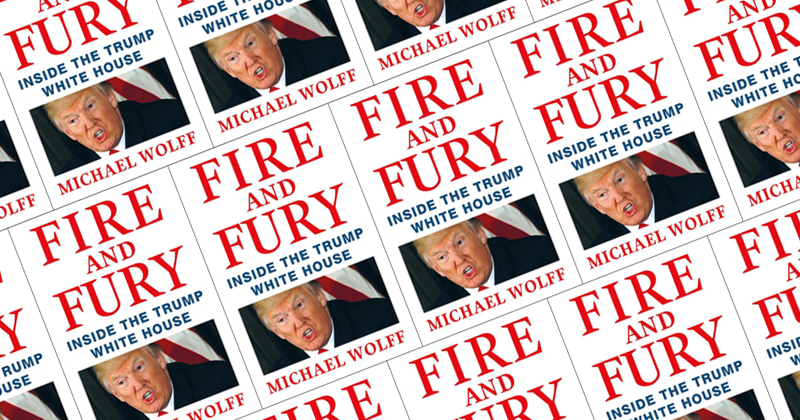 The Trump Exposé That Everyone is Talking About

If you’ve been anywhere near a screen these past few days, you’ve probably heard something about the book that’s sending the political universe into a tizzy. That book is Fire and Fury: Inside the Trump White House, by Michael Wolff, which is reportedly “based on extensive access to the White House and more than 200 interviews with Trump and senior staff over a period of 18 months.” According to its publisher, it reveals, among other things, “what President Trump’s staff really thinks of him, what inspired Trump to claim he was wire-tapped by President Obama, why FBI director James Comey was really fired, why chief strategist Steve Bannon and Trump’s son-in-law Jared Kushner couldn’t be in the same room, who is really directing the Trump administration’s strategy in the wake of Bannon’s firing, what the secret to communicating with Trump is, and what the Trump administration has in common with the movie The Producers.” Which is quite a lot, I’d say. There has also been quite a lot going on since this book first landed on the national radar two days ago. Here’s a run-down:

On the morning of Wednesday, January 3rd, The Guardian published highlights (“obtained by the Guardian ahead of publication from a bookseller in New England”) from Rupert Murdoch biographer and onetime Guardian columnist Michael Wolff’s forthcoming Trump White House exposé Fire and Fury: Inside the Trump White House. The highlights included Steve Bannon (reportedly) calling Don Jr.’s now-notorious 2016 Trump Tower meeting with the Russians “treasonous,” “unpatriotic,” and “bad shit,” not to mention speculating about the involvement of Trump himself: “The chance that Don Jr did not walk these jumos up to his father’s office on the twenty-sixth floor is zero.” Plus, Bannon pretty much calls everybody an idiot. “This is all about money laundering,” he is quoted as saying. “Mueller chose [senior prosecutor Andrew] Weissmann first and he is a money-laundering guy. Their path to fucking Trump goes right through Paul Manafort, Don Jr. and Jared Kushner … It’s as plain as a hair on your face.”

On Wednesday, New York Magazine (who had previously purchased first serial rights) published a moved-up excerpt from the book, with the headline “Donald Trump Didn’t Want to Be President.”

Not everyone was impressed, of course. The administration shifted into denial mode. One writer called Wolff “the most loathed man in media” and pointed out that many journalists have already been poking holes in Wolff’s account.

“Still,” wrote John Cassidy in The New Yorker, “the over-all portrait that Wolff draws of a dysfunctional, bitterly divided White House in the first six months of Trump’s Presidency, before the appointment of John Kelly as chief of staff and the subsequent firing of Bannon, has the whiff of authenticity about it—and it echoes news coverage at the time. Other details are impossible to confirm but damning if true.” Including what we have long suspected here at Literary Hub: that Trump doesn’t read: “He didn’t really even skim,” Wolff writes. If it was print, it might as well not exist. Some believed that for all practical purposes he was no more than semiliterate . . .Some thought him dyslexic; certainly his comprehension was limited. Others concluded that he didn’t read because he didn’t have to, and that in fact this was one of his key attributes as a populist. He was postliterate—total television.”

Later on Wednesday (still Wednesday!), Trump responded to Bannon’s reported comments to Wolff in a public statement, condemning his one-time ally: “Steve Bannon has nothing to do with me or my Presidency. When he was fired, he not only lost his job, he lost his mind. . . Steve was rarely in a one-on-one meeting with me and only pretends to have had influence to fool a few people with no access and no clue, whom he helped write phony books.”

On Thursday, January 4th, Trump’s lawyers also sent a cease and desist letter to Michael Wolff and Steve Rubin, the President and Publisher of Henry Holt, threatening to sue. Read it here.

In response, on Thursday afternoon Henry Holt moved the publication date of the book up to Friday, January 5th, from Tuesday, January 9th. Many cheered this seemingly symbolic gesture, which was officially due to “unprecedented demand.”

Also on Thursday, The Hollywood Reporter, where Wolff is a columnist, published another excerpt from the book.

I authorized Zero access to White House (actually turned him down many times) for author of phony book! I never spoke to him for book. Full of lies, misrepresentations and sources that don’t exist. Look at this guy’s past and watch what happens to him and Sloppy Steve!

At midnight on the book’s (new) publication date, people came out in freezing weather (-3 degree wind chill) to line up to buy the book at Kramerbooks in D.C. They sold out in 15 minutes.

This morning, Wolff appeared on the Today show, where he said that he “absolutely spoke to the president. Whether he realized it was an interview or not, I don’t know, but it certainly was not off the record.” In response to questions about his credibility, Wolff said “My credibility is being questioned by a man who has less credibility than perhaps anyone who has ever walked on Earth at this point.”

Will you read it? 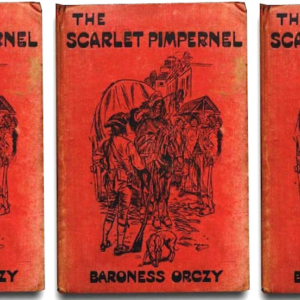 15 books you should read in January. | Literary Hub They tried to ban Fahrenheit 451 and replace it with…...
© LitHub
Back to top