Also on Literary Hub: 30 questions for 30 writers attending the Miami Book Fair · Sheila Heti on the woman who changed her life · On creating a literary community in Pittsburg · An interview with this year’s charming National Book Award underdog, Karen E. Bender · More “spinglish” from the 323rd Republican debate · From Eli Horowitz’s The Pickle Index 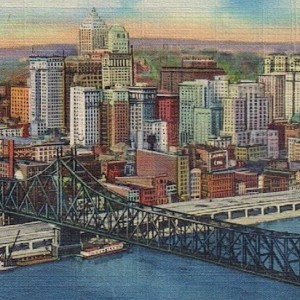 Throughout my near decade of a New York City existence, there was always another city whispering my name. Softly at times....
© LitHub
Back to top