On creating a literary community outside of New York City

Throughout my near decade of a New York City existence, there was always another city whispering my name. Softly at times. MIA for long periods. But this past winter, it became a loud exuberant command. I listened and followed it to a city of steely winding rivers and house spotted slopes and yellow bridges and my writing past. Pittsburgh. Littsburgh (remember this).

Pittsburgh was my home before New York. As a University of Pittsburgh undergrad, I first declared myself a Poetry Major. Then, a Journalism and Poetry Major. Finally—after a Mary Chapin Carpenter lookalike poetry professor zapped my poetry path—I turned to Creative Nonfiction, where I studied rock and roll essays by Lester Bangs and became transfixed by Capote’s In Cold Blood, underlined every other word in Michael Ondaatje’s Sri Lankan memoir, drooled over Jo Ann Beard’s words, learned the art of query writing from The Godfather of Creative Nonfiction, and felt the first bittersweet pangs from workshopping my own pieces.

Originally from a small south-central PA town, Pittsburgh was my first city and I fell in love with its sideways streets, patch-work houses, gleaming pointy buildings, and vibrant neighborhoods. I wrote and read and drank way too much Keystone Light and worked part-time in a small old-fashioned chocolate shop on the South Side where I ate peanut butter melt-aways and coconut clusters for breakfast, lunch, and dinner. And when it was time to leave, I left.

In Jackson Heights, Queens, close to traffic-laden Northern Boulevard, I rented a small apartment on the fourth floor with my high school friend Steph, a fashion designer. Working the front desk at Tribeca’s Equinox Fitness Club, I wore an idiotic but chic black t-shirt with the words “GREET” screenprinted across my chest and manually checked in Freddie Prinze, Jr. every time he forgot his membership card. I also manned the cash registers at the no-longer-there Borders in Columbus Circle and once sold a Jimi Hendrix CD to a scruffy kind-eyed Robin Williams (and in a stupor asked him if he wanted to sign up for a Borders Rewards Card). I ate cereal for most meals. All while looking, networking, and coffee-dating my way to my first publishing job. Borders told me I would have to either work Thanksgiving or Christmas. I chose to take off Thanksgiving with the hope that I would have a job by the latter. And I did. At Simon & Schuster in shiny Rockefeller Center, I started my career as a book publicist on the day of the Tree Lighting. During my first few hours at my first job, my soundtrack was Christina Aguilera belting out Christmas tunes from the ice rink below during her dress rehearsal.

For the next nine years, under the auspices of a handful of amazing publishers (and under the roof of three more memorable apartments and in the arms of two more boroughs), I surrounded myself with books and writers and press materials and stacks upon stacks of galleys. Saturated in creativity and words, my evenings were spent at readings and literary celebrations and my days were spent heralding new books. From politicians to literary darlings to beloved children’s book authors to activists and historians, I rejoiced when I booked my authors on NPR or placed a feature in the New York Times, just as if it was my own book. Some of my closest friends were as entrenched as I in our publishing careers and when a group of us were all together, you could feel a frisson of creative energy, but also a low hum of anxiety. There were early mornings in green rooms, late nights packing books into bubble-lined jiffies, emails, emails, emails, and midday meals with favorite authors.

What I had previously considered exciting and crazy became my normal life. I still had to drag my two weeks of laundry in my granny cart to the laundromat. I still had bad days at work where I threw pens at the wall in frustration. One evening while walking home, struggling with multiple bags of groceries and a 25 lb. box of cat litter, I was stopped by a pushy PA and told to wait. They were filming a scene of Girls and I couldn’t cross the last block to my home. After five minutes of patiently waiting and straining, the heaviness of the bags and the litter got the best of me and I surrendered them to the sidewalk—the irony of the situation not lost on me.

New York City and the literary life I had carved out for myself among the constant tempest of writers and publishers and editors and readers, could have been my forever. Until I decided it wasn’t. With a gigantic leap of faith, I listened to that other siren of a city and started packing my life up in old book boxes I dragged home on the Q train. I was beyond excited. I was beyond terrified. It was, and always will be, one of the most exhilarating changes I’ve ever made. Still making.

In January, Adam helped me load up my Brooklyn apartment into a U-Haul and drove me and a gray cat named Stella across the PA Turnpike to return to Pittsburgh, to my new old home. I left New York with a great lethargic sadness after teary-eyed goodbyes with friends, my little street in Ditmas Park, my 9 lives, the rumbling subway cars, my routine routes, my publicity position at FSG, and oh, the literary whirlwind I was so used to. But I was ready for something else. To try something new. With someone new. And I was hoping I could do that in the southwest corner of Pennsylvania.

I returned to the familiar sounds of the barges on the rivers and the unsettling feel of cars sliding backwards into gear at hillside stop signs, and the ghosts of Chabon’s characters strolling through campus, and the cold train whistles… but Pittsburgh was also a place to explore anew. In the decade since I had lived there, the city had grown, reignited—sparks were flying. And I needed to find my place amongst it all. Create my space again. Reignite. Reconnect. And I wondered, would I miss New York and its literary tilt?

I launched my publicity business. I scouted my new home with Adam. I settled in to our third-floor apartment with the turret window in an old Victorian. Once more, I drank beers with college friends, no longer Key Lights, but IPAs in well-designed shabbified bars. I relinked with professors and mentors and once again got used to the shadow of Pitt’s massive Cathedral of Learning trailing me throughout my day. Spring happened. Summer happened. “Only three months since I left New York” turned into “Oh my god, it’s been six months since I left New York.” With Adam, I found my heartbeat again. With Pittsburgh, I found my new sense of home.

But it was with two fellow NYC publishing expats that I found and revived my literary threads. Nick, a book marketing genius and an author himself, and I had shared an assistant and a wall at FSG and his literary agent wife Rachel, who had previously only been an Instagram photo to me, became my kindred spirits of transition. They had preceded me in leaving Brooklyn for Pittsburgh months beforehand and were there on my doorstep the day I moved in, to help us unload the U-Haul. True friends before they were true friends.

Throughout my first few months back in the ‘burgh, in the midst of confusion and sometimes panic about having left my former career and existence behind, I found comfort in Nick and Rachel. We spoke the same language, our brains cluttered with the same kinds of thoughts. And although we sometimes missed our New York lives and its bookish waltz, our passion for the written word was nourished in Pittsburgh as we rediscovered its pockets of stories, its living room salons. Pittsburgh, with its vibrant literary tradition—August Wilson and Annie Dillard! Pittsburgh, with so much going on that we often saw Facebook events weeks after they’d already grayed! Pittsburgh, we realized, was in fact, Littsburgh.

We just needed to swap the P and connect the dots.

So, over dollar beers at the Bloomfield Bridge Tavern (The Polish Party House), we decided to take everything we learned in our respective fields and combined decades of New York publishing and use it here, in our new home. We would stop merely observing and start participating in our new literary life that was happening all around us. Goals emerged—promote, share, connect, shine a light, provide a platform. Littsburgh became our present tense.

Nick built the website. Rachel and I hunted down the literary folk in town. We scoured a hundred event calendars for every existing literary organization, small press, publication, bookstore, reading series, writing group, university program, and library gathering. We mapped out bookstores and discovered new treasures (did you know that Peter S. Beagle, author of The Last Unicorn, is the Beagle of Pittsburgh’s Rickert & Beagle Bookstore?). We read bios and gathered news clippings and talked in hushed voices over coffee at Zeke’s on Penn Avenue. There was a rumbling of excitement and hope that we were doing something useful, not just for us but for others. A passion project propelled. And gratefully, I felt my vague curious “should I have left New York?” itch dissipating.

On a sweaty August afternoon in my living room, we slammed back shots of tequila and Rachel pushed the button. Littsburgh was live.

People found us. In three days, we had over 3,000 unique views and the emails poured in. An article about us in the city’s alt-weekly literally broke our site. Literally literary. We updated our server, and the literary community rallied, eager to identify as citizens of Littsburgh. Professors added off-campus events featured on our site to their students’ curriculum. Poets sent in press releases! Publicists for touring authors mailed us two-day jiffys containing review copies from our old offices in New York, hoping for coverage. And in the flurry, Rachel, Nick, and I learned about even more amazing local writers and their work. Our “to-read” lists swell with the fine words of the Paris of Appalachia.

Littsburgh has already become much more than a website. It’s a home for writers, booksellers, movers and shakers, organizers, and readers. We dream about future Allegheny-based festivals, readings, contests, and gatherings, but beyond that, we hope that Littsburgh becomes your destination. So, you get to see the crooked poetry of its hills and its epic three surging rivers for yourself.

From my comfortingly cluttered desk by the curved turret windows, I write this, in between typing up a Q&A for a Littsburgh featured author and pitching magazines for my publicity clients. Tonight, I’m attending a Pittsburgh Arts & Lectures event and tomorrow I’m going to a children’s book author reading.

It was Littsburgh whispering to me all these years.

Katie T. Kurtzman, a graduate of The University of Pittsburgh’s Writing Program, has a decade of book publicity experience with top New York City-based publishing houses including Simon & Schuster, Penguin Young Readers, and Henry Holt. Most recently, she assumed a directorial role at literary powerhouse Farrar, Straus & Giroux. Active in the literary community, she is a member of the Brooklyn Book Festival publicity committee, an event volunteer for Pittsburgh Arts & Lectures, and a consultant for The Creative Nonfiction Foundation. She now runs her own publicity business, KTK Publicity.
http://www.KTKpublicity.com 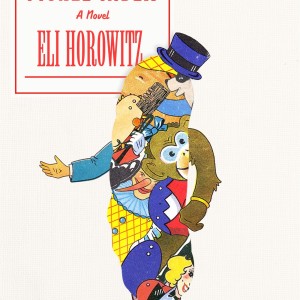