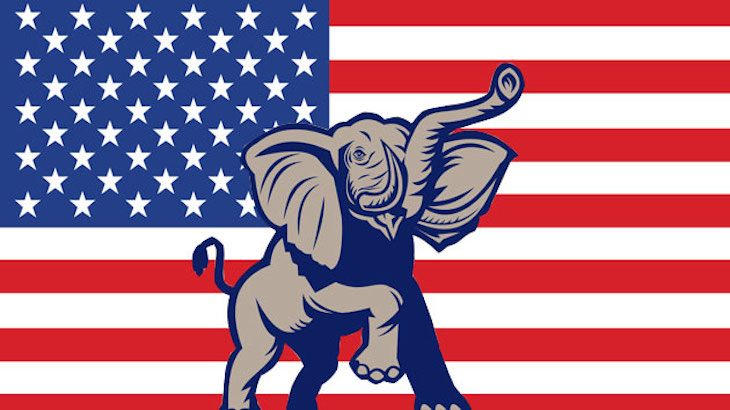 Reading Between the Lines at the 323rd Republican Debate

We are honored that Literary Hub has asked us to identify and translate the deliberately deceptive language—or Spinglish, as we prefer to call it—used by the candidates during the Presidential Primary Debates. The November 10th Republican gathering in Wisconsin was notable for such language, and we’re proud to present the highlights here:

“People have to work really hard.” Donald Trump offered this suggestion as an alternative to raising the minimum wage. It recalls strategist Frank Luntz’s admonition that all Republican candidates should mention “hard working taxpayers” whenever they recommend cutting spending on, or totally eliminating, “safety net” programs. The implication, of course, is that those toiling at subsistence wages (sometimes holding down two different full-time jobs in an attempt to get by) are poor only because they’re lazy and have grown used to getting handouts from the government.

“In the two hours of this debate, 200 babies have been killed by abortionists.” Dr. Ben Carson made this zygote-personhood-affirming statement as part of a plea that “we the people of America” not give away “what’s special about this nation . . .  for the sake of political correctness.” A candidate with opposing views might have phrased this as, “In the two hours of this debate, 200 women have benefitted from life-enhancing reproductive health services.”

welfare transfer payment. Senator Rand Paul used this disparaging phrase to characterize the child tax credit, which Senator Marco Rubio proposes to increase. In reality, of course, tax credits are not payments at all, since they represent money that taxpayers never had to hand over to the government in the first place.

“As I think about that question, I think about a woman I met the other day.” So said Carly Fiorina when the Wall Street Journal’s Gerald Baker asked her how she would respond to the claim that Democratic presidents are better at creating jobs than Republicans. This is an example of what The Washington Post’s Philip Bump calls “anecdote as antidote”—using a tiny, personal example to deflect attention away from, or to dismiss entirely, a big, general accusation. Fiorina went on to relate that the woman told her she “went to bed every night afraid for her children’s future.” President Obama is in the White House now, ergo, Democrats shouldn’t be trusted with the economy, right?

crucifying Christians. What Marco Rubio says the “radical jihadists in the Middle East” are doing. The Islamic State has shown a disturbing proclivity for executing its enemies, but Senator Rubio’s impassioned comment notwithstanding, it seems unlikely that they would use the primary symbol of Christianity to do so. If anything, they might be more inclined to employ the procedurally challenging, but more doctrinally appropriate, technique of nailing their opponents to a large star-and-crescent.

“army of lawyers [and] compliance officers.” Senator Ted Cruz explained to Gerald Baker that “big banks” got big because “the government made them big.” It did this creating so many “thousands of pages of regulations” that only the very largest institutions can afford to hire the “army of lawyers” and “the army of compliance officers” required to deal with them, while little Main Street banks “struggle to lend, or even exist.” Depicting individuals involved in any form of activity the speaker opposes as belonging to an “army” immediately characterizes them as part of a hostile force. Perhaps the Democratic candidates should refer to pro-life evangelicals as an “army of pastors.”

“We’ve become a nation of rules, not a nation of laws.” A catchy claim made by Carly Fiorina that qualifies as Spinglish because it implies a legal distinction, where none exists, between the “bad” government regulations that conservatives oppose (the graduated income tax, for example) and the “good” ones they support (such as, say, the legality of unlimited confidential donations to political candidates by Super PACs).

destroying the value of our currency. Rand Paul charged that this is what the Federal Reserve has been doing, noting that “as your prices rise or as the value of your dollar shrinks,” poor people are the ones who get hurt the most. The only problems with this argument are that inflation rates over the past several years have been lower than at any other time during the last half century, and that in recent months, gains in employment, tumbling oil prices, and increasing consumer confidence have contributed to a significant strengthening of the dollar.

“Welders make more money than philosophers. We need more welders and less philosophers.” This cri de coeur from Marco Rubio subtly reinforced the notion that captains of industry, and the “pro-growth” Republicans who represent their interests, care more about typical middle-class Americans than the “tax-and-spend” liberals whom Fox News commentator Linda Chavez once characterized as “learned souls [who] maybe should spend less time at Starbucks sipping double lattes over the Sunday Times and more time at church or the local high school game or in line at a Wal-Mart.” By the way, Rubio’s assertion, clever though it may be, has no basis in fact. According to Bureau of Labor Statistics, the median wage earned by America’s welders is $37,420, compared to the $63,630 median salary paid to philosophy teachers.

interrupting. What Donald Trump calls it when a woman—Carly Fiorina, for example—attempts to say something while a man is already talking. If a man does the same thing, Trump has shown no inclination to offer a similar characterization; indeed, at one point during the debate, he himself interrupted John Kasich to proclaim, “I don’t have to hear from this man. Believe me, I don’t have to hear from him.”

[AUTHOR’S NOTE: We collected these terms, as we do after each debate, purely as a public service (or, as some have insisted on calling it, a public self-service). Rumors that we are offering these compilations for the purpose of promoting our recent book, Spinglish: The Definitive Dictionary of Deceptive Language, have been greatly exaggerated.] 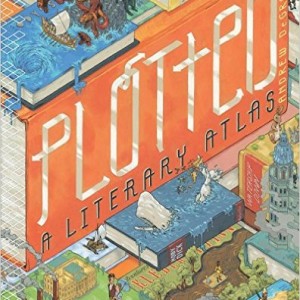 America may be the land of the free, but the two leading contenders for the title of “great American novel”...
© LitHub
Back to top