Yes, They Are Silently Judging You

PEN is excited to introduce the 2016 Literary Awards judges—a group of some of the most distinguished writers, translators, and editors working today. Mark your calendars with the following dates on which their decisions will be announced:

For a distinguished living American author of fiction:

For an outstanding work of debut fiction:

For a writer of fiction that addresses issues of social justice:

For a promising young writer of an unpublished work of nonfiction that addresses a global and/or multi-cultural issue:

PEN/Diamonstein-Spielvogel Award for the Art of the Essay ($10,000)

For a distinguished book of essays:

For a book of literary nonfiction on the subject of the physical or biological sciences:

For an exceptional work of literature by an author of color:

For excellence in the art of biography:

Three awards which honor a Grand Master of American Theater, playwright in mid-career and emerging playwright:

For a poet whose distinguished and growing body of work to date represents a notable accomplishment in American literature:

For a writer for their long-time contributions to the field of literary sports writing:

PEN/ESPN Award for Literary Sports Writing ($5,000)
For an author of a nonfiction book about sports:

For an author of an unpublished work of children’s or young-adult fiction:

For a distinguished book-length prose translation:

For a book-length translation of poetry into English:

For a living author of a major work of Paraguayan literature:

The PEN/Heim Translation Fund Advisory Board

A Brief History of Religious Toleration 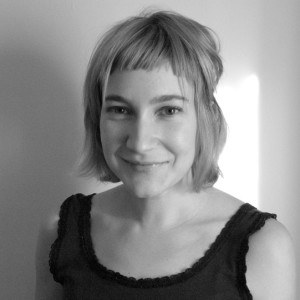 I didn’t know a single grown-up woman. I was 17, living in a house on industrial, bleak, Bathurst Street in Toronto. It was the mid-90s....
© LitHub
Back to top