Also on Literary Hub: On the moral aesthetic of landscape photography  · Books making news this week: jockeys, legends, and jazz · The oil empire: from Peter B. Doran’s Breaking Rockefeller 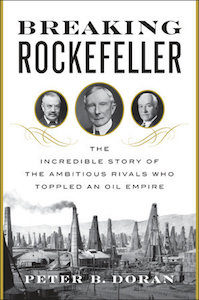 When spring arrived, the cherry blossoms at the Moon Temple atop Japan’s Mount Maya were worth the journey. In truth, there...
© LitHub
Back to top