Also on Literary Hub: How urban spaces shape the books we read · Interview with a Gatekeeper: Riverhead’s Rebecca Saletan on the author’s voice · From “Blackout” by Alyson Foster from her collection Heart Attack Watch 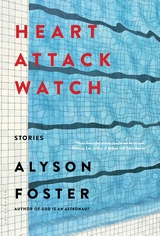 Leah is always awake—even at the odd times I get off my shifts. At midnight, at seven in the morning. None of the books...
© LitHub
Back to top