Against HB2, and in Support of Local Bookstores

Our original plan to read in North Carolina predated HB2, the bigoted anti-LGBTQ law that the state passed in March. We first met in 2012, when we were fellows in the Elizabeth Kostova Foundation’s Sozopol Seminars in Bulgaria, and quickly became friends. When it turned out that we both had first books coming out in the first half of 2016, it seemed natural that we would try to do an event together. Elizabeth Kostova, who lives in Asheville, offered to help organize an event at her wonderful local independent bookstore, Malaprop’s.

Some months later, North Carolina leapt into the news with the passage of HB2. HB2 does two devastating things: It renders invalid local LGBTQ-inclusive anti-discrimination ordinances across the state, and it humiliates and dehumanizes trans people by preventing them from using the bathroom that corresponds with their gender identity. In response, there were calls from activists and their allies to boycott the state. A number of major corporations, including Deutsche Bank and PayPal, have canceled planned development or expansion, and several entertainers have cancelled engagements, most famously Bruce Springsteen.

Several authors have joined the boycott as well. We respect their convictions, but for us the question didn’t even seriously arise. Author visits—even very famous author visits—don’t have the kind of economic impact on a community that a Springsteen concert does; what economic impact they have is almost entirely limited to the bookstore that hosts them. As Linda-Marie Barrett, the general manager of Malaprop’s, argued in a New York Times op-ed in April, this means that authors boycotting North Carolina are hurting powerful centers for community resistance to the law; thoughts echoed by another bookseller, Lucy Kogler from Talking Leaves Books, here at Lit Hub.

We’re both gay boys from the south, and we both write about growing up in places that deny the value and dignity of LGBTQ lives. Garrard’s book, Boy Erased, is a memoir of undergoing “ex-gay” therapy—a practice still legal in all but five states—as a college student in Arkansas. The middle section of Garth’s novel, What Belongs to You, recounts how the narrator’s childhood and adolescence were marked by the vicious homophobia of Kentucky in the early 1990s.

We both know from experience that independent bookstores are havens for queer people, including queer kids. In our pre-Internet youths, they were often the only possible source for any kind of pro-queer sentiment, whether that meant the novels of James Baldwin or Rita Mae Brown or a flyer for an LGBTQ community group. In places far from queer privilege—which means almost everywhere in the United States—independent bookstores often offer queer people their only safe spaces. We think of them as little gay churches, letting queer people—and, since both of us have worked intensively with young people, we are especially concerned for queer youth—escape the toxic lessons about their lives laws like HB2 teach, offering an antidote to their venom in writers like Edmund White and Audre Lorde, Alexander Chee and Jeanette Winterson.

And so we want to do everything we can to support North Carolina’s independent bookstores. Instead of canceling our event at Malaprop’s, we added two more readings in North Carolina: one at Greensboro’s Scuppernong Books, and another at Flyleaf in Chapel Hill. We’ll be posting dispatches at Lit Hub from each of our stops, sharing the conversations and experiences we have as we talk about growing up queer in the south and the devastating impact of laws like HB2.

HB2 is meant to humiliate queer people, as are all of the laws like it across the United States. Where humiliation is the law of the land, queer literature offers a necessary, lifesaving correction: a vision of queer lives imbued with dignity, by which we mean a full measure of humanity. We hope you’ll join us in supporting the independent bookstores that work to make that vision available to the people who need it most.

You can see Garth and Garrard read in North Carolina at the following wonderful bookstores. And check back in at Lit Hub next week for their stories from the road… 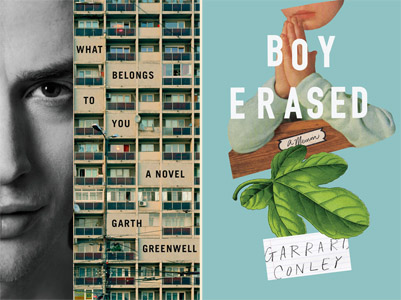 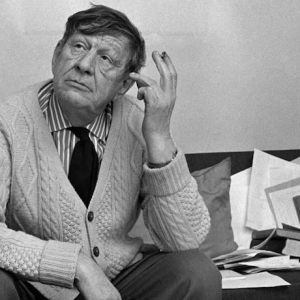 A brief look at a dark genre, the suicide memoir: true crime, mystery, and grief. | Literary Hub On the 30th anniversary...
© LitHub
Back to top
Loading Comments...