How Urban Spaces Shape the Books We Read

Cities can make for excellent muses. No two people see the same city in the same way, and thus no two books about the same city will reveal the same spaces, the same neighborhoods, the same shortcuts and pathways that can feel like an extension of a writer’s body. There has been evocative nonfiction that has come from the mind of lifelong residents of a given city, and there has been evocative nonfiction that has arisen from recent visitors to that same place. There are insights only known to someone who knows a place intimately, and there are truths about the same places that only a recent arrival might recognize.

Works bringing talented writers together with specific cities that they hold dear have yielded memorable literary results. The Crown Journeys series, for instance, yielded books like Ishmael Reed’s Blues City: A Walk in Oakland, Myla Goldberg’s Time’s Magpie: A Walk in Prague, and Chuck Palahniuk’s Fugitives and Refugees: A Walk in Portland. In some cases, these also show off different sides of their author’s work: Palahniuk’s, for instance, showcases a more relaxed and candid side than what comes off in much of his jarring, visceral fiction. Other writers use nonfiction to proceed further into the real-life history of places that they may have already used in other works. Orhan Pamuk’s 2003 book Istanbul: Memories and the City, for example, focuses on the city that has sat at the heart of much of his fiction. His recent novel A Strangeness in My Mind is set against the backdrop of several decades’ worth of local history. It’s not the first time that a fictionalized version of a real city can help illustrate the history and issues at play in that space, nor will it be the last.

Certain narratives of urban spaces offer up a litany of dangers, which can thrill and alarm readers in equal measure. Stories of outlaws and rebels moving through the streets and boulevards of a major city offer a definite fascination for those who encounter a book—whether they’re looking to live vicariously through the anti-social or criminal actions of a book’s subjects or prefer to take a more detached, sociological view of the proceedings. There’s a reason that Luc Sante’s Low Life has had such intense staying power: it’s the kind of book that one can find prominently placed on a host of aesthetically diverse readers’ shelves, a one-book overlap in a literary Venn diagram.

Sante meticulously catalogued and dramatized life on the margins of New York in bygone days. His 2015 book The Other Paris performed a similar task regarding the City of Lights. What makes Sante’s books so compelling are their ability to bridge seemingly disparate literary approaches. He’s a meticulous researcher, a process which yields fascinating pieces of history that he is then able to offer up to his readers. He’s a deft prose stylist; one could read Sante’s work without caring a whit for the historical context and probably still be delighted. And, without overtly editorializing, he offers a point of view—in The Other Paris, there’s a sense of palpable loss of the aspects of the city that were destroyed over the course of centuries in the name of progress. And so, there are strange attractions to be found in his work, bringing together a voyeuristic thrill at actions taken outside of the law and a class warrior’s anger at the way that institutional power takes aim at the working class.

Geoff Manaugh’s A Burglar’s Guide to the City takes as its subject the overlap of crime, architecture, and urban planning. In certain sections of the book, he explores particularly daring or creative crimes, and then examines just how they relate to the design of urban and suburban spaces. He recounts the 1986 robbery of a bank in Hollywood, where employees heard odd noises but determined that “the possibility that the bank was haunted seemed more likely than that someone was tunneling up from below.” There are enough oddball crimes, historical heists, and memorable real-life figures to capture the fancy of many a true-crime reader, but Manaugh’s focus is deeper.

Manaugh’s style reveals another wrinkle that can arise when writing about cities. In the span of two pages, he invokes Richard Stark’s The Score and Herman Melville’s Moby-Dick. The works of Franz Kafka and Michel Foucault, as well as Mike Davis’s landmark work on Los Angeles, City of Quartz, also show up along the way. But he also treats certain architectural texts in a literary fashion as well, dedicating one section near the end to the works of architect and theorist Bernard Tschumi. At one point, Manaugh discusses Tschumi’s work The Manhattan Transcripts, which “diagrams a fictional murder in Central Park, implying that the crime could be used to reveal previously unknown or repressed forensic insights about how people really want to use the city…” He also notes that Thomas More’s Utopia can be viewed as an early example of crime fiction, given that More had spent time as the undersherriff of London.

In Manaugh’s telling, the line between real cities, fictional cities, and theoretical cities is an increasingly blurred one. (Needless to say, reading this book prompted questions about what Manaugh makes of the recent news that Google is exploring the idea of building its own city.) And he notes that “the Internet has been a godsend to burglars,” with everything from Google Maps to floor plans posted by developers to attract potential homebuyers existing in a way that might assist a criminal in making off with something of value. One of the most fascinating passages in A Burglar’s Guide to the City focuses on a handful of communities that have opted out of Google Street View. In this day and age, a community backing away from that seemingly ubiquitous service creates a kind of invisibility or opacity—the kind of thing some mid-century literary visionary would eagerly utilize in a beguilingly surreal narrative.

The archetypal burglar of Manaugh’s title, then, is a very specific kind of a reader. And just as we literary citizens sit back and read the work of Geoff Manaugh, so might an expert burglar gaze out at a populated apartment building, eyes surveilling the exterior features, the height, the nearby buildings, and have just as edifying a reading experience. There are other ways in which words loom large in this narrative, particularly in Manaugh’s exploration of laws and codes that govern the nature of burglary, the question of intent, and the interpretations of criminality.

That same overlap between physical cities and their literary counterparts is apparent from the first page of Githa Hariharan’s essay collection Almost Home: Finding a Place in the World From Kashmir to New York. That’s not intended figuratively: the book’s epigraph comes from Italo Calvino’s Invisible Cities, a book that has both had a substantial influence on generations of fiction and given a particular group of nonfiction writers plenty to draw from as well. That same sense of cities in constant flux found in Invisible Cities runs throughout the pieces collected in Almost Home. Very early on, Hariharan describes the process of moving from city as a child, and the impact it had on her education. She writes of a move to Nepean Sea Road, where “a new world populated by Hindi, Marathi, and Gujarati speakers, but above all ruled by Indian English…” In this memory, Hariharan juxtaposes different versions of English that she has encountered over the course of her life, noting that upon her arrival at her new school, she learned that most of the world “spoke an English much less exciting (and much more exacting) than ours.” Here, again, is the juxtaposition of place and language, where subtle differences in one are mirrored by subtle differences in another.

As an Indian writer who grew up both in Bombay and Manila, she is also able to provide an outsider’s perspective on places that may be familiar to American readers. She describes her first visit to New York in 1977, and how it altered her perspective on racism in America. “As a child in a Bombay school, I had puzzled for days about Countee Cullen’s poem ‘The Incident,’” she writes. Her trip took the racism and tension that Cullen described out of the realm of the theoretical and made it tangible. And she juxtaposes Washington, DC with the now-ruined city of Vijayanagar. “How is a great city born?” Hariharan asks. “How does it grow in turn into an empire?” Depending on one’s perspective, Hariharan’s writing may well offer an illuminating and unexpected view of a familiar place, a comparison that can in turn spark a cascading line of thoughts on the way that cities and empires relate.

Hariharan also powerfully describes the phenomenon of feeling an affinity for one place while being in another. She writes about a series of trips that she made to Japan beginning in 1970, and of her growing affinity for the works of the 17th-century Japanese poet Bashō and the haiku form in general. She refers to the mental impressions she formed of Japan and Japanese culture as “Japan-in-Bombay,” and speaks of eventually finding a place where those impressions and the reality that surrounded her converged.

There are some places in the world you have already met—in books, in your personal history, maybe in your dreams. It is hard meeting the real thing face to face.

As the title of her book suggests, Hariharan also addresses the concept of home throughout the work, especially as it nears its conclusion. “I have lived in Delhi for about 30 years now, and I should call it home,” she writes. But here, too, memories and other places haunt her. “Places I left behind 20 years back still come together to make sense, as if I can see them whole from above.” Hariharan repeatedly returns to the idea of the cities that one experienced in life, through books, and through memories. In a shop in Denmark, she sees a host of objects from other continents. She is initially confused, and receives an explanation from a Danish woman nearby, which Hariharan summarizes succinctly: “We need elsewhere to complete us.” That observation isn’t necessarily presented as an endorsement—the shop is described in a way that seems as though it borders on the fetishization of other cultures. It’s a reminder that writing about other places has its dangers: even the best intentions can sometimes lead to aesthetically or morally disastrous ends. (Or both.)

Hariharan’s tone in Almost Home is contemplative, bringing together her personal history with her substantial knowledge of politics and culture. In his book, Manaugh opts for a brisker approach, moving from story to story, and covering a large swath of geographic and cultural territory along the way. But what both have in common is a willingness to invoke cities in pop culture–by which I largely mean books. On one hand, it’s understandable: books that reference other books are hardly a rare phenomenon. But it also speaks to something deeper: unless you possess unlimited wealth and free time, you’re probably not going to be able to visit every city that intrigues you. And so, we’re all somewhat confined to experiencing certain real cities the same way that we travel to fictional ones: through the process of reading word after word after word, and waiting for the cities to unfold in our minds. 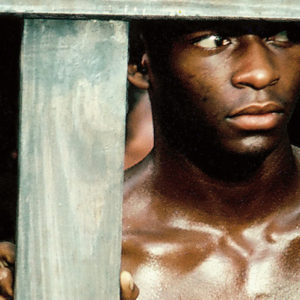 I was born in Tennessee in the old Knoxville General Hospital. I was the first person in my family born in a hospital. When...
© LitHub
Back to top