Also on Lit Hub: Our top ten most read stories of the year · Pantsuit nation: turning culture into commodity ·Read from Otared, by Mohammad Rabie, translated by Robin Oger. 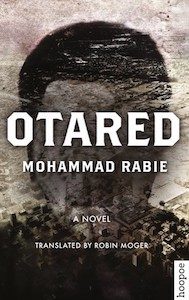 We took turns smoking the joint. The five of us finished it in under a minute: just two puffs each. We lit another. As usual,...
© LitHub
Back to top