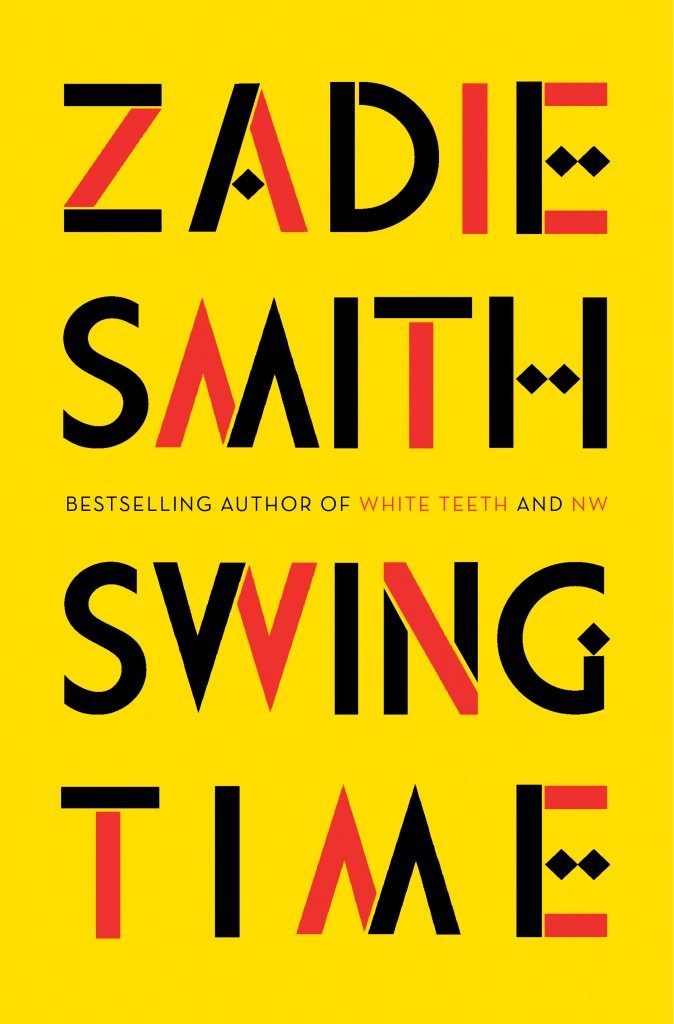 The following is from Zadie Smith’s novel, Swing Time. Smith is the author of the novels White Teeth, The Autograph Man, On Beauty, and NW, as well as a collection of essays, Changing My Mind. Swing Time is her fifth novel.

If all the Saturdays of 1982 can be thought of as one day, I met Tracey at ten a.m. on that Saturday, walking through the sandy gravel of a churchyard, each holding our mother’s hand. There were many other girls present but for obvious reasons we noticed each other, the similarities and the differences, as girls will. Our shade of brown was exactly the same—as if one piece of tan material had been cut to make us both—and our freckles gathered in the same areas, we were of the same height. But my face was ponderous and melancholy, with a long, serious nose, and my eyes turned down, as did my mouth. Tracey’s face was perky and round, she looked like a darker Shirley Temple, except her nose was as problematic as mine, I could see that much at once, a ridiculous nose—it went straight up in the air like a little piglet. Cute, but also obscene: her nostrils were on permanent display. On noses you could call it a draw. On hair she won comprehensively. She had spiral curls, they reached to her backside and were gathered into two long plaits, glossy with some kind of oil, tied at their ends with satin yellow bows. Satin yellow bows were a phenomenon unknown to my mother. She pulled my great frizz back in a single cloud, tied with a black band. My mother was a feminist. She wore her hair in a half-inch Afro, her skull was perfectly shaped, she never wore make-up and dressed us both as plainly as possible. Hair is not essential when you look like Nefertiti. She’d no need of make-up or products or jewelry or expensive clothes, and in this way her financial circumstances, her politics and her aesthetic were all perfectly—conveniently—matched. Accessories only cramped her style, including, or so I felt at the time, the horse-faced seven-year-old by her side. Looking across at Tracey I diagnosed the opposite problem: her mother was white, obese, afflicted with acne. She wore her thin blond hair pulled back very tightly in what I knew my mother would call a “Kilburn facelift.” But Tracey’s personal glamour was the solution: she was her own mother’s most striking accessory. The family look, though not to my mother’s taste, I found captivating: logos, tin bangles and hoops, diamanté everything, expensive trainers of the kind my mother refused to recognize as a reality in the world—“Those aren’t shoes.” Despite appearances, though, there was not much to choose between our two families. We were both from the estates, neither of us received benefits. (A matter of pride for my mother, an outrage to Tracey’s: she had tried many times—and failed—to “get on the disability.”) In my mother’s view it was exactly these superficial similarities that lent so much weight to questions of taste. She dressed for a future not yet with us but which she expected to arrive. That’s what her plain white linen trousers were for, her blue-and-white-striped “Breton” T-shirt, her frayed espadrilles, her severe and beautiful African head—everything so plain, so understated, completely out of step with the spirit of the time, and with the place. One day we would “get out of here,” she would complete her studies, become truly radical chic, perhaps even spoken of in the same breath as Angela Davis and Gloria Steinem . . . Straw-soled shoes were all a part of this bold vision, they pointed subtly at the higher concepts. I was an accessory only in the sense that in my very plainness I signified admirable maternal restraint, it being considered bad taste—in the circles to which my mother aspired—to dress your daughter like a little whore. But Tracey was unashamedly her mother’s aspiration and avatar, her only joy, in those thrilling yellow bows, a frou-frou skirt of many ruffles and a crop top revealing inches of childish nut-brown belly, and as we pressed up against the pair of them in this bottleneck of mothers and daughters entering the church I watched with interest as Tracey’s mother pushed the girl in front of herself—and in front of us—using her own body as a means of obstruction, the flesh on her arms swinging as she beat us back, until she arrived in Miss Isabel’s dance class, a look of great pride and anxiety on her face, ready to place her precious cargo into the temporary care of others. My mother’s attitude, by contrast, was one of weary, semi-ironic servitude, she thought the dance class ridiculous, she had better things to do, and after a few further Saturdays—in which she sat slumped in one of the plastic chairs that lined the left- hand wall, hardly able to contain her contempt for the whole exercise—a change was made and my father took over. I waited for Tracey’s father to take over, but he never did. It turned out—as my mother had guessed at once—that there was no “Tracey’s father,” at least not in the conventional, married sense. This, too, was an example of bad taste.

From SWING TIME.  Used with permission of Penguin Press. Copyright © 2016 by Zadie Smith. 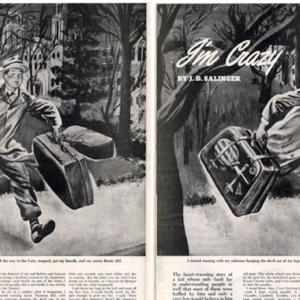 LitHub Daily: December 22, 2016 The best essays we published this year, as chosen by the Lit Hub editors. | Literary Hub Blair Braverman has had enough...
© LitHub
Back to top