This week on Lit Hub:

Announcing the 2017 Man Booker shortlist · When Roald Dahl’s editor decided he was too much of a prick to publish · The classes 25 famous writers teach· On Patience Gray’s Honey Fom a Weed, a little known, much loved cookbook that was ahead of its time · When your favorite writer does not like your initial cover designs ·  “I’ve always been political”: Celeste Ng and Nicole Chung in conversation · 7 writers who were also editors (and the books they edited) · The divinity of dog writing, from Virginia Woolf to Eileen Myles · On Marilynne Robinson and finding comfort in domestic rituals· How should a male writer be? On the toxic competitiveness of writers · The ways in which a novel can fail like a marriage· We’re drifting toward monopoly, conformism, and machines: How technology makes us less free
The best of Book Marks:
Fierce cruelty and redeeming love: A 2003 review of Khaled Housseini’s The Kite Runner · Danielle Allen’s Cuz and the tradition of moral reckoning in black American nonfiction · From 1986, Stephen King’s It and the evil that haunts America · Erica Jong on Roald Dahl’s macabre children’s classic, The Witches · NPR calls Tales of Two Americas “a gripping triptych of American displacement and transience” · Life is heartbreak: Joyce Carol Oates on Alice Munro’s The Progress of Love · Dorothy Parker called J.P. Donleavy’s The Ginger Man “a rigadoon of rascality, a bawled-out comic song of sex” · Celeste Ng, John McPhee, Nicole Krauss, and more: the best-reviewed books of the week
Lit Hub Daily
Share:

Evil Enters From the Left: On Pantomime and the Classic Stage 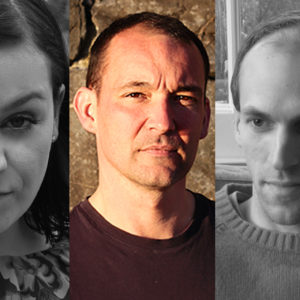 The shortlist for the Twelfth BBC National Short Story Award with BookTrust, the UK's award for the best short story published...
© LitHub
Back to top