Bob Gottlieb: Not Having It

There are a number of important moments in the lives of bookish children, or the adults that used to be them. Moments when you learn something that you cannot unlearn. Turning points, if you will. One of these is the moment you find out that Roald Dahl was an asshole. And not a cute, edgy asshole either. A misogynistic, anti-Semitic, cheating, bullying, arrogant asshole. Yes, this is the same guy who wrote Matilda. (Though as it turns out, Dahl originally wrote Matilda as a wicked little girl who tortures her poor parents and only later becomes clever, and it took his editor Stephen Roxburgh to sort it all out for him.) He was famous for insulting people, stirring up spats with other writers and being generally unpleasant to just about everyone. Even his first wife, Patricia Neal, nicknamed him “Roald the Rotten.”

But on the other hand, he wrote some pretty wonderful books. For almost twenty years, his New York publisher was Alfred A. Knopf. In his memoir Avid Reader, Robert Gottlieb, who was top-brass there from 1963 to 1987, wrote a little about working with Dahl:

His behavior to the staff there was so demanding and rude that no one wanted to work with him, and in any case there was no one there who was elevated enough for him to deign to deal with. Roald was a tremendous charmer . . . but his behavior at Knopf grew more and more erratic and churlish. Secretaries were treated like servants, tantrums were thrown both in person and in letters, and when Bob Bernstein, as head of Random House, didn’t accede to his immoderate and provocative financial demands, we sensed anti-Semitic undertones in his angry response.

The last straw was, somewhat incredibly, over pencils. According to Jeremy Treglown’s biography of Dahl, in 1980 the writer sent a letter to his Gottlieb’s office to tell him that he was running out of pencils (Dixon Ticonderoga, 1388–2-5/10 Medium), and requesting that Gottlieb have someone “competent and ravishing” send a packet of six dozen his way. Gottlieb thought he was joking and ignored him. Three months later, Dahl wrote again, and finally Gottlieb’s assistant wrote back, sending the closest thing she could find. These, apparently, were not sufficient, and in addition to the pencils, Dahl had a slew of other complaints and demands. He wrote again, threatening to take his books elsewhere. Gottlieb responded:

This is not in response to the specifics of your last several letters to me and my colleagues, but a general response to everything we’ve heard from you in the past year or two.

In brief, and as unemotionally as I can state it: since the time when you decided that Bob Bernstein, I and the rest of us had dealt badly with you over your contract, you have behaved to us in a way I can honestly say is unmatched in my experience for overbearingness and utter lack of civility. Lately you’ve began addressing others here—who are less well placed to answer you back—with the same degree of abusiveness. For a while I put your behavior down to the physical pain you were in and so managed to excuse it. Now I’ve come to believe that you’re just enjoying a prolonged tantrum and are bullying us.

Your threat to leave Knopf after this current contract is fulfilled leaves us far from intimidated. Harrison, Bernstein and I will be sorry to see you depart, for business reasons, but these are not strong enough to make us put up with your manner to us any longer. I’ve worked hard for you editorially but had already decided to stop doing so; indeed, you’ve managed to make the entire experience of publishing you unappealing for all of us—counterproductive behavior, I would have thought.

To be perfectly clear, let me reverse your threat: unless you start acting civilly to us, there is no possibility of our agreeing to continue to publish you. Nor will I—or any of us—answer any future letter that we consider to be as rude as those we’ve been receiving.

Apparently, when he sent the letter, all of Dahl’s contacts at Knopf “stood on their desks and cheered.”

The anti-Semitic thing was real, by the way; in a 1983 interview, Dahl said, “there’s a trait in the Jewish character that does provoke animosity . . . I mean there is always a reason why anti-anything crops up anywhere; even a stinker like Hitler didn’t just pick on them for no reason.” Woof.

How Technology Makes Us Less Free

The 2017 Man Booker Shortlist is Here! 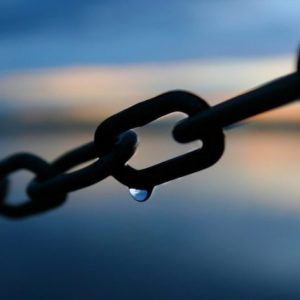 How Technology Makes Us Less Free

There is a piece of technology hailed as inevitable, almost universally assumed to present consumers with an irresistible...
© LitHub
Back to top