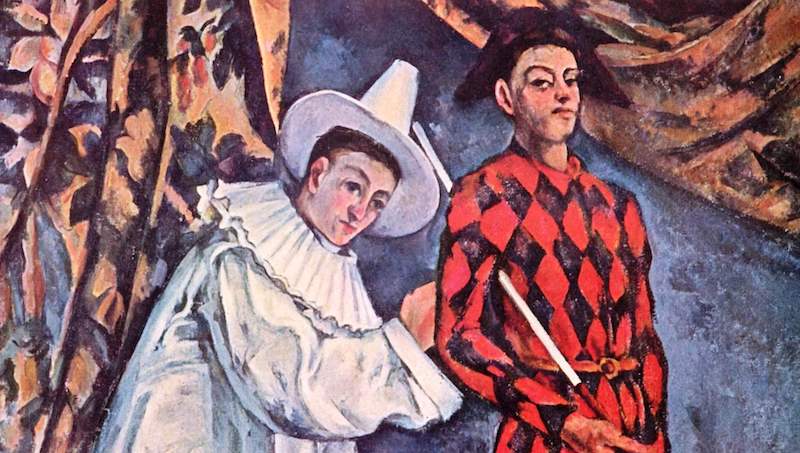 Evil Enters From the Left: On Pantomime and the Classic Stage

My grandfather’s voice was quiet, which was more frightening than if he’d shouted. He moved towards me, one hand stretched out, his shadow making fantastical shapes on the wall.

This isn’t a shocking story of abuse, though it is a Grimm’s fairy tale of sorts. My grandfather was an actor and he was famous for playing Abanazar in the pantomime, Aladdin. In real life Grandad was a lovely, soft-spoken man but, in character, his darkly handsome face could easily be made up to look villainous. It was a great bedtime treat for him to act out this scene for me and my sisters. On stage it would be even more frightening, with green smoke billowing and fire-crackers concealed in Abanazar’s copious sleeves.

“Give me the lamp.” Crack of thunder. Roll of drums.

The baddie, or Demon King, in panto has a long and interesting history. The word pantomime comes from the Roman word, pantomimus: panto meaning all, mimus, a dancer. Therefore a Roman pantomime was a performance by a solo male dancer. Pantomime, as we know it, has its origins in the late Middle Ages and the Italian tradition of Commedia dell’Arte, stories told by traveling players involving stock characters: harlequin, the lovers, the parents, the servants and the vecchi (comic old men). In 19th-century Europe, these stories merged with fairy tales and nursery rhymes. Harlequin became twinned with Cock Robin or the Three Bears and pantomime, a Christmas entertainment for children, was born. The great clown, Joseph Grimaldi, played an important part in turning pantomime into a broadly comic art form. The stock characters were all still there: the lovers, the parents determined to thwart them, the comic servants, the bungling policeman. Harlequin would tap his wooden sword (a derivative of the Commedia slapstick or batte) and the scene would transform. At some point the servants would probably get into a food fight, from which we get the word “slapstick.” Then Clown would appear and announce, “Here we are again.”

The Demon King was the bad guy, the principal antagonist. By tradition he always appeared stage left, because left (sinistra in Italian) is traditionally associated with the devil. By contrast, the Good Fairy always appears from the right. This tradition goes back to medieval mystery plays where the left hand side of the rudimentary stage symbolized hell and the right, heaven. Mystery plays were heavily embroidered versions of bible stories and the Demon King was often King Herod, who would come down from the cart which formed the stage to terrify children in the street. The actor Nigel Havers, who recently played the Demon King in Dick Whittington, has another explanation for the stage left rule: “It’s because it’s contrary to the direction we read and write—subliminally, it feels disturbing and unnatural for a character to cross the [stage] that way.”

The father of modern British pantomime is probably Dan Leno, whose famous performances at the Theatre Royal Drury Lane included the title role in Mother Goose. Leno was never the villain but he built up the role of the Demon King so that his character would have something to fight against. In fact, Mother Goose could be seen as a version of the Faust story. Mother Goose makes a pact with the Demon King—youth and beauty in exchange for the golden eggs—which sets the template for every stage battle between good and evil. You can see the Demon King in Bond villains, in JK Rowling’s Lord Voldemort (these chaps really enjoy giving themselves a title), in soap opera baddies (it’s no coincidence that soap stars love appearing in panto) and in the comic book universes of DC and Marvel. In the Thor films you can see Thor as Harlequin (his hammer is the slapstick) and Loki as the Demon King. Stephen King’s evil clown Pennywise is a distortion of the Harlequin figure as is Harley Quinn in Batman.

Both Joseph Grimaldi and Dan Leno are said to haunt the Theatre Royal, Drury Lane. Grimaldi popularized the white-face look for clowns, so much so that circus clowns are often called Joeys after him. Grimaldi died in 1837, after being sick and destitute for many years. One of his macabre final wishes was that his head be separated from his body which may account for the many sightings in the theatre of a disembodied white-painted face. However, the appearance of Grimaldi’s ghost in the back row of the stalls is meant to be a sign that a show is set for a long run. I used this story in my novel The Blood Card when Max, performing at the theatre, is disappointed not to have spotted Grimaldi. The spirit of Dan Leno also haunts Drury Lane. Like Grimaldi, Leno fell on hard times and, when he died in 1904, aged just 43, he had a history of mental problems and alcoholism. It was said that Leno always wore lavender perfume to disguise the smell of drink and, later, of his incontinence. The scent of lavender in the wings is meant to be a sign that Leno’s spirit is near. This legend also appears in The Blood Card.

Incidentally Dan Leno also appears as a character in a novel by Peter Ackroyd, Dan Leno and the Limehouse Golem. The story has recently been made into a film with a fantastic performance from Douglas Booth as Leno. The golem of the title could easily be seen as the Demon King and the film makes great, sinister use of the pantomime catchphrase, “Here we are again.”

Pantomime now seems a particularly British ritual. It has no real equivalent in the United States although, in recent years, many American TV stars, like Henry Winkler and David Hasselhof, have had great success in panto. Both actors played Captain Hook, a traditional Demon King role, in Peter Pan.

British Pantomime has developed many strange traditions. The young hero is usually played by a woman and there’s always a comic Dame, who is played by a man. There are many stock phrases which lead to audience participation. “Behind you!” “Oh yes she is!” “Oh no she isn’t!” There’s always a slapstick scene, harking back to the Commedia dell’arte origins and the performance always ends with a transformation scene. In the 19th century this involved the Fairy Queen turning the players into characters from the harlequinade, a stylized dance and mime show. Nowadays it’s just a chance for some spectacular costumes and scenery. While the stage is being prepared for the transformation scene, the leading comic actor goes in front of the curtain to entertain the audience, often inviting children onto the stage to sign a  popular song.

The Stephens and Mephisto books were inspired by my grandfather’s career as a Variety artiste. After serving in the First World War, my grandfather, Frederick Goodwin, reinvented himself as a comedian called Dennis Lawes. He often said that, after all the horrors he had seen in the war, making people laugh was the only job he wanted to do. Dennis was a fairly successful performer right up until the 1950s and 1960s but it was in pantomime that he really made his name. He was a famous Abanazar but he also sometimes played the Dame, something my mother found quite disturbing as a young girl.

In Smoke and Mirrors Max Mephisto plays Abanazar but the book also explores the darker origins of pantomime: the blood-thirsty fairy tales, the disguises and transformations, the evil man who tells you to trust him (Abanazar tells Aladdin that he is his uncle). Children love pantomime but, as Walt Disney knew, sometimes we also enjoy being scared. Perhaps the lasting allure of pantomime is that the theatre is a place where anything can happen: men can be women and women men, the wooden stage can transform into a castle or a ship, Peter Pan can fly, Dick Whittington’s cat can talk, Aladdin can open the cave and find the magic lamp. There may be terrors along the way but, with a flick of her magic wand, the Good Fairy can restore order by the closing curtain.

As Puck (a Harlequin figure if there ever was one) says at the end of A Midsummer Night’s Dream:

Give me your hands, if we be friends
And Robin shall restore amends.

Elly Griffiths is the author of the Ruth Galloway and Magic Men mystery series. She is the recipient of the Mary Higgins Clark Award and the CWA Dagger in the Library Award, and her work has been praised as "gripping" (Louise Penny), "captivating," (Wall Street Journal) and "must-reads for fans of crime fiction" (Associated Press). She lives in Brighton, England. 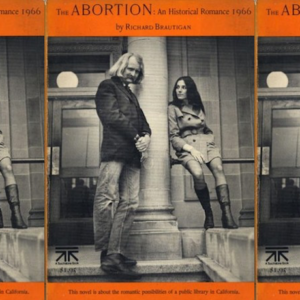 The National Book Awards longlists for young people's literature, poetry, fiction, and nonfiction were announced....
© LitHub
Back to top