The shortlist for the Twelfth BBC National Short Story Award with BookTrust, the UK’s award for the best short story published in 2016 (or unpublished), was announced today. The winning author will be awarded £15,000, and four remaining shortlisted authors will take home £600 each. The shortlist is:

Will Eaves, “Murmur”
Jenni Fagan, “The Waken”
Cynan Jones, “The Edge of the Shoal”
Benjamin Markovits, “The Collector”
Helen Oyeyemi, “If a book is locked there’s probably a good reason for that, don’t you think?”

Eimear McBride said in a statement,

I think this year’s shortlist represents a veritable festival of ideas about identity, the innate and the capacity of both for transformation . . . or not. These are stories about what is hidden, what is revealed, what can be lost and what will remain. While they inhabit very different imaginative, linguistic, political and artistic landscapes, these are the ideas which bind them together and have made each one such a pleasurable discovery for me.

Each year I’m struck again by the quality and range of the stories entered for the BBC National Short Story Award, but this year I was aware of something else. With more entries than ever before for this year’s Award, writers of all persuasions—novelists, poets, short story specialists—are seeing the value of short fiction and experimenting with it more boldly. All five of our shortlisted writers this year are, for the first time, novelists of stature: three were on the most recent Granta 20 under 40 list. All of them have embraced the freedom that short fiction offers and all their stories sing out, enduring, bold, humane and moving; however different in style and shape, they prove just how exciting and current the short story is in the UK just now.

The winner will be announced on October 3rd. 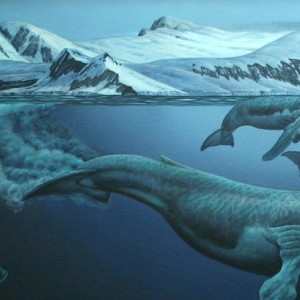 Remember whale song? Me neither. We are far, far away from the quiet age of sail. That’s how cetologists Roger Payne and Scott...
© LitHub
Back to top