TODAY: In 1889, Jamaican writer and poet Festus Claudius “Claude” McKay, a seminal figure in the Harlem Renaissance, is born.

Haruki Murakami cops to his long-standing avoidance of modern and contemporary Japanese fiction, and then proceeds to write an awful lot of interesting things about it… • Just in time for gourd season, it’s our highly scientific, exhaustively curated, unironically ULTIMATE fall books preview • Look inside the FBI file of government-classified “subversive,” Susan Sontag • Carol Anderson: how the GOP is culling millions of registered voters—mostly young, poor, and/or minority voters—from the rolls • “My imposter syndrome loves to come out to literary events.” Sharlene Teo accurately describes the vibe at every literary event in her guide to fighting imposter syndrome as a debut novelist • Why The Left Hand of Darkness—a book both about gender and not at all about gender—has been relevant for 49 years •

Obviously it’s what’s on the inside that counts, but Jane Mount’s illustrations of some of the world’s most striking libraries make a strong case for outer beauty • Jason Stanley on Trumps’s attacks on so-called “political correctness,” and how fascist activists try to use accusations of hypocrisy and censorship to undermine academia • Leah Dieterich on how writing ad copy about a stoned puppet shaped her voice as a memoirist. Yes, a stoned puppet.• The teenage girl who became East Berlin’s first punk (and an enemy of the state) • Rakesh Satyal on the momentum inherent to great writing and great comedy, and the importance of reading your work out loud • The true story of a bitter one-way rivalry, a stolen William Gass manuscript, and the book that rose from the ashes • Historian Antony Beevor on why the past might not actually repeat itself • Visiting Puerto Rican artists, one year post-hurricane Maria •

From This Side of Paradise to The Last Tycoon, we look back at the first reviews of every F. Scott Fitzgerald novel • Physician and The Winter Soldier author Daniel Mason talks to Jane Ciabattari  about his five favorite books about doctors • PBS’ The Great American Read returns to find the nation’s favorite work of fiction • This week in Secrets of the Book Critics: music journalist and author Tim Riely on Altamont, Faulkner, and George Bernard Shaw’s music criticism • Fiery takes on Bob Woodward’s Trump indictment, Nico Walker’s tale of opioid addiction, the end of Knausgaard’s struggle, and more Book Reviews You Need to Read This Week • The real Lolita, voter suppression in America, and a Greek myth reimagined all feature among our Best Reviewed Books of the Week

Happy Birthday, Agatha Christie! 20 quotes that prove that Christie was actually the most noir author who ever lived • From Beowulf, to Murder on the Orient Express, to The First Wives Club, Jo Jakeman looks at the appeal of fictional vengeance for the marginalized, and recommends 10 books where bad guys get their comeuppance• Stephen King: Crime Writer. King might be known as an icon of horror, but going through his career, you see he’s mastered the many facets of crime and mystery fiction, too • Huge congrats to all the 2018 Anthony Award nominees and winners • Tod Goldberg on Ice Cube, the early days of NWA, Elmore Leonard, Sam Spade, and all the unexpected convergence points from a life of crime fiction and gangster rap • “[T]he voices of girls and women have been erased for too long and history is as much about the people who are driven to uncover these stories as it is about the stories themselves”: Sarah Weinman’s life of crime • September’s Must-Read Thrillers: The Real Book Spy’s Ryan Steck rounds up all the best heart-pounding page-turners out this month • “There’s a certain sense of comfort that exists in the idea that nothing can be done to prevent people from falling through the cracks. To admit otherwise forces us to examine our societal weaknesses and take corrective action.” Kate Moretti on nature vs nurture, in crime fiction and in real life • Stephen Giles on a lifelong obsession with English country houses, and a look at 7 classics set within those very homes • Working dogs and crime fiction: Margaret Mizushima provides a guide to the wonderful world of K-9 mysteries • Sarah Zettel examines the role community plays in enabling abuse and looks athow psychological thrillers reveal the complexities of gaslighting • Steve Goble on why pirate stories are a natural fit for crime readers, complete with recommendations for your next high-seas swashbuckling mystery • Levi Stahl sets out to make converts of us all with an appreciation for EllisPeters’s long-running, much-loved Brother Cadfael series • Stephanie Gayle looks at 7 novels that use countdowns and deadlines to perfect effect

The Deeper The Water The Uglier The Fish 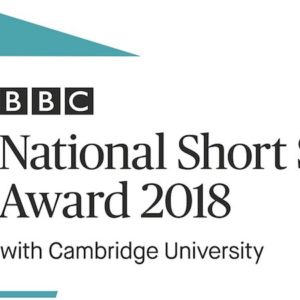 Today, the BBC announced the shortlist for their 2018 National Short Story Award with Cambridge University. Selected from...
© LitHub
Back to top