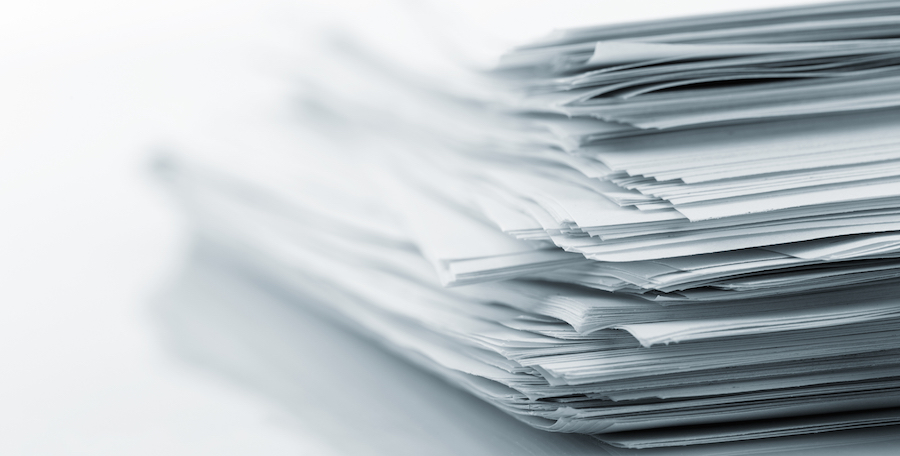 The Time a Bitter Rival Stole a Manuscript From William H. Gass

William H. Gass was teaching when someone stole his novel manuscript. It was the summer of 1958, and Gass was working on the final chapter, “glaring” at a book that he struggled to finish. For years, his short fiction had been rejected by literary magazines. He’d become a “cross and bitter person.” The final chapter of his manuscript contained “lines chewy as cheap caramels.” Junk. He wished “every word would disappear as if set down in lemon juice.” He went to class, and left his office door in room 202 of Purdue Hall unlocked. When he came back, the manuscript was gone, “disappeared like dew does on a warm morning.” Gass was furious, confused, paranoid.

He put a notice in the Lost and Found section of The Journal and Courier newspaper: “Novel Manuscript, 80 single-spaced typed pages in black spring binder. Title—’Omensetter’s Luck.’ Of no value but to author. Reward.” His dean sent a memo to each department at Purdue: “Bill Gass has lost the nearly completed copy of a novel, on which he worked for four years . . . We can only hope that someone picked it up out of accident and will be glad to rectify his error if he can find the owner.” The dean asked professors to survey their classes. Nothing turned up.

It was his only copy of the manuscript. Gass hated the “smeary results” of carbon copies: “I would write what would seem to me an appealing line, but beneath my Underwood’s boldly hammered page, the same words slunk—weak and pale, fuzzy and fake.” Back then, Gass rode his bike to work, and would keep the manuscript in his basket. Maybe it fell out? He retraced his route. His wife searched their home. It was gone, without a trace.

Or was it? Gass knew the culprit, although “I hadn’t a shred of evidence.” It was Edward Drogo Mork, a new professor in the English department, who had oily hair and wore starched shirts and shiny black shoes. “Solicitous as a salesman,” Gass wrote in his afterword to the 1997 re-issue of Omensetter’s Luck. Mork was “snooty” with everyone except for Gass. He hung around Gass “because he was a brain picker. Did I rather like being picked?”

Gass would pause the story here—he did like to open the curtain of a sentence and smirk. Edward Drogo Mork? Gass said that a man named Edward Drogo Mork stole a novel manuscript from his office. The name sounds like one crafted by Thomas Pynchon, or Gass himself. The pseudonym remained for years, until Gass began using the man’s real name during interviews: Edward Greenfield Schwartz.

Schwartz and Gass shared an affinity for Katherine Anne Porter. A young and ambitious scholar, Schwartz had compiled a bibliography of Porter’s writing. His request to write her biography, though, was rejected. In 1956 she told him “I think the blood pressure of your interest is not really high enough for a biography.” Her decision was firm: “you show almost no understanding of my character or temperament; and there is plainly to be seen though under the surface, your own determination to fit my life into your own idea of what it should be or you think it should be, instead of making an attempt to discover what it really was.”

Undaunted, Schwartz continued to write about Porter, even requesting an original essay from Gass for a proposed anthology about her fiction. Gass wrote the essay, which Schwartz sent to Porter—claiming it as his own original work. Porter sent back revisions, which Schwartz made, and then he proceeded to publish the essay in the summer 1960 issue of Southwest Review as “The Fictions of Memory.” Gass-like language abounds in phrases that litter the prose like clues: “dream, the dumb show of the unconscious”; “Death is fond of the language of enchantment: come away, follow me.”

“He went to class, and left his office door in room 202 of Purdue Hall unlocked. When he came back, the manuscript was gone, ‘disappeared like dew does on a warm morning.'”

The story gets stranger. Gass, worried that he was losing his mind, did not confront Schwartz. They had lunch together on campus, and Schwartz plied him with literary questions. One day he made Gass a shrimp dish: “Peeled and veined and cooked and sauced and thoroughly chilled, it was packed in a Tupperware pot.” Schwartz drank coffee while Gass dug in. He nearly vomited. “The shrimp tasted the way shoe polish smells.” Gass pushed away the meal, and Schwartz got quiet before leaving.

Schwartz didn’t return to Purdue the next year. He was the Smith-Mundt Visiting Professor at Universidad Central de Venezuela in Caracas during the 1959-1960 academic year. He published essays about Nathanael West, but vanished from the literary world. He died in 2005.

But what of the stolen manuscript? Schwartz turned it into a play. He titled it Cebe Hapwell’s Conversion, registered the copyright on August 18, 1958, and submitted the work to the Tulane Drama Review—where an editor recognized the story. By that time, Gass had begun publishing his fiction. The Winter 1958 issue of Accent was dedicated to his work, and an excerpt of Omensetter’s Luck appeared in a later edition. Tulane readers saw the similarities, and the ruse was finished.

Gass, for himself, had to move on. He mined rough drafts for inspiration, but found none. He started rewriting the story “as if in a series of trances,” that original text like a Yeatsian Spiritus Mundi. He struggled. He doubted himself. He wondered if it was a good thing that such a bad book had been erased before its birth.

Like so many writers—stolen manuscripts or not—he started over. It took years of work, but in 1966, the manuscript that had been stolen was published. Gass said the scene from the book that best captured his experience during revision is Jethro Furber’s wild, charged sermon. He steps to the pulpit, “excitement blazing from him,” and launches into his speech.

Then: “I ask you now to ask yourselves one simple foolish question—to say: was I born for this?—and I ask you please to face it honestly and answer yea if you can or nay if you must.”

Few writers were as devoted to words as William H. Gass—which makes the story of his stolen words all the more tantalizing. A stolen manuscript is a writer’s nightmare; the feeling that all of our struggles and dreams have been for naught. Gass might strike some as a cynical writer, but beneath that cynicism was the authentic sentiment of a writer who persevered. He made a temple of texts; that his own was taken seems terrible, or perhaps inevitable?

Gass said that question from the novel—“For this?”—always haunted him. It is the question all writers wonder: is all of this worth it?

He got his chance to answer that question. Someone stole his manuscript. He got mad, and wrote a better book. “Come on,” he wrote, in one of the last chapters of the resurrected story. “The snow’s stopped. It’s light. Let’s see what we can do to clear ourselves away.” 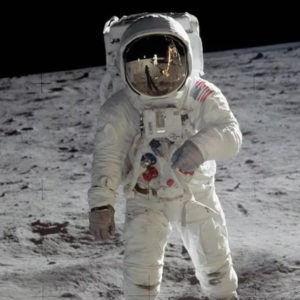 During his September II–I2 visit to the three NASA installations most involved in Project Apollo, there were suggestions...
© LitHub
Back to top