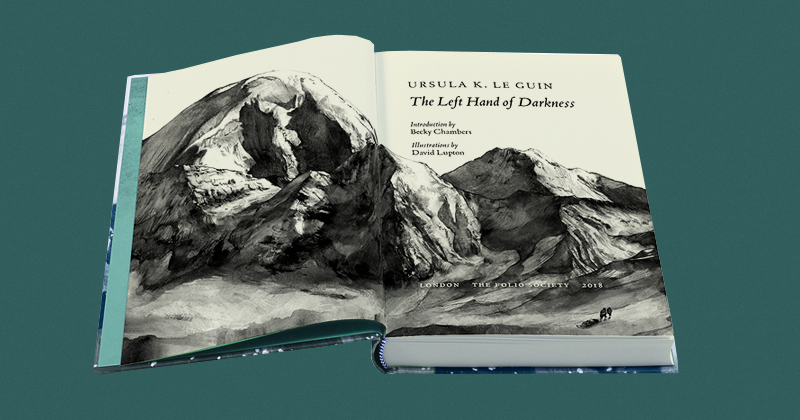 VIA The Folio Society

How The Left Hand of Darkness Changed Everything

Ursula K. Le Guin's Classic Has Always Been as Relevant as it is Right Now

At a convention a few months ago, I found myself in the bar, talking to a young woman who wanted to expand her reading list. She read a lot of fantasy, but had only dipped her toe into sci-fi. Where, she asked, should she start?

“Have you read Ursula K. Le Guin?” I asked. The young woman shook her head.

The table we sat at erupted in congenial chorus as our initiate scribbled the name into her notebook. We were varied genders and ages, our group, but consensus was unanimous: the newbie needed to read Le Guin.

“If you only read one thing of hers, read The Left Hand of Darkness,” I said. “I mean, everything of hers is worth your time. But The Left Hand is . . . ” I trailed off, unsure of how to sum up the ground on which I stood.

“It’s . . . ” one of my colleagues began, but she, too, had to stretch for words. “It’s so important. That book changed everything.”

It certainly did for me. I wasn’t around when the book made waves in 1969, but ripples remained in 2001, that most futuristic of years. I was in the thick of adolescence, and in a fit of who-cares-about-college rebellion, I’d abandoned Honors English. I was sick of morality tales about brooding men and tragic women, of five-paragraph essays and teachers who didn’t sympathize with my indignation toward how Odysseus treated Penelope. Instead, I enrolled in an elective course: Science Fiction and Fantasy. I walked in there, with my Star Wars notebook and my Star Trek sensibilities and my brain full of role-playing games, and I felt like I’d beat the system. Like I was getting cake for breakfast.

“This book changed me, in the sort of way that only books can do. It’s the catalyst that pushed me from being a fan of science fiction to wanting to write it myself.”

I knew, from my frequent excursions to the public library, that science fiction was the domain of beat-up paperbacks with lurid art and adventures to match. True, I’d read Carl Sagan’s Contact so many times I could flip to my favorite parts of the book by feel, but he was a scientist, a real scientist, so of course he wasn’t writing books with laser blasts and buxom damsels on the cover. Science fiction, I thought, was great fun, like popcorn at the movies was fun, like blowing off your homework was fun. Science fiction didn’t belong in Honors English, any more than I did.

I soon discovered that elective courses still meant book reports, and my teacher recommended me a title: The Left Hand of Darkness. I still have the copy I bought for class, acquired on a bookstore trip involving my parents’ car and my parents’ money. It’s sitting beside my keyboard now, dog-eared and scarred, full of acid green highlighter. The highlighter isn’t related to the book report. The highlighter came after, as I read the book again and again and again. I can’t say if I’d read any science fiction written by a woman before that point, but I’d certainly never read any science fiction like that. There were no lasers, no damsels, no chosen ones. There was war, yes, but a real war, a war not for the fate of the galaxy but for hatred and fear (things that rang true while living in America in late 2001). There was science, too, but it wasn’t the science of physics or technology. It was the science of culture. The science of bodies. These sciences were every bit as worthy, The Left Hand said, and writing fictions of them was powerful business.

This book changed me, in the sort of way that only books can do. It’s the catalyst that pushed me from being a fan of science fiction to wanting to write it myself. It’s the story that showed me that the science fiction I was already devouring had stuff to say, if I would just stop and listen. My entire life since—the books I’ve written, the convention bars I’ve sat in, the introduction I have the baffling privilege of writing now—was set in motion by the tale of Genly Ai and Estraven, crossing the Gobrin Ice. 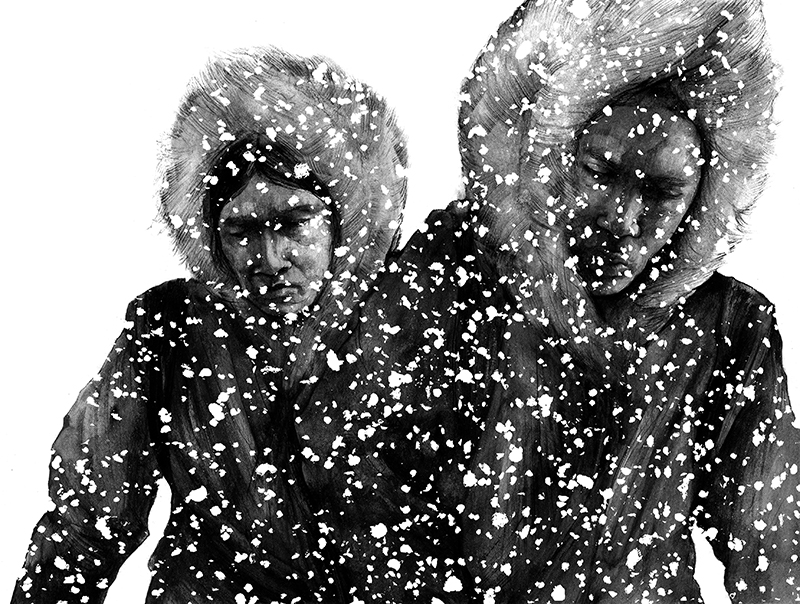 That anecdote is one of microscopic importance, and it doesn’t matter much unless we shift gears and scale up. My connection to The Left Hand of Darkness hardly exists in a vacuum. So many people I know have a First Time I Read This Book story. The reason I was not the only person at that table who could not find the words to explain The Left Hand is because its legacy is immeasurable. You can try to quantify it. You can point to the combo punch of a Hugo/Nebula win. You can point to the 30-plus reprints. You can point to the more than a million copies sold. But these are numbers, and if we wanted to explain things with numbers, we’d stick to real science. In the spirit of fiction, I can’t write about the macro-scale of this book without writing about the micro-. If I want to be academic, I have to get personal. The duality of that is fitting, almost too fitting for a book most famous for portraying a species who are two things at once.

Macro-scale: this depiction of androgyny was groundbreaking for its time, and arguably remains the most famous gender-bending in the genre to date.

Micro-scale: I longed to be Gethenian. As a closeted kid growing up Catholic in a conservative town, the idea that sex and gender had no default templates in nature was a life-saving epiphany. Imagine a society without sexual shame, without double standards, without rape. Imagine a world in which everyone has a monthly biological cycle that you get time off for, no questions asked. Imagine families in which you can be mother and father both. Now imagine the difficulty of being a person from our world, dropped into the middle of that and tasked with building a cultural bridge. Our narrator is the first to admit his shortcomings on that front: ‘My efforts took the form of self-consciously seeing a Gethenian first as a man, then as a woman, forcing him into those categories so irrelevant to his nature and so essential to my own.’ Or, in modern parlance: Genly knows he needs to unpack his biases. He spends the entire book trying to do just that. In turn, the book helped me to do the same.

Rereading Genly’s story amid the complex gender discussion taking place here in 2018 is a reflective experience, and if this is your first time visiting Gethen, and if you are of my generation or younger, you may not struggle as our Terran protagonist does. After all, you’re already familiar with ideas such as gender-fluidity and neutral pronouns. These concepts may apply to you yourself. But these had little visibility in 1969, and judging by my raven- ous highlighting of any passage that challenged the binary, they didn’t in 2001, either. Remember always, when reading this book, that we, like Genly, are time-jumping. Remember that the con- versation was different then. Remember that the conversation was altered by this book.

“As a closeted kid growing up Catholic in a conservative town, the idea that sex and gender had no default templates in nature was a life-saving epiphany.”

Now, to the other side of the equation, in which The Left Hand of Darkness is not a story about gender. In brief, the book you’re holding is about a representative of an interstellar community, who reaches out to a previously uncontacted world in hopes that they will accept his offer of membership. He finds himself stuck between convoluted bureaucracy and a mad king, warring nations who have no time for alien networking when there are village boundaries to dispute. Politics is the main sport here, and no act of kindness can be fully trusted. But opposed as the cultures of Gethen are, they wrestle with the same questions. Should they wage war, or pursue peace? Should they reach out across their borders, or build them higher? Do they wish to stand as independent nations, or as a unified planet?

As for our Envoy, he can offer little tangible incentive in his favor. Space is too vast for timely visitation or galactic commerce. His main offering is information, freely given, freely shared. He’s not there to set up a military base or a trading post. He suggests something far more revolutionary: an open exchange of knowledge. What he wants is for his people and theirs to formally agree to talk, to listen, and to learn. He wants them to help each other grow. But to achieve that end, he and his companion must literally drag their heavy burden through a wasteland, on foot, in the snow, sometimes uphill. They must do it together. They can only do it together. It is not what is easy. It is what is right.

What a profound thing to read today. 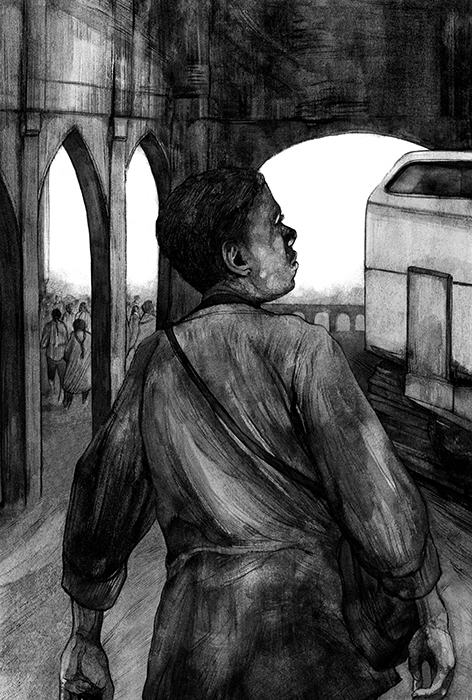 I’m tempted to say The Left Hand of Darkness has never been more relevant . . . but I would have said the same when I read the book 17 years ago. Had I read it when it was published, I likely would’ve said it was a story that belonged wholly to that time and no other. Perhaps it is enough to say that The Left Hand of Darkness is relevant, full stop. That’s what I see as Le Guin’s ultimate triumph with this book—not the impact it had on me, not the impact it had on the genre, not the exquisite prose that sings with every step. It is one thing to write a good story, or a great story. It is a whole other accomplishment, for an author of fiction, to write a true story.

I gather, from the introduction in the copy I have on hand, that that was her goal: “I am not predicting, or prescribing,” she writes. “I am describing.” And she succeeded. She succeeded, and you and I can read the end of that effort, and what a joy that is. It doesn’t matter that times have changed, or that language has changed. Everything about this book still shakes me to my core, the way it did in my youth, the way it did for so many others when it first hit the shelves. The way I hope it does for you. 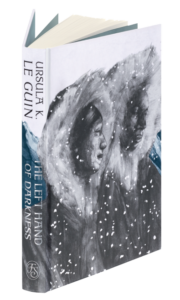 From The Folio Society’s edition of Ursula K. Le Guin’s The Left Hand of Darkness. Introduction copyright ©  2018 by Becky Chambers.

Becky Chambers is the author of the Wayfarers novels, which include The Long Way to a Small, Angry Planet (2015), A Closed and Common Orbit (2016) and Record of a Spaceborn Few (2018). Her books have been nominated for the Hugo Award, the Arthur C. Clarke Award, and the Baileys Women’s Prize for Fiction, among others. She also writes essays and short stories, and lives in northern California.

9 Novels in Which Houses Have a Life of Their Own 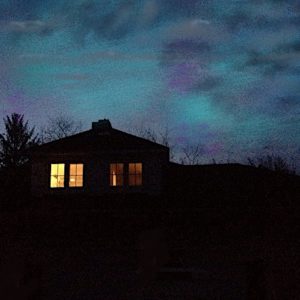 9 Novels in Which Houses Have a Life of Their Own

I’ve always felt that the structures we inhabit bear a great responsibility for who we become. For how we behave, and for how the outside...
© LitHub
Back to top
Loading Comments...