Lev Grossman on fantasy, Dungeons & Dragons, lost worlds, and the “strange narcotic power” of fictional maps • The psychiatrist who tried to save Sylvia Plath • “Mother is a political category, and it is also a symbolic category”: five writers on what it means to write about motherhood • The One Where Homophobia and Representation Coexisted: On Friends and the slow mainstreaming of gay life on TV • Not only does Edward Carey write the characters in his novel, he also renders them in wood, wax, graphite, and clay • RJ Young visits the dark heart of an American gun show to buy his very first gun • Veronica Scott Esposito on the catastrophic consequences of trans erasure • On the vulnerable private writings of Ernest Hemingway •Patrick Modiano on the night he (or someone like him) fled a Parisian crime scene • On Puerto Rican nationhood, after Hurricane María • When Byron, Shelley, Godwin, and Polidori created the first literary vampire and freaked themselves right out •  On science-fiction’s long-standing, so-far-unrequited love of Mars • Are you misusing these commonly confused words? Click here to find out how embarrassed you should be! • Joshua Rivkin on the painting that took Cy Twombly 22 years to finish • Continuing our books that defined the decade: the 10 books that defined the 1950s; the 1960s; Here’s the 1970s; the ’80s; and the 10 books that defined the ’90s

From J.G. Ballard’s The Drowned World to N. K. Jemisin’s Broken Earth Trilogy, 10 Cli-Fi Novels for the Dark Days Ahead • Marion Winik, the author of The Baltimore Book of the Dead, spoke to Jane Ciabattari about five books of the dead • This week in Secrets of the Book Critics: J. Howard Rosier on Heart of Darkness, Marcia Douglas, and The Last Samurai • Reviews of every collection on the T.S. Eliot Prize shortlist, one of the world’s most prestigious poetry awards • John Banville on Anthony Powell, Meg Wolitzer on Barbara Kingsolver, Tommy Orange on Nana Kwame Adjei-Brenyah, and more Book Reviews You Need to Read This Week • New titles from Nana Kwame Adjei-Brenyah, Daisy Johnson, Frederick Forsyth, and more in the Best Reviewed Books of the Week

8 great horror podcasts and their most chilling episodes • Erica Wright looks at 9 “investigators” who challenge and expand our ideas of what a crime fighter should be • We rounded up (almost) all of 2018’s new additions to the Sherlockian canon •  On fairy tales, horror, and what we’re getting out of all those serial killer novels • “Lawyers are confronted with big conflicts, and often great suffering, and these naturally lead to great stories.” An interview with John Grisham • Catriona McPherson looks at the many kinds of mothering we encounter in crime fiction • Jeff Abbott on the pain of losing his library to a house fire, how to go about rebuilding, and lessons for future preservation • “Nobody wrote scoundrels the way Ross Thomas could.” Neil Nyren breaks down the life and work of a master • A second novel should be just as celebrated as a first.Rounding up the rising stars of mystery in our list of fall’s best sophomore crime • “This was Chicago. All of it.” Julie Hyzy on the joys and necessities of writing about Chicago after a lifetime living there • Emma Viskic looks at a new trend in Australian crime fiction: crime in a small-town setting • Young adult novelist Amy Giles on why we shouldn’t shy away from hard discussions in teen fiction, and how fiction can help process the trauma of school shootings • From ex-sanguination to ghost-related mortgage fraud, Robert Masellorecommends six classics with supernatural crimes at their center • The art of the inglourious demise: Cecilia Ruiz takes us through four untimely deaths caused by inanimate objects, from murder by cactus to death by coffin collapse • “I think we look to discover things about ourselves, or even change them, through other people’s stories.” Sarah Meuleman talks mysteries, biographies, and vanishing authors 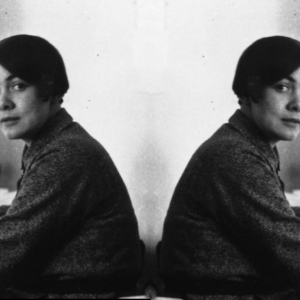 “Maybe it takes a lifetime to make a single work of art.” Joshua Rivkin on the painting that took Cy Twombly 22 years...
© LitHub
Back to top