TODAY: In 1905, Edith Wharton’s The House of Mirth is published.

Delving into the little-known friendships of iconic women writers · Rebecca Solnit on Harvey Weinsten and other things that are apparently not men’s fault · Looking at the horribly cruel marginalia in an 1816 edition of Emma · Ottessa Moshfegh on insanity, mistaken identity, and Shirley Jackson’s Dark Tales · A bookseller of 20 years reflects on her favorite books to sell · A selection of Virginia Woolf’s most savage insults · Chris Jackson on something that doesn’t exist, diversity in publishing (and how it can) · Flâneur, lemonade, and 135 other words that belong to specific artists · We have to demystify code: An interview with Ellen Ullman · The call is coming from inside the country estate: The hidden horror of Jane Austen
Book Marks:
On We Were Eight Years in Power, Ta-Nehisi Coates’ “modern book of lamentations” · On the 50th anniversary of his death, a look back at John Lee Anderson’s biography of Che Guevara · “No longer is book criticism a bunch of white men reading books by white men”: Speaking with NBCC President Kate Tuttle · Clear sigh in the dark of the imagination: a 1999 review of Annie Proulx’s Close Range · Naomi Alderman’s Baileys Prize-winning The Power may be “our era’s Handmaid’s Tale” · “Is it about a bicycle?”: Anthony Burgess on Flann O’Brien’s The Third Policeman · A heaven populated with horrors: A 1987 review of Alan Moore and Dave Gibbons’ Watchmen · Teenage dragons, electrified women, Ulysses S. Grant, and more: the best-reviewed books of the week
Lit Hub Daily
Share: 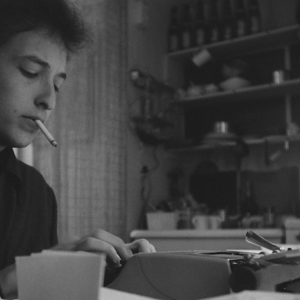 The call is coming from inside the country estate: the hidden horror inside Jane Austen's novels of love. | Literary...
© LitHub
Back to top