A Selection of Virginia Woolf’s Most Savage Insults

Tomorrow is the 55th anniversary of the premiere of Who’s Afraid of Virginia Woolf?. But instead of doing the usual content about Edward Albee, I thought I’d serve up a different (extremely cold) take: a brief and incomplete selection of moments that remind us how certain people really should have been afraid of Virginia Woolf, because she was full of epic—and sometimes kind of horrible and classist—insults. Writers, of course, make the worst enemies. Other than insane dictators with long-range missiles, I guess, so whoops on that, America. Oh well, at least we can make ourselves feel a little bit better by reading all of the very mean things Woolf wrote in her diary about other people. You don’t even have to feel guilty for gossiping, because everyone in question is dead. Onward, street-walking civet cats:

“Pale, marmoreal [T.S.] Eliot was there last week, like a chapped office boy on a high stool, with a cold in his head, until he warms a little, which he did.” From a diary entry, February 16, 1921

On Freud: “A screwed up shrunk very old man: with a monkey’s light eyes, paralysed spasmodic movements, inarticulate: but alert.” From a diary entry, January 29, 1939

“I am reading Point Counter Point [by Aldous Huxley]. Not a good novel. All raw, uncooked, protesting.” From a diary entry, January 23rd, 1935

“I have read 200 pages [of Ulysses] so far—not a third; and have been amused, stimulated, charmed, interested, by the first 2 or 3 chapters—to the end of the cemetery scene; and then puzzled, bored, irritated and disillusioned by a queasy undergraduate scratching his pimples. And Tom, great Tom, thinks this is on par with War and Peace! An illiterate, underbred book it seems to me; the book of a self taught working man, and we all know how distressing they are, how egotistic, insistent, raw, striking, and ultimately nauseating. When one can have the cooked flesh, why have the raw? But I think if you are anaemic, as Tom is, there is a glory in blood. Being fairly normal myself I am soon ready for the classics again.” From a diary entry, August 16th, 1922

Yesterday the Granta said I was now defunct. Orlando, Waves, Flush represent the death of a potentially great writer. This is only a rain drop, I mean the snub some little pimpled undergraduate likes to administer, just as he would put a frog in one’s bed: but then there’s all the letters and the request for pictures—so many that, foolishly perhaps, I wrote a sarcastic letter to the N.S.—thus procuring more rain drops.” From a diary entry, October 29th

“Hope (Mirrlees) has been for the weekend—over-dressed, over elaborate, scented, extravagant, yet with thick nose, thick ankles; a little unrefined, I mean.” From a diary entry, November 23, 1920

“[F]ate has not been kind to [Elizabeth Barrett] Browning as a writer. Nobody reads her, nobody discusses her, nobody troubles to put her in her place.” From “Aurora Leigh” in The Common Reader

On E.M. Forster: “[His mother is slowly dispatching him, I think—He is limp and damp and milder than the breath of a cow.” From a May 1926 letter to Vanessa Bell

On Katherine Mansfield: “I shall have to accept the fact, I’m afraid, that her mind is a very thin soil, laid an inch or two deep upon very barren rock. For Bliss is long enough to give her a chance of going deeper. Instead she is content with superficial smartness; and the whole conception is poor, cheap, not the vision, however imperfect, of an interesting mind. She writes badly too.” From a diary entry, August 7, 1918

“We could both wish that one’s first impression of [Katherine Mansfield] was not that she stinks like a—well civet cat that had taken to street walking. In truth I’m a little shocked by her commonness at first sight; lines so hard & cheap.” From a diary entry, 1917

Another version of the civet insult: “A more despicable set of creatures I never saw. They come in furred like seals & scented like civets, condescend to pull a few novels about on the counter, & then demand languidly whether there is anything amusing.” From a diary entry, January 13, 1917

“What a vision of loneliness and riot the thought of Margaret Cavendish brings to mind! as if some giant cucumber had spread itself all over the roses and carnations in the garden and choked them to death.” From A Room of One’s Own 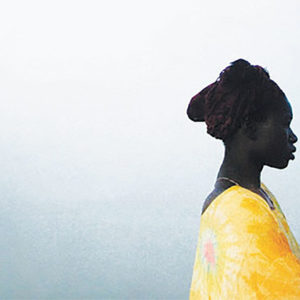 I didn't plan on becoming obsessed with Africa. But ever since taking a ten-month internship at a newspaper in Uganda after...
© LitHub
Back to top