The Hidden Horror Inside Jane Austen’s Novels of Love

The Call is Coming From Inside the Country Estate

There’s an urban legend that stalks English Departments about Charlotte Brönte denouncing Jane Austen. “Jane Austen paints a very fine garden,” she is reported to have said. “Step out the gate and we’ll show you the world.”

Not an entirely true story, it’s based on comments Brönte made in a letter to literary critic G.H. Lewes. They’re still unkind but perhaps not so grandiose. She writes of Austen’s “carefully fenced, highly cultivated garden” as opposed to the “open country . . . fresh air” Bronte herself longs for. All the same, for critics of Austen, her censure seems to contain some nugget of truth. Austen’s fame and establishment success has not stopped her from being seen by many as a mannered writer, a conservative writer, someone interested in drawing rooms and social faux pas. Bad things happen in Austen’s novels, and threats are very real—Lydia teetering on the brink of ruin, Marianne heedless of her dwindling reputation—but they are not, on the surface, dark. Austen’s deft humor, her incisive dialogue that allows us to laugh at everyone, and, above all, her abiding love of happy endings, have kept us from ever having to worry about the world beyond the gate.

But does that mean there is nothing to fear in Austen’s highly cultivated garden, her quietly luxurious country estate? I wonder about the rooms in that house and all that’s concealed behind their closed doors, the shadows that Austen’s characters cast. In the charming, uncomplicated happiness of Emma, in the beloved freshness of Pride and Prejudice, a subterranean unease flickers in and out of existence.

Deep in the heart of Austen’s optimistic social critiques there lies a chilling centre of fear, one that preempts modern horror genres and tropes. There’s no need to step outside the gate; the call is coming from inside the house.

Reports that there will be a new adaptation of Pride and Prejudice recently provoked groans and gentle mockery easily summed up as: another one? But the producers of the new series, known from their work on BBC’s Poldark, a brooding drama about a British soldier returning home from the American Revolutionary War, have announced that this will be a “darker” adaptation, one that aims to bring out Austen’s “dark intelligence—sparkling, yes, but sparkling like granite.”

And there’s much in Pride and Prejudice to bring out. For me, it’s always been a novel about money and power as much as it is about love; perhaps more aptly, Pride and Prejudice is a novel about desire. It’s no coincidence that the term Mr. Darcy most uses about Elizabeth Bennett is not “love” but “danger”; there is a sense of fear here, of the consequences that desire, especially improper desire, can wreak—and does wreak, when Lydia and Mr. Wickham elope.

It is also no coincidence that Pride and Prejudice, with its handy addition of and Zombies, started the craze for updating classics with more explicit horror agendas. Speaking to the New York Times in 2009, Professor Brad Pasanek said, “The characters . . . are so often surrounded by people who aren’t fully human, like machines that keep repeating the same things over and over again. All those characters shuffling in and out of scenes, always frustrating the protagonists. It’s a crowded but eerie landscape. What’s wrong with those people? They don’t dance well but move in jerky fits. Oh, they are headed this way!” It’s fun to imagine Elizabeth Bennett fighting zombies, but like Pasanek, I don’t think we need to look to updated versions to find the threads of horror in Austen’s work.

There is another kind of monster hiding in the cheery, almost frivolous, Clueless-inspiring Emma, the story of an eligible young woman who delights in matchmaking others while she remains at home with her dependent father. This father, Mr. Woodhouse, is treated by his daughter and the other characters as though he were an adorable nervous wreck, one who must be coddled and looked after, treated with respect and unquestioning love. It’s easy to follow the characters’ lead of affection and gentle comedy, but if you allow yourself to be jarred out of this complicity, Mr. Woodhouse becomes suddenly grotesque.

In a thousand moments throughout the novel, Mr. Woodhouse builds up his oppressive, claustrophobic presence, trapping Emma, then Mr. Knightley, and eventually the reader inside his closely monitored home. “It is tenderness of heart which makes my dear father so generally beloved,” Emma reflects, but Mr. Woodhouse feels like nothing so much as a paternal non-sexual version of a honey trap. Lacking any supernatural characteristics, there is something nevertheless vampiric about Mr. Woodhouse, who is “fond of every body that he was used to, and hate[s] to part with them.” He has a cloying, parasitic need to keep people close. He is the ugly thing in the corner, sucking up everyone’s life force just to keep himself warm.

“Here is a villain who will always get his way, the novel suggests, because no one is willing to recognize him as a villain.”

Over the course of the novel, Mr. Woodhouse frets about: weddings, marriage, food, windows left open, rain, snow, drafts, damp, children, horses, coachmen, carriages, inns, too many visitors, too few visitors, walking too much, not walking enough. This is only a partial list. What begins as an amusing quirk becomes stifling; Mr. Woodhouse will not let his guests eat their fill, desperately wishes to force gruel upon everyone as a meal of choice, and even when Emma, leaving her father alone with guests, provides “a plentiful dinner . . . she wished she could know that they had been allowed to eat it.” His need for love and attention are all-consuming, but he starves himself and his guests. By the end of a recent reread, I could only hiss, “I hate you,” whenever he appeared, as revolted as though I’d come across something rotting.

Worst of all, there is no escaping Mr. Woodhouse: the only way for Emma and Mr. Knightley to have their happy ending is to agree to live together with him in Hartfield. It’s hard to imagine the steadfast, quietly confident Mr. Knightley bowing under Mr. Woodhouse’s thumb; but Mr. Woodhouse already has cheerful, willful Emma completely bound to him. Here is a villain who will always get his way, the novel suggests, because no one is willing to recognize him as a villain.

Fanny Price, the frequently disparaged heroine of Mansfield Park, seems in contrast surrounded by villains on all sides. Raised scornfully as the poor relative of a rich family, belittled and abused, Fanny eventually triumphs by sheer accident, as characters around her slowly come to realise the value of her meekness and her quiet Christian goodness. She is a difficult character to love; not as clever as Elizabeth Bennett, not as fun as Emma. For a long time I read Fanny as an exercise in patience, a testimony to steadfastness. But Austen has already written a character who is quiet and patient and good and still beloved: Sense and Sensibility’s Elinor Dashwood, who is passive but firm, decorous but sure of her own heart. As far as I’m aware, there are no great anti-Elinor campaigns. But readers hate Fanny: her submission, her passivity. For years, I excused her, despite the unsettling feeling that descended upon me every time I reread the novel. But actually—why do we hate Fanny Price? What’s wrong with her?

“Jane Austen’s horror is one of unsettling ambiguity and sustained discomfort.”

Mansfield Park is a darker, more worrying novel than the rest of Austen’s oeuvre—critic Pam Perkins described it as Austen’s “ugly duckling.” It could quite easily be read as a Gothic novel; an innocent heroine, surrounded on all sides by powerful markers of the patriarchy with dangerous social forces bent on her. But Austen is not particularly interested in the Gothic. Northanger Abbey, her affectionate satire, shows that she is too amused in the structures and tropes of the genre to take it very seriously. In Austen’s reading, Gothic fiction’s menacing rooms and villains are too melodramatic to be very frightening.

When Austen herself sets out to be frightening, she does so in a very different manner. Her horror is one of unsettling ambiguity and sustained discomfort, as with Mr. Woodhouse, who is not so very evil until his horror is repeated to the point of becoming unbearable. More than any other 18th century novelist, Austen had an eye for microaggressions: her novels track anxieties that flare up again and again, until a tickling annoyance becomes repugnance and then, ultimately, fear.

And Fanny Price’s meekness has its own chilling core. Surrounded by structures of patriarchal violence and power, Fanny Price manages to win without exerting herself, without making any effort to change anyone’s mind. She wins through suffering; through bearing the cold rules and abusive systems of the game the Bertrams play. She allows them to treat her terribly until she has been tested enough to be worthy of Edmund. She submits totally, playing the game according to their rules. But that doesn’t mean she’s not playing.

What’s worse is that Fanny is offered the opportunity to get out. Henry Crawford is one of Austen’s more ambiguous men, lacking the forthright honest heart of Austen’s heroes but not so deliberately cruel a rake as Wickham. But when he pursues Fanny, offering her a taste of the outside world intruding, she banishes him. Her happy ending—as expressed through her marriage with Edmund Bertram—lies in embracing the very power structures that have imprisoned her.

Maria Bertram, strolling in what should be a pleasure garden, acknowledges how trapped she is: “Yes, certainly, the sun shines and the park looks very cheerful. But unluckily that iron gate, that ha-ha, give me a feeling of restraint and hardship. ‘I cannot get out,’ as the starling said . . . Mr. Rushworth is so long fetching this key!”

I cannot get out. But Fanny Price does not want to get out. When the gates of the novel close, she is behind them, and so are we.

Mikaella Clements is an Australian writer currently based in Berlin. She has been published in BuzzFeed, The Lifted Brow, Catapult, and Overland Literary Journal, among others. You can find her on twitter @mikclements. 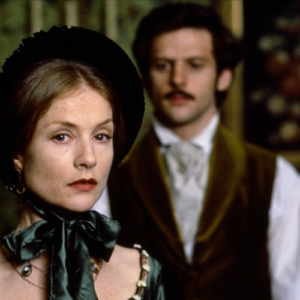 Sometimes I can feel my bones straining under the weight of all the lives I’m not living. –Jonathan Safran Foer,...
© LitHub
Back to top