TODAY: In 1925, journalist Shana Alexander, who was the first woman staff writer and columnist for Life magazine, is born.

October picks: the 21 books Lit Hub contributors are looking forward to reading in this, the spookiest month • From All About Eve to Secretary, 31 movies based on short stories • “Reading for this year’s anthology was as much a political act, and a way of taking a stand, as my writing.” Roxane Gay on what makes a story political in 2018 • Ann Patchett on Sandra Boynton • Two poems by Ursula Le Guin • In which we learn that Charles Dickens had three ravens, but only one raven-name idea • 23 women horror writers who are (almost) scarier than the patriarchy • Did the creator of The Twilight Zone plagiarize Ray Bradbury, or are time-warping carousels more common than previously assumed? • Nicole R. Fleetwood on raising a black son not to be afraid• On the literary heroes of teen Benjamin Franklin, from Socrates to The Spectator • Autonomous everything: from surgical robots to computerized weapons, algorithms are taking over our world • Nicole Im on suicidal sharks and self-harm • Alice Walker talks history, weeping while writing, and the pleasures of spontaneous song • Mary Gabriel on how Lee Krasner made Jackson Pollock a star • Matthew Daddona talks to Diane Williams, beloved writer’s writer, and master of the (very) short story • Leif Enger on the equalizing power of the kite (and why he never leaves home without one) • Introducing The Avid Reader, essential reading advice from our favorite writers. Up first, Helen Simpson on the pleasures of Chekhov’s story, “Oysters” • “He came from dykes and to dykes he shall return…” Mikaella Clements on the queerness of Ernest Hemingway • For Fiction/Non/Fiction, Elizabeth McCracken, Tony Tulathimutte, Hadara Bar-Nadav, and Kathryn Nuernberger weigh in on MFA vs. pretty much everything • Michael Crichton is taller than some dinosaurs. And other surprises from this ranking of famous writers’ heights • Heather Havrilesky is fed up with American gurus • On the heartbreaking pain of falling in love with books you just can’t have • Remembering Inge Feltrinelli, a publishing legend• David Ulin on the recently rediscovered Neal Cassady letter that inspired On the Road

Award-winning poet and Cave Canem Executive Director Nicole Sealey on why she read a poetry book every day for a month • On Sunset author Kathryn Harrison on her five favorite Los Angeles memoirs • This week in Secrets of the Book Critics: NYLON Executive Editor Kristin Iversen on The Lover and the amorphous boundaries of the literary world • Wicked wizards, sinister spouses, vicious Victorians, and more villains and monsters from PBS’ The Great American Read • Dan Chiasson on Max Ritvo’s final poems, Katie Kitamura on Olivia Laing’s Acker experiment, Stormy Daniels’ Trojan horse, and more Reviews You Need to Read This Week • New titles from Leif Enger, Andre Dubus III, Hampton Sides, and Jodi Picoult all feature among the Best Reviewed Books of the Week

9 new crime novels to read this October • The 15 women crime writers—from Christie to Sayers—whose work has been brought to the big screen more than any others • “Tey opened up the possibility of unconventional secrets.” Val McDermid on the mysteries of Josephine Tey, the dream of one last novel, and a collection from The Folio Society • The Birth of American Detective Fiction: Leslie S. Klinger on the unlikely crime solvers who launched a phenomenon and made way for the noir movement • Rebecca Romney visits an immaculate recreation of 221B Baker Street in Pennsylvania and considers the enduring charms of Sherlock culture •  S.L. Huang on why we need more problematic women in crime fiction Ben Macintyre on Oleg Gordievsky, the greatest spy you’ve never heard of, and how he prevented a devastating nuclear war • “Karen Berger on publishing Anthony Bourdain’s final novel, and Bourdain’s lifelong passion for dark comics, “the bastard child of publishing” • From The Beekeeper’s Apprentice to Elementary, Sherry Thomas rounds up her favorite Sherlockian pastiches  • Crime novels make the best travel guides: Peter Gadol rounds up 7 books that take the reader on a journey and show “the city from another, often troubling perspective” • “Why is it then that a lot of crime fiction avoids the borough like the plague?” Angel Luis Colón looks at why there aren’t more crime novels set in the Bronx • Peter Stone rounds up 12 of the best thrillers featuring political scandals, from rigged elections to rogue submarines • Read an exclusive excerpt from Mary Roberts Rinehart’s The Red Lamp, the first in the American Mystery Classics series • Laurie Loewenstein on the mom-and-pop jails that once scattered across America, and the strange intimacies these setups created • Nic Joseph examines the iconography of the ordinary in crime fiction, from country houses to rideshares • “That’s the problem with novels as instruments of progress. You can only show the truth that readers want to see.” Leo Benedictus on the history of addictive novels, and what makes a story dangerous

There's More to the Story of LBJ's Contemplation of Nuking Vietnam 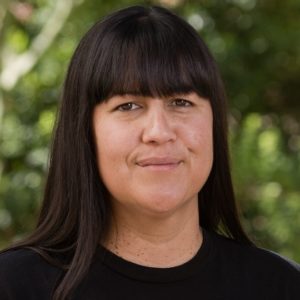 Native Americans make up less than one percent of the population of America. 0.8 percent of 100 percent. O, mine efficient...
© LitHub
Back to top