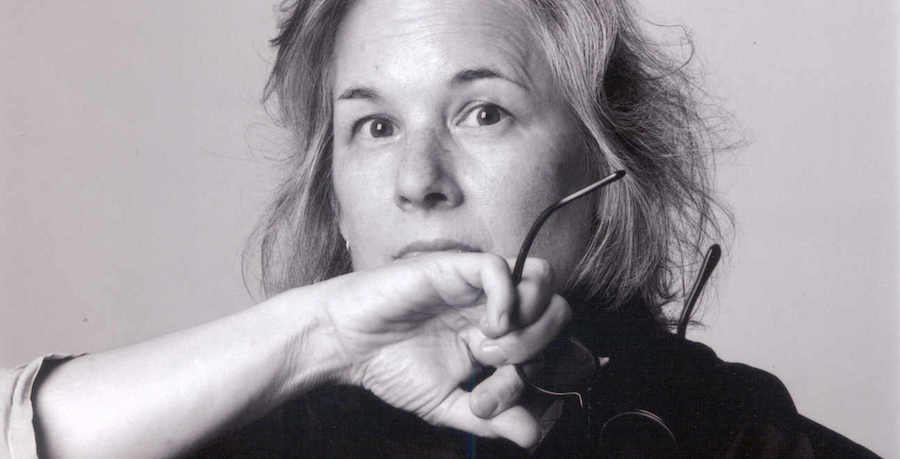 Diane Williams: When a Master of the Short Short Goes Long

A cursory Internet search of the writer Diane Williams will produce scattershot results: interviews with her—many of them artful and informative, including excellent ones by Annie DeWitt and Alec Niedenthal—as well as theoretical reviews hailing her underappreciated genius and, perhaps my favorite discovery, a pithy guide to “how to read” her 2012 novella Vicky Swanky Is a Beauty. In this guide, aptly subtitled “A Baffled Person’s Guide to Diane Williams,” the author writes, “You might try thinking of each story as the x-ray of a story. The contours of an experience, a few salient features, a hidden dagger: these are revealed, and the rest of the story is left to our imaginations.” The critical approach to Williams’ work has run the gamut from cautionary praise to boundless awe, but nowhere is dialogue so diffuse as the kind found online, its very format both emboldening the Diane Williams mystique and bringing us closer to a deeper understanding of her career.

Whatever abstraction there has been in the past—more on that below—is laid to rest with the publication of her Collected Stories (Soho Press), a colossal book that brings together her previous seven volumes of fiction as well as a new batch of stories. For a longtime fan of Williams’ writing, this is an essential collection; for a casual or newer reader, it is an overwhelming oeuvre that spans from 1990 to now and contains hundreds of stories and several novellas.

Williams’ modus operandi has always been short-short fiction—or flash fiction or even micro fiction as it’s sometimes referred to—which may explain her great output since her first book, the prescient-sounding This is About the Body, the Mind, the Soul, the World, Time, and Fate. How facile it is, though, to chalk up output to the form in which one’s writing because—and here’s the thing about abstraction—Williams’ stories contain as many concrete details as they do archetypal descriptions. In the early story “The Kind You Know Forever,” a brother-sister incest tale crammed with special detail, the narrator takes a beat to describe a gift given to her by the sister of the inseparable brother-sister pair: “a cotton jewel pouch in a bright shade of pink, made in India, which snapped shut,” before abruptly revealing, “I left the party with the sister-fucker. It was logical.” And just like that, the archetype is gloriously refreshed.

“I’d love for all my stories to be crammed with objects and direct speech,” Williams writes to me over email. “I aim for this, not always successfully. I believe it’s quite taxing for abstractions to find a way to stick to the ribs of the mind.” Where do the two twine? If, as fellow abstractionist and longtime champion of Williams’ writing Ben Marcus writes in his introduction, “[Her] unusual literary method reveals the thin rigging of most narrative, and then deploys that rigging to make spectacular shapes,” Williams favors the creation of heptagrams to squares.

One finds pleasure in these odd shapes, in how their paradoxes often lead to crossroads of plot and language, such as in two adjacent stories in Vicky Swanky Is a Beauty (2012). In “The Use of Fetishes,” a woman’s admission that “I was a very successful person” evolves into a third-person description of the woman being “not entirely busy with her work.” In “Woman in Rose Dress,” the line “Her fervor and youth irritate her for they provide a sort of permanent entry into a shop,” leads us, maybe, into that very shop (we’re never explicitly told where we are), in which the woman discusses a bouquet of broccoli rabe (note the wonderful use of “bouquet”). “Oh how awful it is,” Williams writes next, an assertion not attributed to that woman or any other character in particular.

“Debate was rampant in the household I grew up in. No assertion went unchallenged. It was nearly an obligation to say, ‘No, I don’t think so,’ and to defend why.”

To address the occasionally paralyzing yet blissful confusion that consumes Williams’ style one might look for clues like tracks in snow. Romance Erector (2001), Williams’ fourth collection, provides a comfortable pit stop, a swap meet of linguistic possibility and authority—often feminist—that looms large over her vast body of work. In the story “The Source of Authority,” the nameless narrator states, “It feels so unsexual to complain, but when the weather is bad I go walking. I wander about, but I go to the lake because I believe the lake is better than I am and I want to be in good company.” The similarities here to Knots (1970), an experimental poetry collection by the Scottish psychoanalyst R.D. Laing in which the “Jack and Jill” rhyme is treated as a recursive language game, are persistent; but to proclaim that Williams’ fiction is a type of deceptive verse-in-fictional clothing misses the incisiveness that festoons her characters’ motivations. “I am trying to be independent. Is that wrong?” the narrator asks at the end of the story, though it’s not so much an open question as it is a self-affirmation, a mantra.

Elsewhere in the collection, characters quite literally become the author, which is to say that the narrators’ names are revealed to be Diane or, even more directly, Diane Williams, whereby author and character have assumed the same rightful task of ownership over the piece. In the all-too-ironic “To Revive a Person Is No Slight Thing” from the perfect collection Fine, Fine, Fine, Fine, Fine (2016), the character Diane tells her husband, “I am trying to think of you in a new way. I’m not sure what—how that is.” This, of course, comes after Diane describes her husband as “Unbudgeable—but finally springing into massive brightness—is how I prefer to think of him.” What has changed? we may ask ourselves, but the answer is clear: everything.

“I have never directly thought about the rhythm of these contradictions within a story and how this patterning creates forward momentum, sometimes toward surprising outcomes and insights,” Williams writes to me. “But now that I’ve said that, I see the need to contradict myself and note that this tactic is so deeply ingrained that I am not sufficiently aware of it. Debate was rampant in the household I grew up in. No assertion went unchallenged. It was nearly an obligation to say, ‘No, I don’t think so,’ and to defend why.”

At 72 years old, and despite years of being an integral part of an alternative literary scene, including the founding and publishing of the famed annual literary journal NOON, Williams need not be modest about her literary techniques. However, perhaps in typical Diane Williams-contradiction, The Collected Stories was her idea, and it is only fitting that an exhibitor of miniaturist form has brought out one of the longest story collections in some time. “I was the one who wanted [it] to come about and it took several years for this project to become a reality,” she writes. “My reaction when Soho decided to publish the book was, of course, celebration. [Executive Editor] Mark Doten was keen to create a big book, to publish as many of the stories that we could acquire permission for, and Soho was quite convincingly excited about the value of these stories and planned to designate the book as their lead-title.”

The publication of an author’s collected works is certainly nothing new, though it is more rare than we might think. It is not a “best of” compilation, a quick marketing tool by publishers, such as what record companies have been doing for millennia (one should look to the 90s and early 2000s to see how these companies were doing this in spades, poorly and tackily I might add). It is, however, a once-in-a-generation event, a cause and effect of authorial significance, and ultimately an opportunity to welcome a new readership. The 2015 publication of Joy Williams’ The Visiting Privilege: New and Collected Stories—no relation to Diane Williams, though animals are featured heavily in both their works—brought a surge of publicity to the stories and created a career-long patchwork for critics to interpret (“The only problem with The Visiting Privilege is attempting to review it adequately: there are too many good stories,” Eileen Battersby of The Irish Times wrote in her review). While certainly true here, the more hidden implication is that reviewers must also attempt to find patterns across their occupancies, to view The Collected Stories as belonging to the same alt-universe. “Here is what I am trying to relay to myself,” Williams writes of the need for her writing to communicate a message to readers. “Wake up! Please don’t fall asleep! Pay attention! Think! There’s got to be more to this.”

If it is in our nature to assign symbols to a breadth of work—to trace their elongated comet tails—it is also our inherent need to define something by proxy of its relationship to an artist’s overall career. In that sense, does The Collected Stories symbolize an ending? Or is it the beginning of yet another great thing? Judging the newest stories on their own, which are as wry, humorous, and commanding as they’ve ever been, Williams has miles of stories left to tell. It would be a lie, though, to say the new stories’ structures don’t feel slightly more conventional, patient. They have a habit of looking back, even when set in the present. In one, “Happy Presence, Timeless Inspiration,” which takes the close-third perspective of a husband who yearns for his wife’s smile, Williams writes, “Surely there is something good enough here, or possibly classic.” Yes, yes there is.

Matthew Daddona is a writer and editor based in New York. His most recent writings have appeared in Fast Company, Outside, Guernica, and Tin House.

Raising a Black Boy Not to Be Afraid

Roxane Gay: What Does a Political Story Look like in 2018? 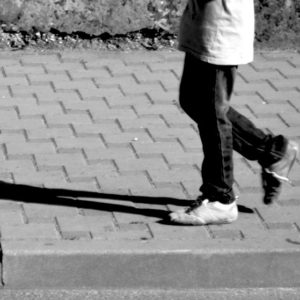 Raising a Black Boy Not to Be Afraid

One evening last spring, my son packed his backpack for school the next day and sighed. “Mom, it's weird walking around...
© LitHub
Back to top