The incredible joy of putting into words: James Salter on why he wrote · 20 other Notable Books that were not on the New York Times‘ year-end list · Beyond lyric shame: Ben Lerner on the prose poetry of Claudia Rankine and Maggie Nelson · An excerpt from Charlotte Saloman’s virtuoso graphic novel, painted while in hiding from the Nazis · Claire Vaye Watkins on childhood, addiction, and the search for home· On Myriam Gurba. Jade Sharma, and the new bad girls of contemporary literature · Aisha Sabatini Sloan on the dangers of writing for a white audience in an MFA · On the long history of writers claiming links between melancholy and creativity·Hannah Lillith Assadi on growing up in a phantom-filled desert · How writing about alcohol brought Hope Ewing back from the brink of addiction

Shilts does not canonize or martyrize the Mayor of Castro Street: A 1982 review of Randy Shilts’ biography of Harvey Milk’s · A geek’s delight, seasoned with the historical skulduggery and theological debate: On Bible Nation · Jasanoff does not forgive Conrad his blindness: Ngũgĩ wa Thiong’o on Joseph Conrad and Maya Jasanoff’s The Dawn Watch · Unquiet adulthood: a 1960 review of John Updike’s Rabbit, Run · Joyce Carol Oates talks Muhammad Ali and Jonathan Eig’s new “sympathetic yet unsparing” biography · Spellbinding or silly?: two takes on James Salter’s Light Years · False to morality: a scathing 1890 review of The Picture of Dorian Gray · Joe Biden, Vladimir Lenin, Julia Child, and more: the best-reviewed books of the week

A Fleeting Resource: In Praise of the Deep Cold 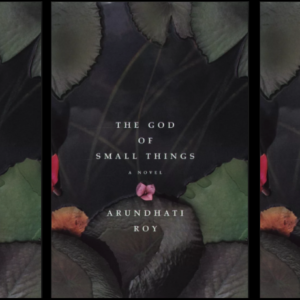 As the end times near, have we arrived at the grieving stage for planet earth? Sue Sinclair on climate change and entering...
© LitHub
Back to top