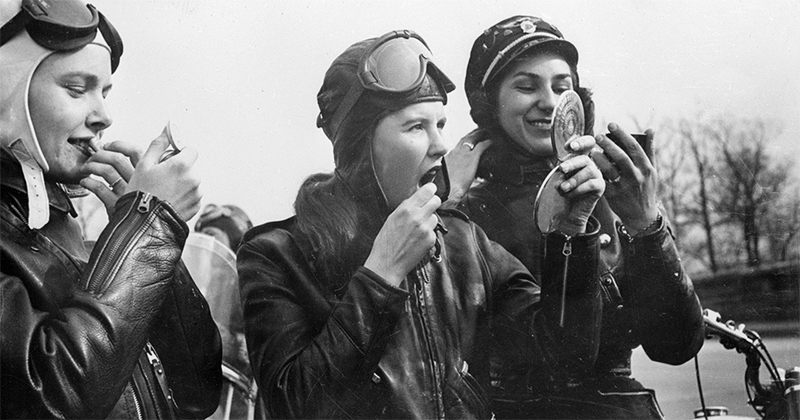 How Myriam Gurba is Refreshing a Punk Confessional Tradition

We love to categorize people and their behavior, referring to them in terms of “good” and “bad,” “likeable” and “unlikeable.” Often these categories help us to a space of a rudimentary understanding of the world, but they won’t provide much clarity. Who gets away with being “unlikeable” and who is punished for it is related to power. When women are angry, when women voice emotion or frustration, when women are radically honest, when women own up to our own faults, we are punished by being categorized as “bad”—and not in the good way.

Despite this, in recent literary history, women telling their own stories has started to be taken seriously. There is a whole host of women writers who’ve melded the genres of memoir, essay, fiction, and poetry, to form a new literary tradition encompassing the radical honesty, or what is sometimes called confessionalism, of women. There’s Kathy Acker, Cookie Mueller, Dodie Bellamy, Kate Zambreno, and many other names. Their experimental, confessional, punk approach to women’s writing continues to this day, with one important development: New voices representing a vital departure from the whiteness of the cool-girl literary canon are finding a home alongside these forerunners.

Myriam Gurba is one of these voices, and her book Mean is an exercise in this radical tradition. She’s also dangerously funny. Another thing women are not supposed to be. Another is Jade Sharma, whose debut novel Problems is published alongside Mean by Emily Books. The two books share a tone despite Problems being a novel; as with all of these books, this genre distinction feels a lot less important than what happens inside their pages.

These works don’t follow a traditional narrative structures much like life doesn’t. In Sharma’s Problems, thoughts take precedence over action. The narration is inside our heroine (and heroin-abuser) Maya’s head, the perfect setting for a story of a neurotic, emotionally avoidant addict with a tendency to over-analyze. Zambreno’s aptly named Book of Mutter is indeed a collection of “mutterings” or reflections, collected into sections. It is an exploration of Zambreno’s grief over her mother’s death, and as grief has no logic, no beginning middle and end, this form suits her subject perfectly.

Gurba’s Mean also unfolds in short bursts of memory, usually hilariously titled to convey their themes; “The Post-traumatic Bitch and the Sea,” “The Unbearable Whiteness of Certain Girls,” or simply “Aesthetic Boners,” to name a few. The skill of the author here is apparent in the way she demonstrates her own gradual maturing through her developing thoughts and sense of self—without the book having been written in real time. “I still believed I could lose myself in homework and exercise” quickly gives way to, “She still doesn’t leave me alone.” The ghosts of our traumas cannot be excised with exercise alone.

Entering into the most intimate thoughts of another person can be intimidating, a place of pressure that can be uncomfortable. We might begin to make value judgements, or turn away from the intimacy out of fear. Sometimes, when we come across writing that comes from a place of honesty, we might find it “relatable.” But it strikes me as interesting that Gurba and Sharma’s narrators, much like Zambreno’s Green Girl, are often described as “unlikeable”—which is subjective. Wielded in this way, “likability” is equated with politely evading your truth to make someone else more comfortable.

After some passages in Zambreno’s Book of Mutter, I found myself needing to lie down and escape from the world for a while. “I had a desire to get pregnant when my mother was dying,” Zambreno writes, echoing a desire of mine I had never voiced. Not every instance of relatability is going to be humorous, but sometimes we need to cry. Though Sharma and Gurba’s voices employ a lot more humor than Zambreno’s, it’s a kind of humor that evokes the same reaction as her sober lines. A humor that reaches a space of darkness, a space that perhaps requires humor to be honestly investigated. In Problems, Maya belies over and over again her discomfort with intimacy in the form of snappy punchlines. We laugh when she says “I didn’t know what to do when men gave me flowers. I would always think, Great, now I will have to watch these things die.” But we also sense the pain behind the punchline, that our messy, loudmouthed, seemingly confident Maya does not believe she deserves nice things, that she does not believe she deserves the kind of man who’d give her a gift. I don’t know if Maya knows that, but Sharma might.

Mean begins with a graphic retelling of the rape and murder of a young Mexican migrant worker, Sophia Torres. Gurba is particularly disturbed by this event, but we don’t fully understand why until later. For this woman’s story, Gurba employs no humor; that is a tool she reserves for herself. Instead, she meditates on Sophia’s name, its Greek meaning of wisdom, other famous Sophias, and her othering by the local news, who describing her murder as “the bludgeoning death of a transient.” Gurba’s immense ability is balance. In contrast to her description of Sophia is the account of her own (first) sexual assault at the hand (literally) of an emotionally-stunted classmate Macaulay in her history class. “I didn’t learn much history from him. My time with him mostly taught me how to be quietly molested.” Gurba remarks dryly.

Throughout her recollections, Gurba frequently shows a frankness and quickness of wit, qualities that are often viewed as negative when exhibited in women. Readers are led into one taxing and potentially painful situation after another, each time saved in the end by a bitingly funny rebuff from our narrator. A painfully familiar scene with a male classmate going on about how Anne Frank was a “lesbo” while physically invading Gurba’s space is resolved by her cutting final line: “To get rid of him, I pretended to read. Boys hate that shit.” I suppose this could be read as “mean”; to me it suggests an effective assertion of boundaries.

In other moments, Gurba’s humor reminds me of my own: a way of allowing a personal investigation of a traumatic event by making it less scary to revisit. The narrative is punctuated by candid accounts of sexual assaults, both Gurba’s own and those of women who did not survive theirs and whose ghosts haunt our narrator. Mean is not an easy read, but most rewarding literature isn’t.

We’re allowed even further into Gurba’s self-reflection later, when, in a moment of brutal honesty, she relays the guilt she feels about not testifying against her second assailant—the man who went on to attack Sophia Torres and other women. Her guilt is replaced by a description of what would’ve probably been the outcome for her had she testified—and it’s all too accurate. If she had talked, Gurba surmises, no one would see her as anything other than a victim again. “I’d be that girl that got raped by that cholo just like the boys Mr. Osmond fucked are still referred to as the boys Mr. Osmond fucked.” She knows she cannot take on the racist, misogynist, victim-blaming injustice system single-handedly and win.

I read Mean for the first time when I was in the midst of a toxic relationship that I couldn’t see a way out of. Or, no: I should be radically honest. I didn’t want to see a way out of it. I am fortunate to have supportive people around me who forced me into a place of honesty. Of vulnerability. I read Mean again after I’d extracted myself from the relationship, and Gurba’s voice took on new resonance. Her narrator and I are very different people; she’s perhaps too quick to cut people out of her life, where I am too slow. Still, while reading, I felt I was being given permission to be messy, to be honest, to even be mean where mean was necessary.

This may not be the book for you, but if that’s because a young queer chicana writer is being radically honest, the problem might be you. The addition of these fresh and challenging perspectives does not take anything away from the cool-girl canon, but rather increases its strength, as Gurba’s voice did for mine.

The Other Invisibles of Ralph Ellison's Invisible Man 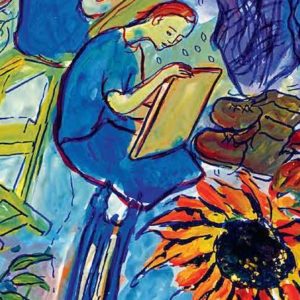 Charlotte Salomon (1917-1943) was the last Jewish student at the Berlin Fine Arts Academy. The danger for her had become...
© LitHub
Back to top