Have We Always Been Depressed?

Yes. The Answer is Yes.

Has depression always been with us? Many would suggest that it has. In the ancient world the Greek physician Hippocrates wrote that melancholia resulted from too much black bile in the spleen. However, both our understandings of melancholic conditions, and above all the prevalence of specific forms of misery, have changed remarkably since then.

It was Aristotle, or someone writing in his name, who suggested that it was in the nature of the most distinguished, creative, even witty men to suffer from melancholy: “Why is it that all those who have become eminent in philosophy or politics or poetry or the arts are clearly melancholics?” Ever since, others have also claimed links between melancholy and creativity or merit. Still, many simply wrote of its inevitability as a part of life, as did Shakespeare in his comedies and tragedies alike, most of them written around the 1590s: “I hold the world but as the world … A stage where every man must play a part, and mine a sad one.”

A few decades later, the Renaissance scholar Robert Burton’s The Anatomy of Melancholy (1621) quickly became the most famous English historical text on the topic of melancholy. It has retained admirers right up to the present, from Samuel Johnson through John Keats and Samuel Beckett, to Philip Pullman and Nick Cave. Burton wrote his tome, he said, to keep himself busy in order to avoid melancholy himself. It seems to have worked, at least up to the time of his death at 63, since he never stopped writing till the day he died. By this time, he had completed three volumes and around 1,400 pages, leaving on his deathbed notes for further revisions.

When Burton began, he was writing about what he saw as an epidemic of melancholy, a condition so prevalent that few could be said not to suffer from it at all. His goal was to encompass every dimension of misery in his work, from the most common to the most esoteric. Burton’s “melancholy” was therefore a broader concept than the condition we think of today as depression. He believed it could be understood and treated medically, but Burton also described the diverse patterns of melancholy as forms of moral and spiritual disease tied in with the background misery of his times. His was a period of both political and religious strife that had continued across Europe after the Protestant Reformation, reaching England in the early 17th century.

Burton was far from the only member of the early modern learned community writing about the passions who saw melancholy as shaped by the anxieties and conflicts of the day, along with the licentiousness the passions were also seen as generating. As the historian of emotions Thomas Dixon argues, widespread interest in melancholy and the approval of tears were present in British history right up to the middle decades of the 20th century. Indeed, in 1733 the pioneering British physician Dr. George Cheyne would write about “melancholia” as The English Malady.

However, the earlier notions of melancholia as a type of imbalance of the humors, or dark spirits circulating in the body, shifted with the strong turn to science during the British Enlightenment in the second part of the 18th century. In particular, the physician and medical scholar William Cullen, a key figure in the Scottish Enlightenment and friend of the philosopher David Hume (as well as his physician), sought to explain all diseases as linked to the physiology of the nervous system, especially the brain. For Cullen, melancholia was “partial insanity” and, although he did not depart altogether from the old notion of “noxious” humors, he did pave the way for the gradual reinterpretation of melancholy as “depression,” later seen as a neurological or “affective” disorder.

Thus by the early 19th century, a strictly medical model of mental illness was emerging. As the century progressed, sadness, in whatever form, was no longer attached to the idea of melancholy as a disorder of the intellect, but rather melancholia and depression were seen as a mood or “affective” disorder, according to the philosopher of science Clark Lawler.

By the end of the century, the stage was set for the German psychiatrist Emile Kraepelin to write what is regarded as the founding text of modern scientific psychiatry. His Compendium of Psychiatry, first published in 1883, established psychiatry as a branch of medicine and developed a classification system of mental illness that rested upon distinguishing “manic depression” (now classified as a variety of mood disorders) from “dementia praecox,” by which he referred to the rapid cognitive disintegration associated with the various schizophrenic disorders. Kraepelin remained influential well into the 20th century, with his classifications still familiar to us today. He also saw mental illness as primarily genetic, urging support for eugenics and racial hygiene to enhance the German people.

Yet, even as psychiatrists felt they were making sense of what they saw as the largely innate or endogenous nature of depression, the father of sociology, Émile Durkheim, undertaking a new discipline of study, was looking in the opposite direction. He saw much evidence for social determination of the levels of personal misery that were evident at the close of the 19th century. Most famously, in his 1897 study Suicide, Durkheim compared the suicide rates of people belonging to different religious and other social groups, concluding that suicidal depression was attributable to what he called the levels of “anomie,” people experiencing conditions where social norms were absent or confusing. This meant that suicidal depression could not be seen as primarily an individual phenomenon, since it was distinctive of groups of people rather than of individual types. For instance, Catholics, Jews and married people were less prone to commit suicide than were Protestants and the unmarried, while overall men were more likely to kill themselves than women. Venturing further, Durkheim claimed that all forms of unhappiness had a social side: “There is a collective as well as an individual humor inclining peoples to sadness or cheerfulness, making them see things in bright or somber lights. In fact, only society can pass a collective opinion on the value of human life; for this the individual is incompetent.” As Durkheim saw it, it was the unhappiness produced by the rise of industry and the factory system undermining traditional societies which explained the extremes of modern misery.

In the meantime, Freud and the evolving psychoanalytic tradition believed that depression had a very personal history, although definitely a relational one. Freud did not dismiss biological factors, but he emphasized above all the role of grief resulting from the loss of an important relationship, triggering earlier memories of loss of, or rejection by, those first objects of love, the parents and especially the mother.

In one of Freud’s most influential essays, “Mourning and Melancholia,” published in 1917, he saw processes of normal mourning (often a period of two or three years) as people registering their loss of, or rejection by, someone or something they have been narcissistically invested in, but eventually managing to let go of their sorrow. However, melancholy or extreme depression occurred when a person could not move on from their bereavement but had internalized the lost object and, especially in cases where there had been repressed ambivalence or anger towards that now absent “presence,” grief and anger could become directed inwards towards the self, establishing relentless and bitter self-reproach: “In mourning it is the world radical happiness which has become poor and empty; in melancholia it is the ego itself.”

Working in this tradition, and drawing upon the later work of Jacques Lacan and Melanie Klein, Paris-based Julia Kristeva writes vividly in Black Sun (1989) that whether observing melancholia or depression—seeing the two as blurring into each other—“Freudian theory detects everywhere the same impossible mourning for the maternal object.” However, Kristeva also argues that this lasting desire for the lost mother, the partial refusal to let go of that first maternal identification, can be a source of great artistic creativity. At least it can be in men, in her view, visible for instance in Fyodor Dostoyevsky’s writing on suffering and forgiveness. Only the male artist, she believes, can sometimes manage that move of both detaching himself from his early merger with the maternal object, while also succeeding in retaining traces of his former “feminine” identification, making his melancholia “the secret mainspring of a new rhetoric.”

This makes such melancholic artists’ creations a type of healing therapeutic process, while giving meaning to the hitherto unsayable, thereby producing much cultural beauty and joy, resulting in what Kristeva calls the melancholic “sublime.” With or without her problematic occlusion of women (who she argues can never similarly both detach from and yet retain vestiges of their early maternal identification), Kristeva’s notion of the melancholic sublime is close to what so many philosophers and artists of melancholy have said through the ages, none more directly than Keats in his famous “Ode to Melancholy,” written like all his most famous odes in 1819. Sufferers should not let go of their pain, he urged, but remain attentive and responsive to its mysteries:

Ay, in the very temple of Delight
Veil’d Melancholy has her sovran shrine,
Though seen of none save him whose strenuous tongue
Can burst Joy’s grape against his palate fine;
His soul shalt taste the sadness of her might,
And be among her cloudy trophies hung. 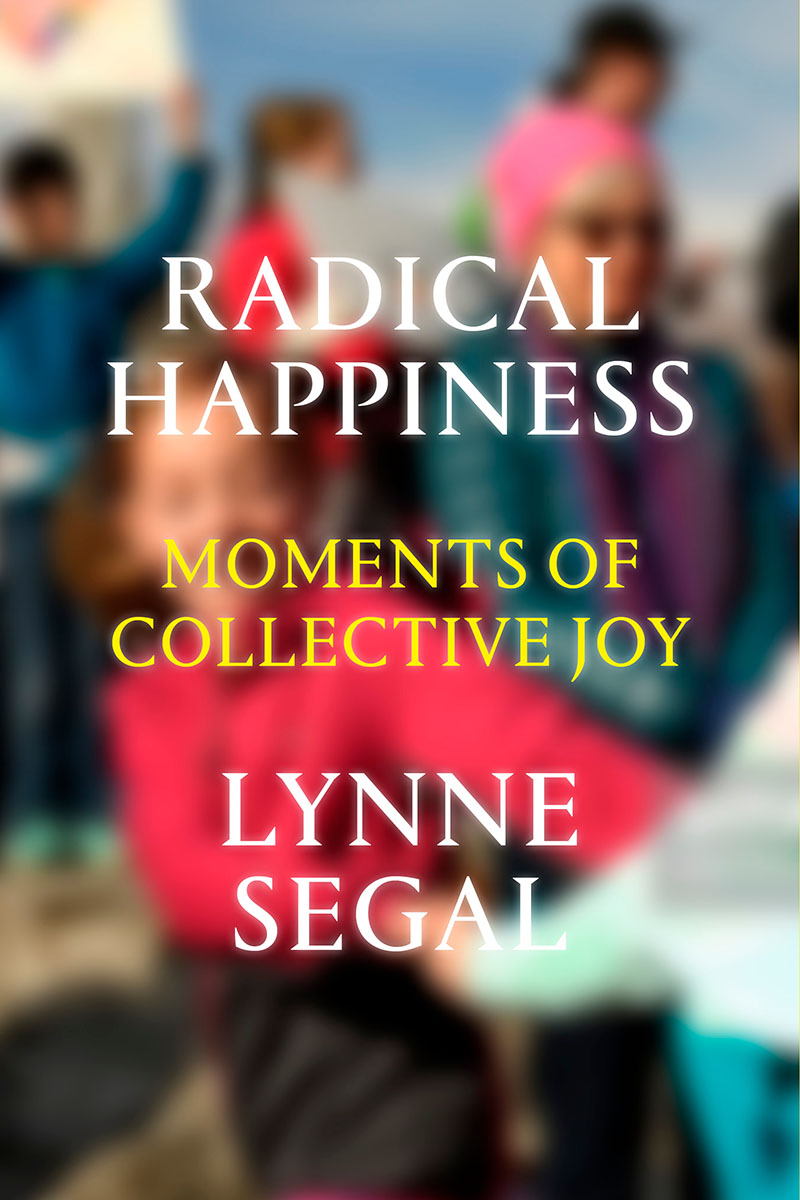 Lynne Segal is Anniversary Professor of Psychology and Gender Studies in the Department of Psychosocial Studies at Birkbeck College. Her books include Is the Future Female? Troubled Thoughts on Contemporary Feminism; Slow Motion: Changing Masculinities, Changing Men; and Straight Sex: Rethinking the Politics of Pleasure. 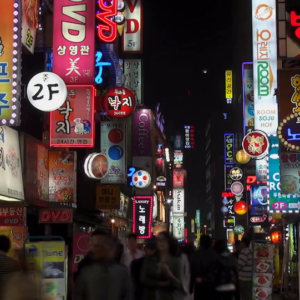 Today we rode in the world’s most beautiful cab. A few minutes after we’d gotten in, the driver—middle-aged, and wearing...
© LitHub
Back to top
Loading Comments...