TODAY: In 1930, Collins Crime Club, an imprint of British book publishers William Collins, Sons, is launched. Throughout its 64 years, the club issued a total of 2,025 first editions of crime novels.

The many ways in which we are wrong about Jane Austen ·  The Chinese factory workers who write poems on their phones · Reading Houellebecq in the midst of the French elections · Jillian Tamaki, Amelia Gray, and more: 15 books to read this May · How inequality shortens lifespans · The forgotten history of American working-class literature · On the vital importance of the NEH and the NEA, which saved literature in Tennessee · In which Scaachi Koul realizes that new clothes won’t fix her · Families are living in chronic cyclical poverty: Joe Halstead goes home to coal country ·  My mysterious mother: Beauty queen, rebel leader, national icon · What I’d Die For You tells us about Fitzgerald’s troubled final years
This week on Book Marks:
Lorrie Moore on Margaret Atwood’s genetically engineered nightmare · The Los Angeles Times on Jeff VanderMeer’s pots-apocalyptic fantasy Borne · From 1999, Stephen King on Hannibal Lector: “the greatest fictional monster of our time” · In her new book of career and life advice, Ivanka Trump “makes Sheryl Sandberg look like Rosa Luxemburg” · Back in 1965, The New York Times called out the Faulkner imitation in Cormac McCarthy’s first novel · The Book Marks Top 5: the best reviewed books of the week
Lit Hub Daily
Share: 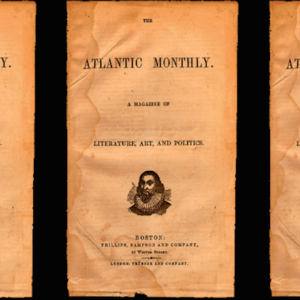 Eva Dillon on her father's secret life as a Cold War Spy. | Literary Hub Art can legitimate prejudice: reading...
© LitHub
Back to top