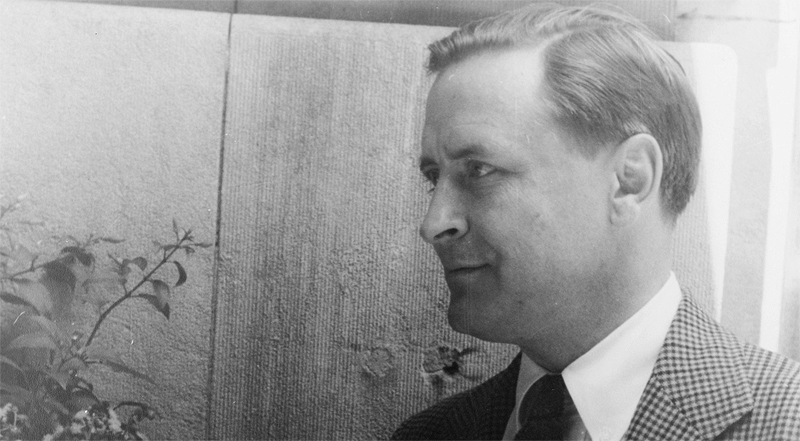 And How he Turned Personal Tragedy into His Best Work

There is an entrenched way of thinking about the writing life of F. Scott Fitzgerald: he found success young, but when his wife Zelda succumbed to mental illness—and he to full-fledged alcoholism—he ended his too-short life doing Hollywood hack work to make ends meet before dying, largely forgotten, his final novel left unfinished. His life has long been viewed as a classic tragedy—glamorous rise, brutal fall.

What has too often been omitted is the fundamental change in outlook Fitzgerald had towards his short fiction in his final years. A new collection of 18 “lost” and “uncollected” stories, tied together sharply by the scholar Anne Margaret Daniels, shows Fitzgerald’s pivot towards a greater seriousness in his final years. Levity gave way to seriousness; an enchantment with money gave way to a reflection on his personal legacy.

Early in his career, Fitzgerald largely wrote what he could get paid for. Even before publishing This Side of Paradise at age 23, he was writing to his agent Harold Ober about new modes of income, “Is there money in writing movies? Do you sell scenarios?” In 1920, he published “The Four Fists,” a story that characterized his alma mater in sufficiently negative light for the then-president of Princeton John Grier Hibben to write him to complain. Fitzgerald apologized, responding, “I wrote it in desperation one evening because I had a three-inch pile of rejection slips and it was financially necessary for me to give the magazines what they wanted.” He openly admitted that stories like “The Popular Girl” were written mostly for the payday, writing to Ober in 1922, “I am rather discouraged that a cheap story like ‘The Popular Girl’ written in one week while the baby was being born brings $1500… but, by God + [George] Lorimer [the editor of The Saturday Evening Post] I’m going to make a fortune yet.” His excitement about making a fortune was well founded; by 1929, at the height of his earning powers, he was commanding $4,000 (about $55,000 today) per story in The Saturday Evening Post.

When Fitzgerald went into the movie business at the end of his life, it seemed only to confirm the general perception that he was continuing to follow the cash. And yet, newly uncovered stories like “Nightmare (Fantasy in Black),” which takes place mostly in a mental hospital, and “I’d Die for You (The Legend of Lake Lure),” which includes reflections on suicide, don’t jibe with Fitzgerald’s magazine reputation as a writer of charming Jazz Age romances. As a result, editors asked him to change—or sometimes flatly rejected—these stories before publishing them.

Fitzgerald was well aware that the types of easy-money stories that had long been expected of him—and which he had happily consented to writing—had begun to take a toll on both his talent and his legacy. Writing to Zelda in October 1940, he lamented, “As soon as I feel I am writing to a cheap specification my pen freezes and my talent vanishes over the hill.” He regretted that between writing The Great Gatsby and Tender is the Night—a gap spanning 1925 to 1934—the lack of substance in his stories had also severely harmed his prestige. “I think the nine years that intervened between The Great Gatsby and Tender hurt my reputation almost beyond repair,” he wrote again to Zelda, “because a whole generation grew up in the meanwhile to whom I was only a writer of Post stories.”

But Fitzgerald’s ultimate insistence on writing with depth and seriousness led mostly to commercial failure—in magazines but also in Hollywood. In 1939, when he adapted Clare Booth’s The Women, Fitzgerald’s screenplay depicted modern, independent female characters, like the ones in Booth’s original play. The producer, however, had hoped Fitzgerald could take it in a different direction: towards more submissive, “romantic” types. In his screenplay for Madame Curie, based on a treatment by Aldous Huxley, Fitzgerald focused more on the scientific aspects of the story—and less on the romance—much to the producer’s dismay (“Too many test tubes,” the producer noted). Fitzgerald’s name didn’t end up attached to either.

I’d Die for You and Other Lost Stories thus further cements Fitzgerald’s willingness towards the end of his life to rebel against what was expected of him. But the resonance of these stories goes one step further, illuminating many of the problems that plagued his final years.

In “Travel Together,” written between 1935 and 1936, a young screenwriter wants to change his career and his life, an apparent reflection of Fitzgerald’s own disenchantment with Hollywood. In the aforementioned “Nightmare,” written in 1932, Peter Woods, whose brothers are in an insane asylum, thinks he may be going mad as well. Peter feels castrated and helpless when he was once strong and virile; he’s a character that seems to presage Fitzgerald’s 1936 tell-all The Crack Up. Fitzgerald even wryly undermined his reputation for stories of Jazz Age beauties with a screenplay synopsis entitled “Gracie at Sea” in which a comically over-the-top flapper parodies the stories that made first him rich in The Saturday Evening Post.

But perhaps the best story of the collection, “I’d Die for You” concerns the complexities of suicide and contains the clearest parallel to Fitzgerald’s own life. In 1936, after the New York Post published a takedown of Fitzgerald that coincided with his 40th birthday, he tried to overdose on morphine in a North Carolina hotel room. Writing to his agent in October of that year, Fitzgerald explained: “I got hold of a morphine [vial] and swallowed four grains enough to kill a horse. It happened to be an overdose and almost before I could get to the bed I vomited the whole thing and the nurse came in + saw the empty phial + there was hell to pay for a while + afterwards I felt like a fool.”

Thomas Wolfe, the North Carolinian novelist, wrote to his brother about Fitzgerald’s misery. “There is a poor, desperate, unhappy man staying at the Grove Park Inn,” Wolfe wrote in his post-script to Fred. “His name, I forgot to say, is Scott Fitzgerald, and a New York paper has just published a miserable interview with him—it was a lousy trick, a rotten . . . piece of journalism, going to see a man in that condition, gaining his confidence, and then betraying him. I myself have suffered at the hands of these rats, and I know what they can do.”

In order to write “I’d Die for You,” Fitzgerald plumbed both the depths of his own suicidal thoughts as well as his fear that Zelda might try again to kill herself. While the story teems with classic Fitzgeraldian insights (“I don’t think you like women—you pretend to, but you don’t. That’s why you can do what you want with them”), it also demonstrates a sense of palpable regret—of his early life of excess, of mistakes in how he treated others.

The story centers on Atlanta Downs, a young actress smitten with a man named Roger Clarke who, at age 36, says he’s “getting old.” (It parallels the relationship of Rosemary Hoyt and Dick Diver in Tender is the Night). Atlanta, reflecting on her own youth, begins to wonder, “what it felt like to be discouraged. So far she had never known anything but hope and fulfillment.” One night, she speaks with a man called Delannux, around whom a rumor swirls that two or three of his spurned lovers committed suicide. Atlanta begins the conversation:

“What did you mean when you said you’d lived too long?”

He laughed but at her seriousness he answered: “I fitted in to a time when people wanted excitement, and I tried to supply it.”

“I spent a lot of money—I backed plays and tried to fly the Atlantic, and tried to drink all the wine in Paris—that sort of thing. It was all pointless and that’s why it’s so dated—it wasn’t about anything.”

It was all pointless. It wasn’t about anything. This has always been the most devastating of Fitzgerald’s character types: the once-successful man full of regret. In “Babylon Revisited,” published in The Saturday Evening Post in 1931, Fitzgerald introduced this type with the free-spending, hedonistic businessman Charlie Wales who loses custody of his daughter Honoria and realizes that all of his boozing and partying was never worth its consequences. Based on Fitzgerald’s sister-in-law Rosalind Smith and her husband Newman, who thought Fitzgerald was unfit to raise his daughter Scottie, “Babylon Revisited” was a fictional rendition of what could have very well happened to Fitzgerald. (He never lost custody of Scottie.) In “I’d Die for You,” he further hones this character type while adding suicide to the mix—a thought that seemed to be consuming him for a substantial part of the 1930s.

In April 1934, when Tender is the Night first hit American shelves, Fitzgerald received a letter from Ernest Hemingway, castigating Fitzgerald’s imprecise use of personal details and experience in the novel. “Forget your personal tragedy,” Hemingway wrote. “We are all bitched from the start and you especially have to hurt like hell before you can write seriously. But when you get the damned hurt use it—don’t cheat with it. Be as faithful to it as a scientist—but don’t think anything is of any importance because it happens to you or anyone belonging to you.”

At the end of his life, Fitzgerald refused to elide his personal tragedies, and it was exactly those difficult experiences, his misery, his regret and shame, that characterized his best work. Contrary to what Hemingway thought, all of what happened to Fitzgerald was “of importance” to his work, and nearly all of these experiences—suicide attempts, alcoholism, gnawing regret—were poured into his stories. Especially, it seems, into the stories he refused to edit into mediocrity.

Now, thanks to these “lost” stories, characters like Peter Woods and Atlanta Downs have come to life as well—and, with them, a more nuanced understanding of Fitzgerald’s own struggles, and his facility in translating his life into his work. At the end of his life, Fitzgerald maintained his integrity. Thanks to his discernment with what he would publish, American letters are better for it. Whether Hemingway or the editors at The Saturday Evening Post thought his personal tragedies were worthy of his fiction—well, that hardly matters at all.

Cody Delistraty is a writer and historian based in Paris. He writes on books, culture, and interesting humans for places like The New York Times, The New Yorker, The Paris Review, and Aeon. Follow him on Twitter @Delistraty. 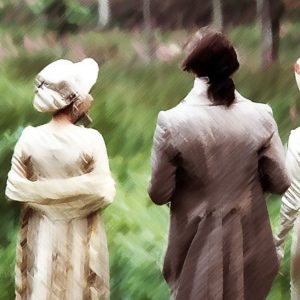 We’re going to be seeing a lot more of Jane Austen. 2017 is the bicentenary of her tragically early death at the age of 41. And by way of celebration,...
© LitHub
Back to top