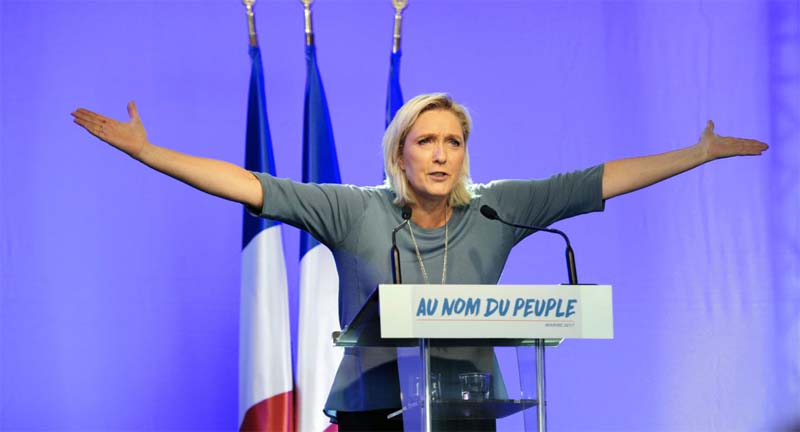 How Art Can Hasten a Macabre Moral Shift and Legitimate Prejudice

“Nobody can suppose for a moment that it is possible to write a good novel in praise of anti-Semitism,” wrote French-theorist Jean-Paul Sartre in his 1948 essay “What is Literature.” Sartre’s declaration hinged in part on the premise that what is repugnant cannot simultaneously be artistically brilliant. That was then. In contemporary France the position once held by anti-Semitism is now occupied by its noxious cousin Islamophobia.

Unsurprisingly, the campaigning preceding the French elections which are now underway has featured fervid discussions of the “Muslim Question.” The answers have been depressing, with nearly all of the frontrunners eager to show just how tough they are willing to be on a Muslim minority whose numbers add up to an approximate five percent of France’s total population. Marine Le Pen, who heads up the far right National Front, has declared Islam “an ideology that wants to bring France to it’s knees” and decried the “Islamist globalization” that she holds responsible for ills ailing all of Western society in general and France in particular.

Her logic of lobbing collective punishment on French Muslims has been contagious. Francois Fillon, the mainstream conservative candidate eliminated after the election’s first round, also declared that he “wants strict administrative control of Muslims.” Even Emmanuel Macron, the nominally centrist candidate now challenging Le Pen in the run-off election, has joined the fray, saying that he wants to “help Muslims restructure the Islam of France”—implying of course that the one they currently have is patently unsuitable. The only voices that did not join the cacophony of perversions and prejudice were those of far-left candidate Jean-Luc Mélenchon and Socialist candidate Benoit Hamon—who unfashionably stated that “French law should protect both the girl in shorts and the one who wants to wear the scarf.” They finished in third and fourth place, respectively.

What manifests in politics is both presaged and reified by art. While a “good” novel about anti-Semitism may be have been unimaginable for Sartre, the fate of the Islamophobic novel is not hanging in the balance; it has been declared good or even great by many—if not most—Western literati. Though published back in 2015, Michel Houellebecq’s Submission deals centrally with an election. Published on the day of the Charlie Hebdo attacks, and the same week that Houellbecq himself graced the satirical magazine’s cover, it conjures an Islamized France occasioned by the rise of a French “Muslim Brotherhood.” By novel’s end, Houellebecq has his protagonist convert to Islam and his reader entrapped into sympathizing with an author who once declared Islam to be “the stupidest” of all faiths. All of this is accomplished with great subtlety, a product no doubt of the mastery which garnered Houellebecq the Prix-Goncourt for a different book a few years earlier. Submission did not win that top literary prize, but in its pages lie the clues of how art can hasten a macabre moral shift, legitimate prejudice, and mask the tyranny a majority can enact on a minority.

Set in Paris in the year 2022, the book traces the fortunes of an alienated and disenchanted academic named Francois who has fleeting affairs with his students and revels in the excesses of political theater. As he says at the beginning of one of the chapters, “I’ve always loved election night. I’d go as far as to say it’s my favorite TV show . . . ”  His choice of favorite does not disappoint, as Houellebecq’s imaginary election of 2022 delivers a tremendous upheaval and an end to the two-party system that “had dominated France since the birth of the Fifth Republic.” When it is all over “Mohammed Ben Abbes, the candidate of the Muslim Brotherhood had come in second place with 22.3 percent of the vote.” Abbes’ opponent in the book is the real life Marine Le-Pen who Houellebecq once declared in an interview to be a preferable alternative to Francois Hollande.

A prescription to prejudice loudly proclaimed would not be a threat to long cherished values of tolerance and so Houellebecq treads softly. Submission’s lure is subtle, setting its snares in tone and tenor long before election night delivers its results. Francois, a scholar of the French novelist Joris-Karls Huysmans, is disenchanted with everything and brimming with self-hatred. He routinely enumerates his failings and also his inability to care about them. The consequence is a narrator established as credible not because he is good, but because he finds fault in each and all—he says, at one point, “I’ve never really been convinced that it was a good idea for women to get the vote.” His graduate students are described as “bad students with bad attitudes.” Even when he tries to be complimentary he cannot seem to manage it; in Francois’s estimation, the Chinese are venerable only for having kept “Arabs and Blacks” out of his Chinatown neighborhood. A man who hates everything turns out stops having to justify his hatreds; and by literary alchemy, his prejudice is made palatable through desensitization.

Normalizing the narrator’s hatred is just one product of Houellebecq’s artful maneuvering; another is Submission’s simmering anxiety. In one particularly representative scene prior to the Election, Houellebecq’s Francois ends up at a party at which academics sip drinks under linden trees even as gunshots and explosions are heard beyond the wall of their soiree. When they do start to react, they do so slowly “as if to show that they were in control and would under no circumstances take part in a stampede.” The combination of their performative placidity with the narrator’s blunt and numerous hatreds is a compelling one, its sum a gentle urging to consider the possibility of what is in reality impossible, and to hate and fear accordingly.

Many have been seduced by Submission’s pretense and have held it up as a “good” novel, arguing that it is not, in fact, about Islamophobia at all. This group includes, among others, the Norwegian author Karl Ove Knausgaard, who wrote a vigorous defense of it for the New York Times. Knausgaard suggests that Houellebecq’s work is an investigation of decline rather than an initiation to prejudice. It is in service of the former theme, Knausgaard argues, that Houellebecq makes his protagonist a Huysmans scholar. Huysman’s preoccupation, like that of many French novelists before him, was precisely with the connection between refinement and decline. Per his prognostications, any zenith of refinement is inevitably followed by apathy, a loss of faith, and ultimately a return to faith and religiosity. Houellebecq’s Francois converts, in Knausgaard’s view, not to underscore the dreadful requirements of Muslim France. but to parallel Huysman’s own conversion to Catholicism, and to illustrate the cycle of history. It is not the “Islamization of France” but “lack of attachment” and “indifference” that are, for Knausgaard, the fundamental themes of Submission.

But Knausgaard is wrong, as are many of the largely white, male, and non-Muslim literary critics who have variously described the book as “a fine, deep, literary work” and a “classic novel.” While the book’s entanglements with French literature of the past are real and even interesting, they cannot outweigh the book’s connection to the France of now. Against the context of contemporary French politics, Submission reads like a literary effort to convert those who do not yet believe that preserving France requires marginalizing Muslims. Houellebecq presents a reviled minority as the winner of an election, while the real Islamophobic attacks it faces are erased from view. Toward the end of Submission the Sorbonne is Muslim-run, mocking the reality that the actual Sorbonne bans the many Muslim students who choose to wear the headscarf.

Literature need not accord always or even occasionally with reality, but in order for satire to succeed, it must do more than crush with caricature the very weakest, the most hated. It is in its indulgence of this hate that Submission fails. Western decline may well be one of the novel’s themes, but situating Muslims as the agents and actors of that decline makes Islamophobia another one. Marine Le Pen herself has been quick to recognize the book’s service to her xenophobic agenda, glibly describing it as a “a fiction that could become a reality.” It may well turn out that way. Fact learns from fiction, and the real French present is in need of a way to legitimize the marginalization of Muslims. Submission is a literary tool to do just that, delicately arguing that a preemptive push against Muslims is really an awakening from apathy, a rebellion against imminent decline, a refusal to become the decadent Francois. Sartre may have believed that art and hate cannot unite and be hailed as “good”; many in present-day France, it seems, would disagree. 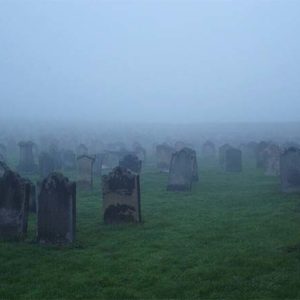 It’s late October, and I am kneeling in Old Chapel Hill Cemetery, brushing the fallen leaves from a small, flat stone sunken...
© LitHub
Back to top