Neil Gaiman and N.K. Jemisin talk comics, adapting the page to the screen, and writing queer characters • Masha Gessen on the lives lived inside the gulags of the Soviet Union • Kristin Chen on the difficulty of writing across two cultures, when neither feel entirely like home • Letter to an emerging Indigenous writer, from Daniel Heath Justice • The world’s tiniest publishing house: a public typewriter in the middle of a bookstore • Poet Wendy Xu: “It’s impossible to put into words the complexity of immigrant love” • Women writing the west: six works of nonfiction you should read • Ngũgĩ wa Thiong’o: In the endless sameness of prison, writing kept me human • Essential writing advice from Virginia Woolf • How should a literary adaptation be? We asked the critics for an answer •

Regarding the pain of women: why American medicine needs a more nuanced approach to chronic pain • From Helen Keller to Jonah Lehrer, a dozen literary plagiarism scandals, ranked for your ease of use • When three generations of DC powerbrokers met on the eve of Obama’s presidency • An agent’s lament: My year in Donald Trump-themed novel queries • Why the world’s cities are teeming with exotic wildlife more than ever • Lit Hub staff picks: our favorite stories of the month

To Say Goodbye is to Die a Little: a look back at Raymond Chandler’s autobiographical opus, The Long Goodbye • 5 Books Making News This Week: Gunrunners, Ghosts, and Family Gatherings •This week in Secrets of the Book Critics: Mark Athitakis on Jane Smiley, Class, and the literature of the Midwest • “…it’s physically impossible to dunk on a novel that is already dunking on itself so hard”: HuffPost’s takedown of Sean Penn’s debut novel, and more Book Reviews You Need to Read This Week • Alcoholism, obsession, the Hollywood boys club, and more all feature among our Best Reviewed Books of the Week

49 beautiful, bizarre covers of “The Long Goodbye” on the anniversary of Raymond Chandler’s death  •  Erica Wright on the poetry of restraint and very small crime scenes • As the mystery world mourns Philip Kerr, Otto Penzler reflects on the man and his legacy • “Whose work can stand up to that sort of comparison?” Paul Vidich on writing in the shadow of Graham Greene • A former crime reporter weighs in on what life is really like on the crime beat • On the iconic Civil Rights photographer turned FBI informant • Take a sordid literary tour of gilded era New York City with Simon Baatz • What to watch this weekend: 12 crime shows premiering (and returning) to TV this month • 9 of British television’s most powerful women detectives 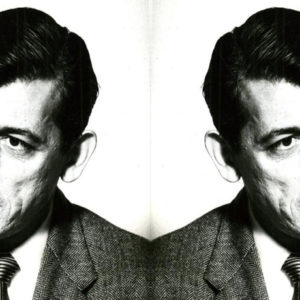 An agent’s lament: My year in Donald Trump-themed novel queries. | Lit Hub Why the world's cities are teeming...
© LitHub
Back to top