Gabrielle Bellot on W.B. Yeats, and the twin writerly virtues of arrogance and humility • The amount of unhappiness is extraordinary at the moment.” When the dismal science tries to study happiness • Recipes and wisdom from the late, great Ntozake Shange • Saleem Haddad on leaving London to live Fernando Pessoa’s dreamlife in Lisbon • On the life of Samuel Grynszpan and an act of resistance the Nazis used to justify Kristallnacht • On finding a way back to writing after years away • Moody moors, seaside cliffs, and a legacy of great writers-in-residence: a guide to literary Yorkshire • Can environmental activism succeed in China? • Brad Phillips on sex, drugs, and the empty spaces • What we can learn about happiness from women over 50 • In search of the surreal at the Leonora Carrington Museum • How we use stunning visuals to tell the stories of science • Sam Lipsyte talks to Annie DeWitt about cults, wellness, and cutting through the dumb noise • In honor of the Oxford English Dictionary’s birthday, a collection of cinematic dictionary title cards • On the life and times of Nahui Olin, poet, artist, and sex symbol of Mexico’s avant-garde • On the challenges of

fictionalizing extremists • Designing characters’ homes as a writing technique • Twelve books we’re looking forward to in February • February’s edition of the Astrology Book Club, featuring long books for a short month, is as spookily accurate as ever • The Lit Hub staff’s favorite stories of the month, from Mary Oliver to W.B. Yeats to giddiness in art

Subscribe to the new Book Marks Bulletin for reviews, news, pre-publication giveaways, and more! • The first reviews of ever J. D. Salinger book, from The Catcher in the Rye to the posthumously-published Three Early Stories • All the Lives We Ever Lived author Katharine Smyth on five books about fathers, from James Salter’s Light Years to Hisham Matar’s The Return • This week in Secrets of the Book Critics: Hope Wabuke on Alexandre Dumas, Kelly Sundberg, and Roxane Gay’s Twitter Feed • Sam Lipsyte’s Hark: gleaming satire OR unfocused indulgence? • African fantasy, movie sex, self-own feminism, and more in the 5 Book Reviews You Need to Read This Week • A dark satire of racism in America, an exploration of virtue and violence, and a Seoul-set fantastical crime novel all feature among the Best Reviewed Books of the Week

Lisa Levy gives us a close reading of “The Great Gatsby” as noir fiction • Gabino Iglesias investigates the massive popularity of American noir amongst French readers • In which our editor (and insufferable New Englander) Dwyer Murphy predicts the outcome of Sunday’s Super Bowl by reading a bunch of crime fiction from Boston and Los Angeles • Brad Meltzer and Josh Mensch on the secret plot to assassinate George Washington • Even before TNT’s new miniseries, pop culture has long been obsessed with the case of the Black Dahlia • Tim Dorsey on the wild and wacky world of Florida crime fiction • Swindlers, psychopaths, and sociolinguistics: the CrimeReads editors’ favorite stories of January 2019 • Julia Ingalls on Smilla Jasperson, Lizbeth Salander, and other semi-feminist heroines of Scandinavian Noir • The CrimeReads editors round up all the crime and mystery you need to read this February • J. Kingston Pierce on painter Robert McGinnis, the “Rembrandt of pop art,” and his iconic cover designs • From The Age of Innocence to American Psycho, a literary tour through the anti-heroes of New York city 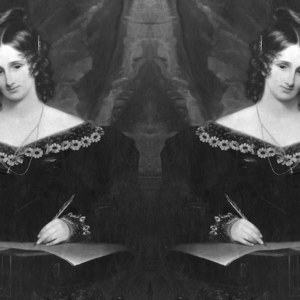 “[M]etaphor can both illuminate and obfuscate, sometimes at the same time.” Sam Lipsyte talks to Annie DeWitt about...
© LitHub
Back to top