Moody Moors, Seaside Cliffs, and the Legacies of Literary Greats

Popular wisdom tends to paint Yorkshire as a united entity, hewn together by nostalgic romanticism and unshakeable home county pride. After all, this is the region that its residents dub God’s Own Country, even the most atheistic of them.

And yet, England’s largest (and arguably greatest!) county has also produced a sizeable clutch of writers with a penchant for pessimism and a keenly tuned ear for the flaws which lie at its core. At the hand of Ted Hughes, Yorkshire became “a gorge of ruined mills and abandoned chapels / The fouled nest of the Industrial Revolution.” For Emily Brontë’s Mr. Lockwood, it was a beautiful, solitary place, “a perfect misanthropist’s Heaven.”

Here’s where to get to the heart of Yorkshire’s abundant literary heritage.

West Yorkshire may just have been featured on National Geographic’s Cool List for 2019, yet residents and writers, of which there are plenty, have long recognized its greatness.

Start with the region’s most famous former writers-in-residence: the Brontë sisters.

Start with the region’s most famous former writers-in-residence: the Brontë sisters. Their works, from Jane Eyre to The Tenant of Wildfell Hall, have transported readers to the blustery, expansive moors of Yorkshire for nearly two centuries. Head to the Brontë Parsonage in Haworth for an insight into their lives, as well as a peek at the landscapes which inspired them, or detour to Top Withens, the farm reimagined by Emily as Wuthering Heights. Listening to Kate Bush on the drive up there is, of course, optional but entirely recommended.

For poetry, not prose, hike into the glorious hills and mountains of the Pennines, and read the Stanza Stones. Pip Hall carved seasonal verses by Simon Armitage into these six vast boulders, situated between Marsden and Ilkley. (Hall also worked on the Brontë Stones.) 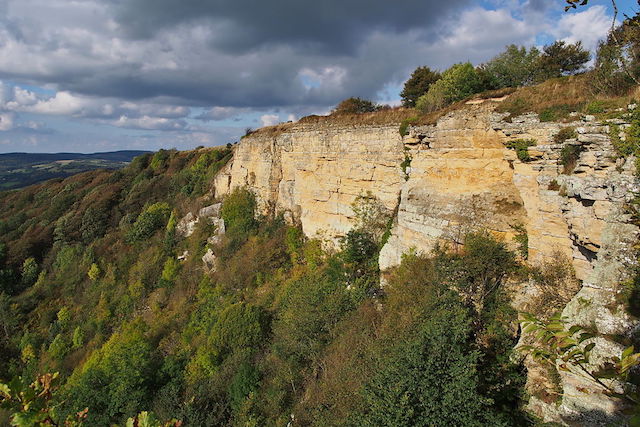 In Heptonstall, pay your respects at the headstone of the poet Sylvia Plath. Plath spent time in West Yorkshire during her turbulent, destructive marriage to Mytholmroyd-born poet Ted Hughes, and in “November Graveyard,” she writes of the place she’d eventually be laid to rest: “The scene stands stubborn: skinflint trees / Hoard last year’s leaves.”

The legacy of Hughes, an expert at capturing the peculiarities of life up north and imbuing them with the very essence of Yorkshire’s bleak beauty, looms large in the Calder Valley. In Hebden Bridge—which Hughes described in “The Stubbing Wharfe” as having a certain “shut-in / Sodden dreariness”—stop by the pub of the same name (minus the e). “If this was the glamour of an English pub,” writes Hughes, “it was horrible.” Rest assured that Hebden Bridge is now an altogether more enticing fixture of West Yorkshire’s cultural scene.

Spend an afternoon in South Yorkshire’s Sheffield, the city which served as a backdrop for The History Boys.

Alan Bennett, the Leeds-born playwright with a knack for one-liners, providers a lighter relief. Visit the newly-rebranded Leeds Playhouse and keep your fingers crossed that there’s a Bennett play on the bill, or do as Bennett himself often did in his work and venture beyond West Yorkshire. Stop by the perennially popular Betty’s in Harrogate, North Yorkshire—a tea room referenced in Talking Heads—or spend an afternoon in South Yorkshire’s Sheffield, the city which served as a backdrop for The History Boys. 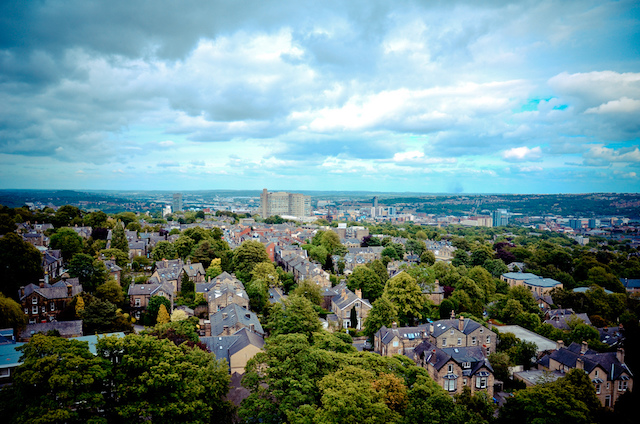 The city of Sheffield in South Yorkshire.

While West Yorkshire overachieves in the literary realm, South Yorkshire somewhat underwhelms. Sheffield, the city at the core of the county, is better known for the Arctic Monkeys than for being the birthplace of author Malcolm Bradbury. Make time for a pit stop in Barnsley, though, and you’ll be privy to the hometown which so informed the work of poet Ian MacMillan, a larger than life figure and so-called Bard of the city.

Hull’s most famous (adopted) literary son, the Coventry-born poet Philip Larkin, once wrote that he wished there was “just one nice thing to tell you” about the city, which anchors this area. But it wasn’t long after his 1955 move to Hull that he began producing some of his best work, including the evocative 1961 poem “Here” and The Whitsun Weddings collection published in 1964, eventually proclaiming that “a place cannot produce poems: it can only not prevent them, and Hull is good at that. It neither impresses nor insists.” Begin your exploration of Larkin’s Hull in the train station, where a statue of the poet stands tall, before making your way to the Royal Hotel with its “Clusters of lights over empty chairs / That face each other, colored differently” which he depicted so lucidly in “Friday Night in the Royal Station Hotel.”

With its pervasive Gothic gloom and atmospheric Abbey, perched high on a hill above the coast, Whitby seems designed for a vampire novel.

Larkin isn’t alone in his indebtedness to Hull. J.R.R. Tolkien laid the groundwork for his Middle Earth mythology during an 18-month esconcement in East Yorkshire towards the end of the First World War. Whether the lush greenery of East Yorkshire alone—which is more than vaguely reminiscent of The Shire—was a direct influence on the author remains hotly debated by Tolkien scholars to this day, but one thing is for sure: inspiration for Beren and Lúthien struck in an East Yorkshire wood. Hardcore fans who don’t wish to stick to Hull, just one tip of the so-called Tolkien Triangle, can trace Tolkien’s steps even further afield, visiting Wetwang (a comically-named village that shows up in The Lord of the Rings) or Kilnsea (where he served in the Royal Defence Corps). 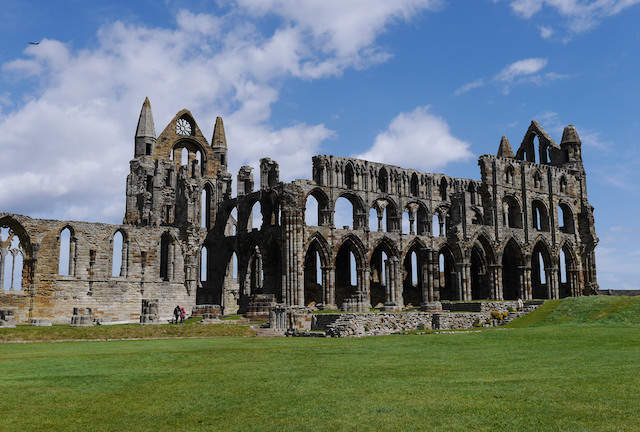 Historically, trips to Yorkshire seem to prove fruitful for visiting interlopers, as it was a visit to England which prompted Bram Stoker to include Whitby, a small North Yorkshire seaside town, in Dracula. Visitors will immediately understand why: with its pervasive Gothic gloom and atmospheric Abbey, perched high on a hill above the coast, Whitby seems designed for a vampire novel. Follow in the footsteps of Bram (and Dracula) by hotfooting it up the 199 steps that lead to the abbey and exploring the grounds as night falls, or head instead to the biannual Whitby Goth Weekend.

Moving up the coast to Scarborough, immerse yourself in some more Brontë backstory. While her sisters leaned towards evocative depictions of their native West Yorkshire moorland, the too-often overlooked Anne Brontë favored the former spa town of Scarborough. In Agnes Grey, she wrote of the town’s South Bay, “when my foot was on the sands and my face towards the broad, bright bay, no language can describe the effect of the deep, clear azure of the sky and ocean.” Look for the historic, tawny-colored Grand Hotel, where Anne passed away at just 29, and the blue plaque commemorating her life before searching for her (error-riddled) headstone in the St. Mary’s churchyard.

Inland, the life and work of veterinarian-turned-writer Alf Wright, better known as James Herriot, can be explored in the tiny town of Thirsk. It was there that Herriot spent much of his adult life working as a vet, and his former practice has since been converted into The World of James Herriot Visitor Attraction. Down the road, few realize that Alice in Wonderland author Lewis Carroll mined Ripon Cathedral for inspiration: take a close look at the carvings on the choir benches and you’ll see a bunny evading capture by flitting down a hole. In Harrogate, fans of Agatha Christie can hole up in a very different way at the Old Swan Hotel, to which the writer herself disappeared for ten days back in 1926.

However, if one spot were to dominate North Yorkshire’s narrative it would be the North York Moors, some of the most canonized peaks in English literary history. Frances Hodgson Burnett’s The Secret Garden perhaps most famously brought to life the whistling winds and seemingly endless bleakness of the place, while South Yorkshire-born novelist Gervase Phinn evoked them in quite a different manner. By way of his fictional “Backwatersthwaite” and “Ugglemattersby,” he good-naturedly poked fun at the obscurely-named nature of many a Yorkshire village. Sadly, you can’t visit either.

Lauren is a freelance travel writer who splits her time between Mexico and Yorkshire, writing about the things she eats, drinks and reads along the way. You can find her work in many corners of the internet, including BBC Travel, CNN and Broadly, or just read her tweets @laurencocking.

The 15 Best Book Covers of January 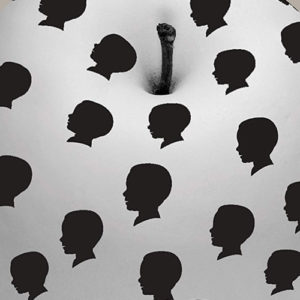 The 15 Best Book Covers of January