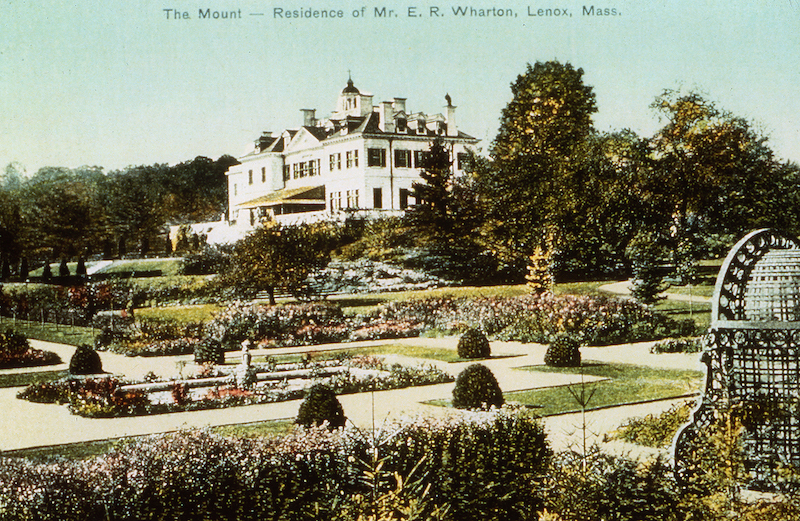 On Planners, Plungers, and Different Approaches to Writing a Novel

Don Fry, author of Writing Your Way, notes that writers can be divided into Planners and Plungers: “PLANNERS create a plan and follow it; PLUNGERS discover what they want to say by typing.” John McPhee is perhaps the most eloquent and entertaining spokesperson for the Planners camp, with his dictate that establishing a structure frees us to write. For his counterpart in the Plungers camp, we have E. L. Doctorow with his aphorism: “Writing is like driving at night in the fog. You can only see as far as your headlights, but you can make the whole trip that way.” It’s a gutsy analogy, but for the Planners among us, the mere thought of driving at night in the fog only able to see a triangle of light is terrifying. Clutching the wheel and staring into the dark, we experience too much anxiety to detect in our peripheral vision the dirt road where, if we turn, we will discover a pot of inspired gold—although what we plan, as novelist Kate Atkinson has described her own process, may be more structure than plot.

Coming to fiction from an earlier career as a psychoanalyst, my approach to novel-writing borrows from that training. Whereas some therapists, to use Fry’s word, plunge into the treatment at the first meeting with a patient, I was schooled to utilize the initial encounters as an evaluation period geared at gathering sufficient information (both what the patient recounted and what I experienced) to make a working formulation that would then guide the treatment recommendations.

Of course, once the therapy got under way, the story that emerged was always different from the early narrative, but this doesn’t invalidate the worth of having in the back of my mind that a patient’s birth had followed a mother’s miscarriage or that his earliest memory was of a dog who’d lunged at him on the street—material that might not have been revealed for years or ever without the direct inquiries of these early sessions.

Similarly, with my novels, I flesh out a great deal about my characters before I begin what I consider the actual “writing”—notes that resemble case studies, including not only characters’ histories (who were their grandparents, playmates, first sexual partner) but also descriptions of how and what they feed (or do not) their families and in what sort of room and bed and sheets they welcome (or do not) their lovers. Most of what is in these notes does not make it into the novel, and what characters do when I let them loose on the page is often unexpected, but I never regret having nailed down what they see out their window as they lie down to sleep.

As do many writers, I frequently set my fiction in my hometown—in my case, Manhattan. I pick the street and sometimes even the building where my characters live, study floorplans, figure out how they have renovated or reorganized the rooms, select their furnishings. Obsessive as this may sound, as Rebecca Makkai, who also sketches out her fictional houses, notes, it’s perfectly natural: “What else do writers do, all day long, but try to convince the world that our imaginary castles are real?”

With my second novel, Tinderbox, it was particularly critical that my imaginary castle—the brownstone where the pivotal events unfold—be as vivid to me as my own home. I needed to see the bay window where my protagonist, Myra, and her daughter sit together on the roll-arm couch that had once belonged to Myra’s parents, the sink in the fourth floor bathroom where Myra fills a paper cup with water after the young woman she’s hired to help with her grandson wakes with night terror screams, the closet in the music room where her son hides his pornography.

Rebecca Makkai also sketches out her fictional houses: “What else do writers do, all day long, but try to convince the world that our imaginary castles are real?”

In my new novel, The Peacock Feast, furnishings and interiors loom even larger, with the main character, Prudence, the daughter of a gardener and a maid who’d worked at Louis C. Tiffany’s fantastical Long Island estate, turning her early aptitude for drawing into a career as a decorator. Soul-sickened by how often the things she assists her nouveau riche homeowners in buying are primarily social markers—ways of telegraphing their wealth—Prudence comes to believe that what makes an abode a home rather than a showroom is that a home holds the narrative history of its residents. With a home, the interior design reflects the interior life of its creator.

Given my preoccupation with these ideas, it came as a lovely surprise to learn that Edith Wharton’s first book, The Decoration of Houses, written with architect Ogden Codman and published in 1897, was a treatise on interior design. In this charming and at times preachy book, Wharton presents her philosophy of home decor: “The golden mean lies in trying to arrange our houses with a view to our own comfort and convenience.” Underlying the practical suggestions is a moral argument with the Gilded Era ostentation of overstuffed, stifling rooms guided by fads and ignorant of the classic principles of proportion—a theme Wharton would turn to in her fiction, where her characters’ rooms reveal character in the psychological and moral sense. Meeting Lawrence Selden in the opening pages of Wharton’s The House of Mirth, we see his values in the choices he has made for his bachelor lodgings: the walls of books, the pleasantly faded Turkish rug, the flower box on the balcony that delivers a lovely scent through the muslin curtains.

It’s easy to imagine Edith Wharton’s notebooks including, along with her various plot outlines and genealogy diagrams, notes about her characters’ homes. How, though, might a Plunger, who focuses in the fog of creation only on what lies in the six feet ahead, convey interior spaces? With this question in mind, I revisited Doctorow’s final novel, Andrew’s Brain, told through the voice of a cognitive scientist in the throes of grief. Whether Andrew ever knew or cared if a chair is a Stickley or Le Corbusier, he most certainly does not at the moment when he knocks on the door of the house where his ex-wife, Martha, who left him after he accidentally killed their baby by giving her the wrong medicine, lives now with her new very large husband. In Wharton’s novels, the interior spaces seem to exist independently of her characters; we see them as though entering the rooms ourselves. By contrast, in Andrew’s Brain, we see only through Andrew’s eyes, the descriptions of homes all ultimately pointing back at his own shattered self-regard: a broken-down farm with a broken screen door and a flypaper strip hanging from a light cord; his ex’s “large well-appointed house, much grander than the house he and Martha had lived in as man and wife.”

Indeed, the novel feels as though it was written in accord with Doctorow’s description of moving through darkness with eyes locked on what is directly ahead: as readers, we trail behind Andrew as he haplessly travels cross-country with his new wife, able himself to only see within a cone of light. It’s a perfect marriage of content—a man observing his own consciousness in a blinkered grief—and writing process. Were Doctorow to have sketched out any of the places where Andrew stays, they would have acquired a solidity that belies the very texture of the narrative where the broken-down farm floats between memory, fantasy, and dream.

Which brings me to another aphorism by Doctorow, one with which I wholeheartedly agree: “When you’re writing a book, you don’t really think about it critically. You don’t want to know too well what you’re doing. First, you write the book, then you find the justification for it.” With The Peacock Feast, I would come to see that I was unravelling an idea with which I’d begun: that the importance of our homes is in part because they convey fundamental aspects of who we are. Facing the end of her life in her perfectly tasteful, perfectly serene rooms, Prudence grapples with the bitter reality that decoration, with its emphasis on pleasing surfaces and its rejection of that which is ugly, has neither allowed her to fully express herself nor given her a life. Her rooms, as will those she has created for clients, will be ultimately trashed or replaced: the only legacy she will leave will be in the impact she has had on others, and there she has been woefully reticent.

Here, though, is the irony: as Prudence’s creator, I could not have understood her had I not known that she hangs a series of abstract paintings she bought at the Art Students League show on her dining room wall, pieces her long-deceased husband would have forbidden, or that she places a vase of blood orange and kingly purple dahlias, flowers her gardener father would have known, in her otherwise moon-toned living room. Or that when she looks up from her single bed, what she sees on the ceiling is a plaster rosette of acanthus leaves.  Leaves a teacher had once pointed to in the capitals of Corinthian columns.  A bed that in the moment of her dying will dissolve as swallows slash the sky in the V-formation she’s watched for half a century from the windows of the rooms she so artfully furnished.

Lisa Gornick is the author of The Peacock Feast, Louisa Meets Bear, Tinderbox, and A Private Sorcery. Her stories and essays have appeared widely, including in The New York Times, Prairie Schooner, Real Simple, Salon, Slate, and The Sun. She holds a BA from Princeton and a PhD in clinical psychology from Yale, and is on the faculty of the Columbia University Center for Psychoanalytic Training and Research. A long-time New Yorker, she lives in Manhattan with her family.

The Art (or Non-Art) of the Cinematic Dictionary Open 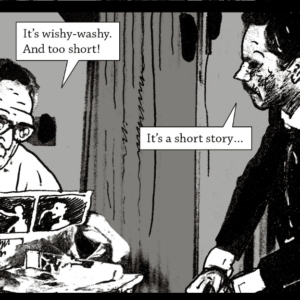 Translated from the Czech by Martha Kuhlman and David Randl Used with permission of Words Without...
© LitHub
Back to top