In Search of the Surreal at the Leonora Carrington Museum

A Sculptor, Writer, and Feminist Pioneer Who Defied Categorization

In the courtyard of the Leonora Carrington Museum at Centro de las Artes in San Luis Potosí, Mexico, a large bird captain steers the bird passengers of his bird boat across a lake. The arts complex lies at the center of the city, flanked on three sides by high brick walls, and on the fourth a pedestrian walkway, lined with trees, which leads into downtown. Restaurants, bars, book stalls, street markets, and art exhibitions—pop-up or officially organized—are everywhere, along with Carrington’s face, plastered across billboards, on placards outside the Cultural Center, and facing the Jardín Hidalgo. The neighborhood was still celebrating the museum, which opened in the spring.

I arrived late, and it was winter, so the sun was setting fast. The quiet courtyard was where I came across the few other late afternoon visitors. In the dimming light, the white stone statues of the birds were faintly glowing, wings hanging limply at their sides. Carrington’s birds do not fly, but they are not trapped because of it. Her sculptures ask us to reimagine what we know of reality: birds do not fly, they sail. Stags do not trot on four hooves but stand on two feet, hands raised.

Carrington was able to access other worlds in her visual art and writing by inhabiting the space between consciousness and dreaming. Her characters are drawn from the animal world, mythology, and spirituality, and placed in recognizable contexts, able to communicate between species, allowing for freedom of interpretation and imagination. Perhaps it is a stroke of metaphoric luck that the Centro de las Artes in San Luis Potosí was constructed inside a former jail, a reimagining of a space originally designed to confine and punish into a space of freedom of artistic investigation. 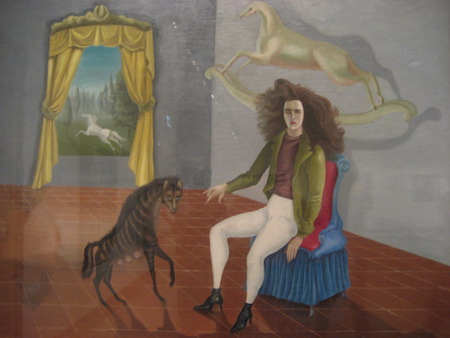 “Self-Portrait” by Leonora Carrington appears at the Metropolitan Museum of Art.

It was not only in her work that Carrington resisted confinement; her life was punctuated by escape and a re-envisioning of her place in the world. Born in 1917 in Lancashire, England, to a textile tycoon father, she rejected her family’s wealth and the vision for her future that came with it. Her early experiences of high society, Gothic estates, and coming out balls found their way into her writing, albeit with a fantastical makeover. In her 1937 story “The Debutante,” a lonely rich girl befriends a hyena who offers to impersonate her and attend her ball in her stead. Unfortunately, in order to pass as the human girl, the hyena must “dress” as the maid, and all hell breaks loose. This story is included in the 2017 Dorothy Project collection, The Complete Stories. A self-portrait adorns the cover of the collection; in it, a wild-haired Leonora reaches a hand out to a hyena, whose breasts swell large with milk.

The publication of this collection, alongside that of Down Below, a memoir, by the New York Review of Books the same year, and the opening of two museums in San Luis Potosí in 2018, reveal a renewed interest in her oeuvre. Now, as critics seek to expand the definition of the canon, they are treating Carrington’s work—which created a space for women in scenes dominated by men—with a new urgency. Carrington’s literary, visual, real and dream worlds were heavily intertwined. “I haven’t been able to reconcile image world and word world in my own mind,” she once said. Her lengthy and unflinching artistic trajectory and refusal to dedicate herself to one sole field are appealing in an age where artists are encouraged to brand themselves in order to increase recognition and profit.

“I didn’t have time to be anyone’s muse. I was too busy rebelling against my family and learning to be an artist.”

It was in the pages of the book Surrealism by Herbert Read, gifted to her by her mother, that the young Carrington first came into contact with the German artist Max Ernst. The reproduced work Two Children Threatened by a Nightingale gave her a style of art, outside of realist representations, to which she could relate. In 1937, she met the artist himself, 27 years her senior, and fled with him to France. Carrington represented to Ernst the femme-enfant, whose youth signified proximity to mystery and sexuality. On Carrington’s part, Ernst represented escape from her sterile, upper class upbringing. He encouraged her in her painting and her writing, though Carrington was ever-wary of critics and biographers mythologizing this period in a way that characterized her as a muse or reduced her own artistic output. The walls of the Leonora Carrington museum display her quotes, with one reading, “I didn’t have time to be anyone’s muse. I was too busy rebelling against my family and learning to be an artist.”

A short time later, Ernst was arrested and sent to a concentration camp, and Carrington descended into a grief-inflicted period of mental illness. She escaped France to Spain, where intense visions related to the Nazi invasion and erratic public behavior in Madrid led to her confinement at the hands of male emissaries of her father in a sanatorium in Santander. In the sanatorium, Carrington was abused by those who were tasked with caring for her, and meanwhile dreamed of a place of freedom called the Down Below. From this came the title of her memoir about this period, a slim volume which represents a valuable account of mental illness from a position of hindsight. “I am afraid I am going to drift into fiction, truthful but incomplete,” she says of her early days of confinement. “For several days I acted like various animals… I was tied down like a wild beast.” 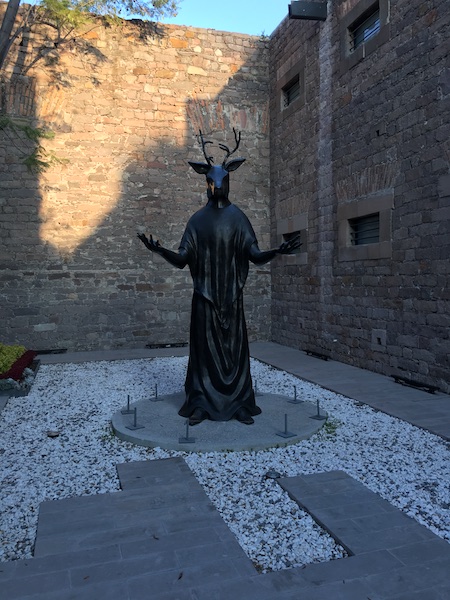 She describes her delusions from a place of new clarity, refusing to afford them sentimentality. “I was locked up in a hotel room, in the Ritz. I felt perfectly content; I washed my clothes and manufactured various ceremonial garments out of bath towels in preparation for my visit to Franco,” she writes.

Her nanny is sent by her father to rescue her, but the book ends with her hiding out in the Mexican embassy in Lisbon—once again, she insists on being the agent of her own liberation—where she awaits the Mexican poet Renato Leduc. Her and Leduc married soon after and fled Europe together by boat.

Carrington wrote in all her spoken languages, and did not consider unfamiliarity a barrier. Her gaps in French and Spanish vocabulary became part of her writing style and account for her direct, unemotional tone. The memoir we have is a retelling—since the original English manuscript was lost, she narrated this version in French in 1943, then translated it back into English. Carrington’s blurring of fact and invention, and reality and dreams, mark this book as a representative part of her oeuvre.

“If all the women of the world decided to put a halt to the explosion of the global population, stood against war, sexual and racial discrimination, and forced the men in power to work to ensure the continued survival of the planet, it would be a true miracle.”

Carrington chose to remain in Mexico for the rest of her life, with some long periods in New York where she would only travel by train or bus, a 69-hour journey. Carrington adored Mexico; in Mexican novelist Elena Poniatowska’s biography Leonora, Carrington is disconcerted by a cafe in Houston refusing to serve women or Leduc due to his nationality during their journey south of the border from New York. Arriving in Mexico City for the first time, Carrington sees the horses and their riders and exclaims, “This country is for me, it belongs to the horses.” She felt drawn to the architecture, indigenous religions and mythology that blended with the Catholic faith, and above all the market, where she spent many hours at brujería stands, learning the significance of different animals and plants. “You could say the marketplace is the door to other worlds,” she said. 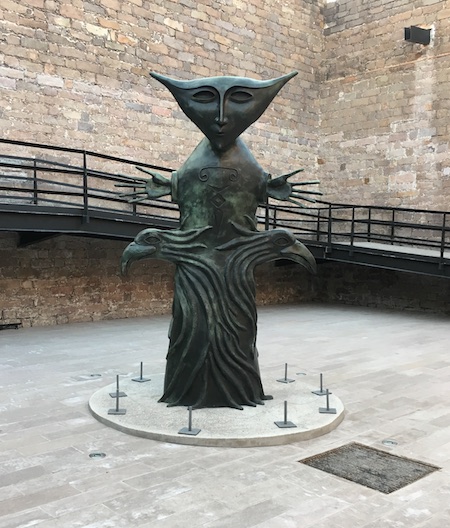 Carrington continued to make work right up to her death at 94 in 2011. In her later life, Carrington’s most important relationships were those with other women, including Poniatowska, Mexican artist Frida Kahlo, the Spanish painter Remedio Varos who also fled to Mexico during the war, and her biographer Marina Warner, who wrote the introduction to Down Below. She became an active participant in the movement for women’s liberation in Mexico, and her poster for the feminist group Mujeres Conciencia in 1973 which depicts two Eves feeding each other the apple in celebration of women sharing knowledge. The museum’s walls display a quote from Carrington: “If all the women of the world decided to put a halt to the explosion of the global population, stood against war, sexual and racial discrimination, and forced the men in power to work to ensure the continued survival of the planet, it would be a true miracle.”

Recipes and Wisdom from the Late, Great Ntozake Shange 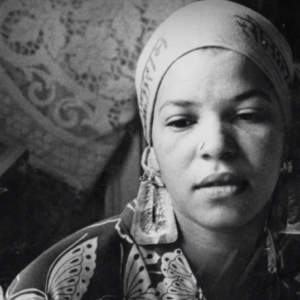 Recipes and Wisdom from the Late, Great Ntozake Shange

Once again, she held the box of cookies in front of me. I took another cookie but she kept the box there, in the same place....
© LitHub
Back to top
Loading Comments...