TODAY: In 1595, Shakespeare’s Richard II is possibly acted at a private performance at the Canon Row house of Sir Edward Hoby, with Sir Robert Cecil attending.

Remembering the great William Gass, his life and his writing advice • Laura Ingalls Wilder and one of the greatest natural disasters in American history: when a trillion locusts ate everything in sight • “If you going to write anything, take it seriously.” In conversation with the legendary Samuel Delany: Parts one and two • Short stories are not quick literary fixes: Brandon Taylor has some issues with the so-called attention economy • Why is a tech start-up hosting poetry readings? And is it working? • Ursula K. Le Guin: who cares about the Great American Novel? • The fight for non-human rights: can an artist’s work bring justice to captive elephants? • Sally Rooney wants to start the revolution: talking to the author of Conversations with Friends about class, care, and more • The downloadable brain: we’re closer to immortality than we think (at least the super-rich are) • Why does everyone hate semicolons? On our love-hate relationship with punctuation

A Remarkable Dreamlike Fable: Rachel Ingalls’s Mrs. Caliban • “wonder, passion and gratitude never seem to flag in Sacks’s life”: Nicole Krauss on Oliver Sacks’ final book • “We love apocalypses too much”: a 1964 New York Times review of Saul Bellow’s Herzog • Secrets of the Book Critics: Vox’s Constance Grady on The Handmaid’s Tale, Lolita, and Portraits of High School Sociopathy • The Marvelous Grotesquerie of Katherine Dunn’s Geek Love • In the wake of his passing, a look back at a 1966 review of William Gass’s debut novel • The Best Reviewed Books of the Week, featuring inter-species romance, nuclear Armageddon, Herbert Hoover, jellyfish, and more

An Apology From Our Editors 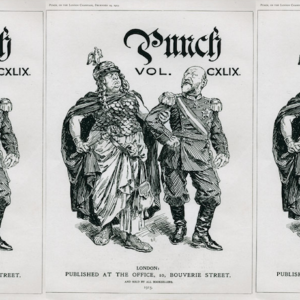 Remembering the great William Gass, his life and his writing advice. | Literary Hub The downloadable brain: we’re...
© LitHub
Back to top