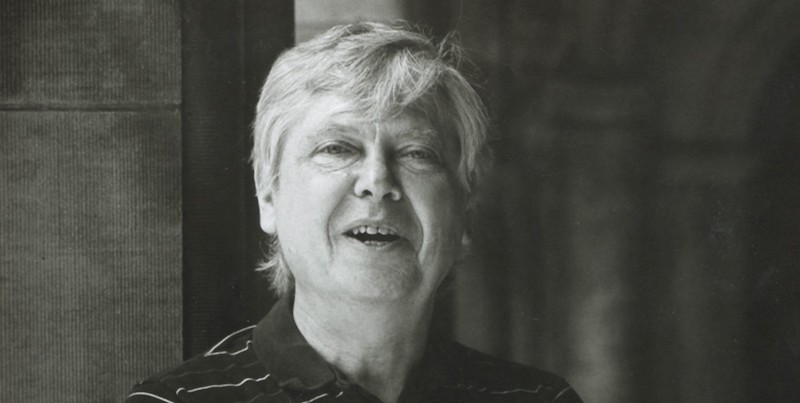 "It must be epiphanous, yet remain an enigma."

“I began by telling a story to entertain a toothache.” Letters, sentences, paragraphs: for William Gass, they were all as tactile as mud. He loved words. He loved to turn them outside-in; he longed to cross our eyes before setting us straight. He was a cousin to Gertrude Stein and James Joyce, but was something else entirely. Don’t you dare call him a Midwestern writer: “I never had roots,” he said.

He was baptized by books. First the lofty lines of Malory’s Le Morte d’Arthur, how he hung on Guinevere’s words to Launcelot: “Go to thy realm, and there take thee a wife, and live with her with joy and bliss, and I pray thee heartily pray for me to our Lord, that I may amend my misliving.” He said that last “aching” phrase, amend my misliving, turned him loose—a boy born in North Dakota but raised in Ohio.

Ohio, full of “factory smoke, depression, household gloom, resentments, illness, ugliness, despair, etcetera, and littleness, above all, smallness, the encroachment of the lean and meager.” Gass could be petty as he rode the salt of his litanies, but he was also damning: “I won’t be like that, I said, and naturally I grew in special hidden ways to be more like that than anyone could possibly imagine, or myself admit.” Books—Kafka, Carroll, Sterne, Proust, Conrad—were the only things that could save him. He wanted “a soul, a special speech, a style.” He wanted “to make a sheet of steel from a flimsy page.” A way to steel himself.

While writing his dissertation at Cornell, “A Philosophical Investigation of Metaphor,” Gass was also writing fiction, including “The Pedersen Kid,” a nightmarish and comic romp of a Swedish-American family through a Dakota blizzard. It was that story that entertained his toothache, a process that he explained in his meandering preface to In the Heart of the Heart of the Country. Those were the first words I read of Gass: him talking about the struggle of writing.

“The material that makes up a story must be placed under terrible compression, but it cannot simply release its meaning like a joke does. It must be epiphanous, yet remain an enigma. Its shortness must have a formal function: the deepening of the understanding, the darkening of the design.” I suspect that Gass would bristle at being called inspiring, so let me instead call him generative. No other writer makes me want to write words more than Gass. No other writer convinces me that language—its lifts and lows and lies—might transform our tired ideas into something alive.

He did this with the darkest of humor, a sickness unto death that would make Kierkegaard blink. When thinking of a reader, he asserts: “I know which of us will be the greater fool, for your few cents spent on this book are a little loss from a small mistake; think of me and smile: I misspent a life.” This anxiety and anger comes from an understandable place: if you love language as much as Gass, then to fail, to fall short, is heartbreaking. “I have this feeling about all the arts: unless you are among the best you are nothing.” Was he talking about himself?

Gass was such a great reader because he remembered the pain of his own lines. “If I’ve a botch at the beginning, I have to keep fiddling around until I have somehow fiddled it into a squeak, the squeak into the score . . . When one section is singing, it sings the rest.” He read not for plot, but for language and rhythm (this, I think, is why he was more attracted to the acoustics of Joyce than the linguistic cartography of Faulkner).

He wrote for language and rhythm as well. Although an agnostic Protestant, he loved the liturgy of literature; it couldn’t have been the small parish drama that drew Gass to the short fiction of J.F. Powers, but instead the otherness of Catholic ritual pulsing below the floorboards of the rectory. Throughout Gass’s fiction there is another world waiting to break free, to remind us of our oddities.

It was Gass’s strangeness, structured in precise language and uncanny metaphor, that made me return to his work. The cold incantations of “The Pedersen Kid” were mimetic and metafictive in the same moment; certainly Gass was some kind of magician? A philosopher who could make me feel?

I wrote Gass an email in 2003. I’d found his address on some defunct listserv, and didn’t expect him to respond, but he did the next day, and I have saved the letter ever since. I’d asked him about his 1978 debate with John Gardner at the University of Cincinnati’s Fiction Festival. The event’s organizer, Tom LeClair, had told me that Gass and Barth were “mutually admiring.” Fireworks could be expected between Gass and Gardner.

Even before that public debate, Gass said he and Gardner “had long lubricated arguments around kitchen tables.” He’d spent a weekend at Gardner’s farm in Carbondale, and I can only imagine their stubborn talk. Gass told me he liked Gardner and “always admired (and envied) his energy, engagement, and facility,” but thought Gardner “got too close to his students.” Gardner enjoyed “being a mentor and a guru and believed he had answers.”

In contrast, Gass had “diligence and taste, and a highly trained skepticism.” Gardner “was confident about moral values, I was sure of my esthetic ones. He wrote, he said, to uplift mankind. All I want to do is kick it in the ass.”

Although he was a jester, a current of loneliness flows through Gass’s notes on writing. “Few of the stories one has it in one’s self to speak get spoken, because the heart rarely confesses to intelligence its deeper needs; and few of the stories one has at the top of one’s head to tell get told, because the mind does not always possess the voice for them. Even when the voice is there, and the tongue is limber as if with liquor or with love, where is that sensitive, admiring, other pair of ears?”

But they connected with me. I know I am not the only one to have been stirred by his oblong way of looking at the world, and nudged forward by the final words of his preface—to imagine a reader who shadows the page like a palm, a reader who will “blossom on the other side with pleasure and sensation . . . from the touch of mind, and the love that lasts in language.” Yes. “Let’s imagine such a being, then. And begin. And then begin.” 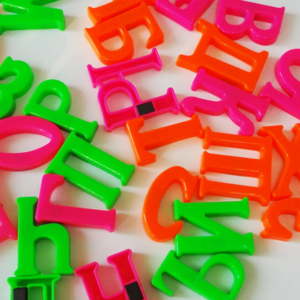 I came to Russian poetry late in life. I had already read the novels—Dostoyevsky and Tolstoy, Bulgakov and Turgenev—and...
© LitHub
Back to top